This is the Isdera Spyder 036i, just 14 are believed to have been made by the secretive German automaker, and the example shown here might just be the fastest of them all.

Isdera first introduced the Spyder 036i in 1987, it was the newly updated version of the Spyder 033i which had been unveiled in 1982. Both cars feature a tubular steel spaceframe chassis with a lightweight fiberglass body, and a mid-mounted engine from Mercedes.

Fast Facts – The Isdera Spyder 036i

The cars built by Isdera are prized by their owners, relatively few can afford them and many of those than can are put off by the minimum 12 month wait time – as each car is built specifically for each customer. 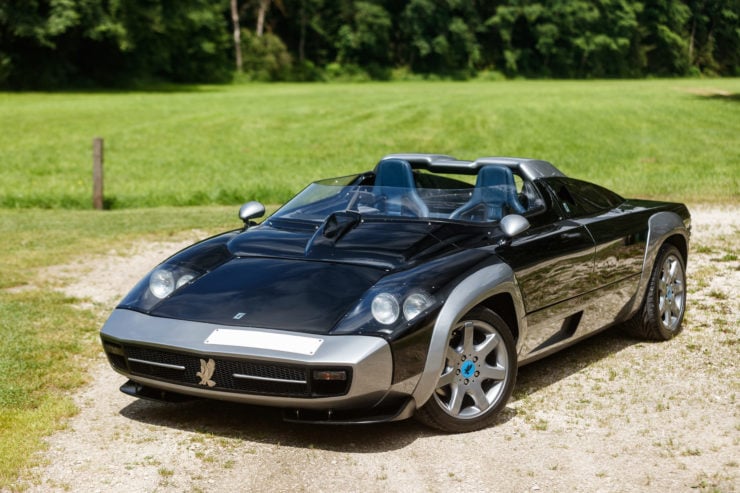 The design of the Spyder 036i is closely related to the earlier 033i from 1982, and there’s a strong family resemblance to the Isdera Imperator 108i supercar.

The company was founded due to the stubbornness of former Porsche designer Eberhard Schulz, he had developed the 1978 Mercedes-Benz CW311 concept car but Mercedes opted to not put it into production. So Schulz decided to do it himself.

A new tubular steel spaceframe chassis was designed, a 5.0 liter Mercedes V8 was fitted behind the driver compartment, and a lightweight body was formed from fiberglass. Schulz called it the Isdera Imperator 108i, and it was one of the most futuristic production supercars in the world when it was unveiled in 1984.

The success of the first cars released by the company, the Spyder 033 and the Imperator 108i ensured its ongoing success, despite their high prices and 12 month wait times. The only way to order a car was to call the CEO on the telephone and chat to him directly.

The company remains in business today, it’s released a number of models over the years including the Spyder and Imperator mentioned above, as well as the Commendatore, Autobahnkurier, and the 100% electric 2018 Commendatore GT.

The Isdera Spyder 036i 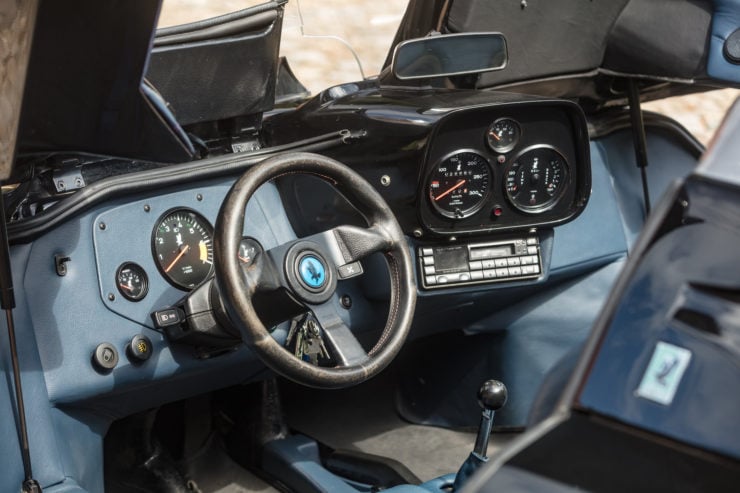 The interior of the car is unique to say the least, the driver has a tachometer in front of them in true race car style, with the speedometer, stereo, and some other gauges off to their right in a separate console.

Much like the Imperator, the Spyder 036i has a tubular steel spaceframe chassis, a fiberglass body, two seats, and a mid-engined configuration with power going to the rear wheels.

The engineering, styling, performance, and handling of the Spyder 036i has been winning it fans for decades. The key issue for enthusiasts is that they’re expensive and exceedingly rare, with just 14 believed to have been made.

The car you see here is a 1989 Isdera Spyder 036i from the second year of the model’s production. It left the factory finished in Black with a Violet leather interior and was delivered to its first owner, Mr Keller, in Munich. 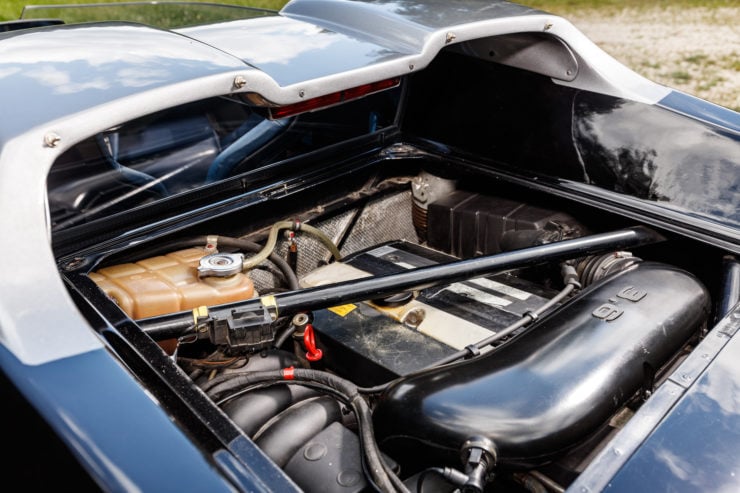 In mid-July of 2011 this car was sent back to Isdera to have some upgrades applied at the company’s factory in Hildesheim, Germany.

The front and rear wings flared and then finished in metallic silver, this allowed larger 16 inch alloy wheels to be fitted, running Toyo Proxes tires. The original Violet interior was stripped out and reupholstered in blue leather, while Recaro Sportster seats were installed, and the door cards trimmed in dark blue to match.

Perhaps the most significant modification happened in the engine bay, the original Mercedes 3.0 liter inline-six was removed and replaced by a more modern 276 bhp 3.6 litrer engine from AMG – offering an almost 30% increase in power at the rear wheels.

Since the conversion works were completed the car has been shown at some events, and it’s now accompanied by a digital history file containing photographs, a letter from Isdera listing the work carried out, and a spare wheel.

If you’d like to read more about the car you can click here to visit the listing. It’s due to cross the auction block on the 14th of may in Monaco. 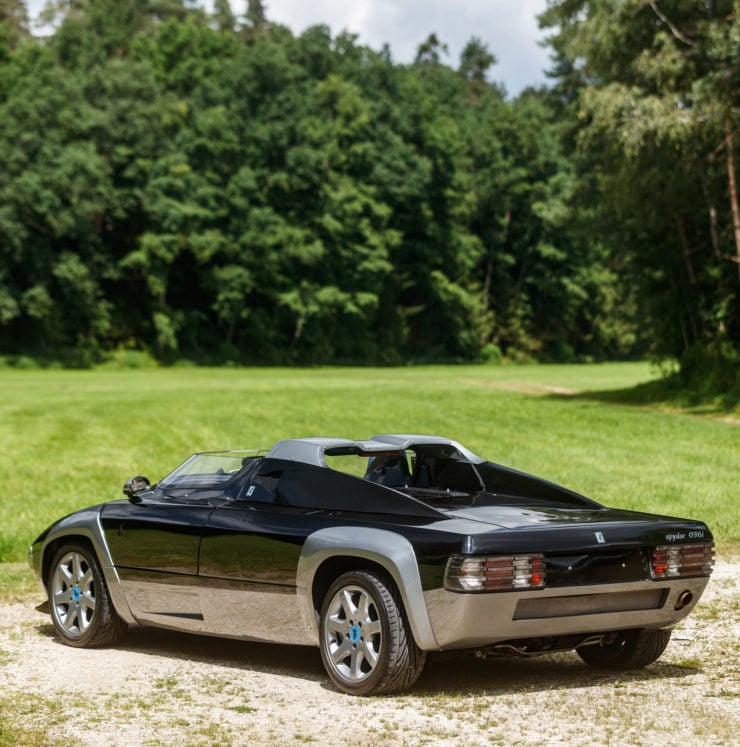 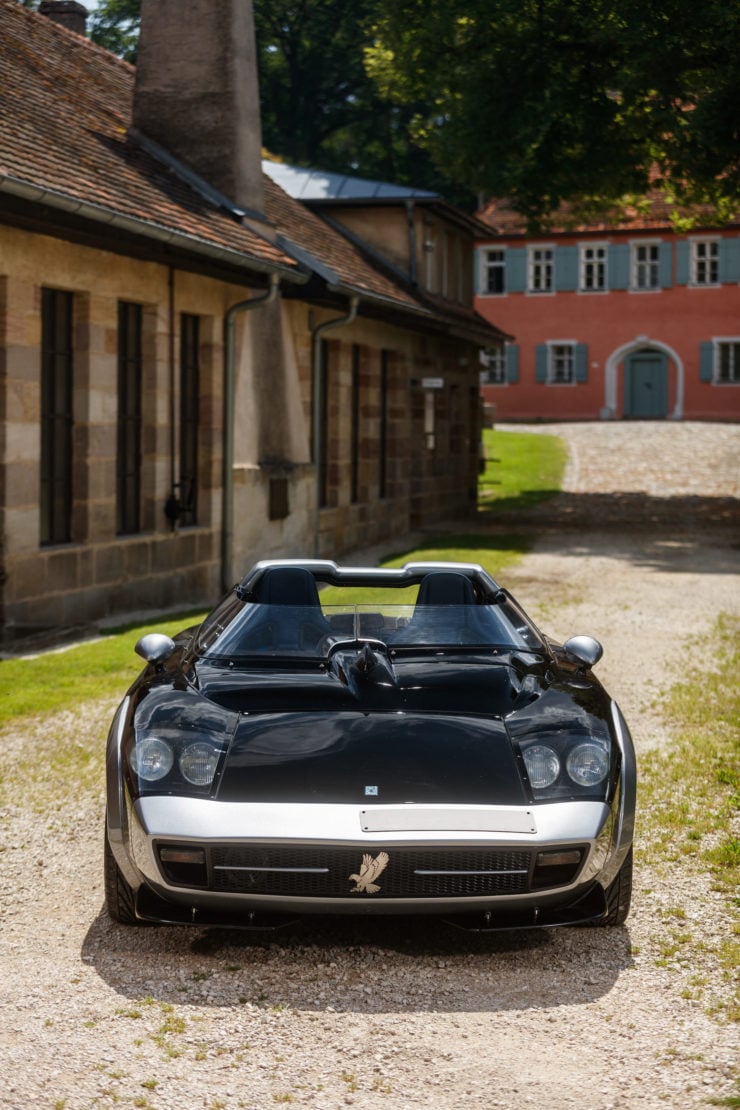 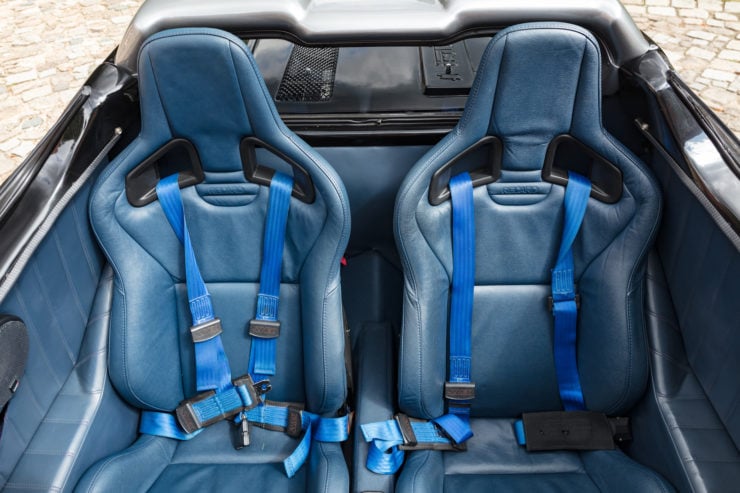 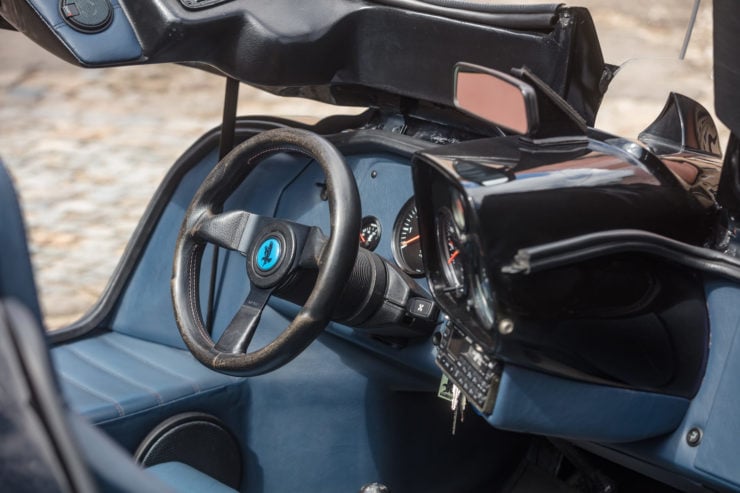 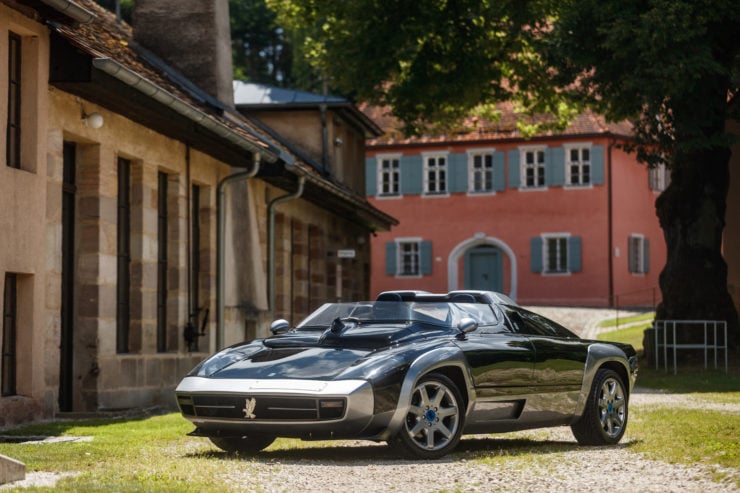 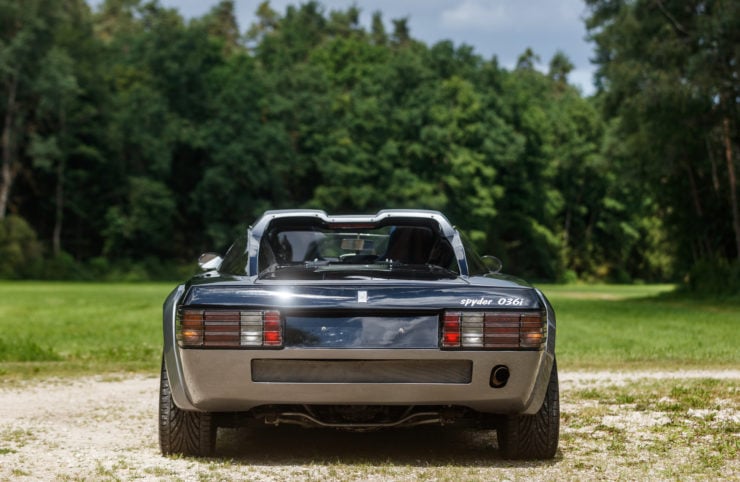 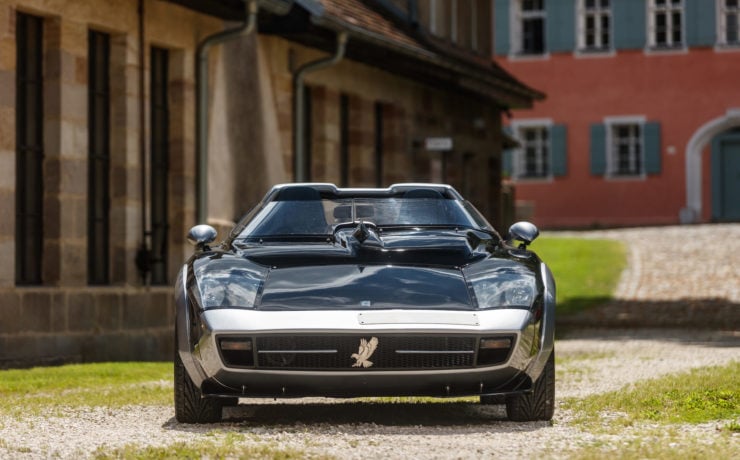 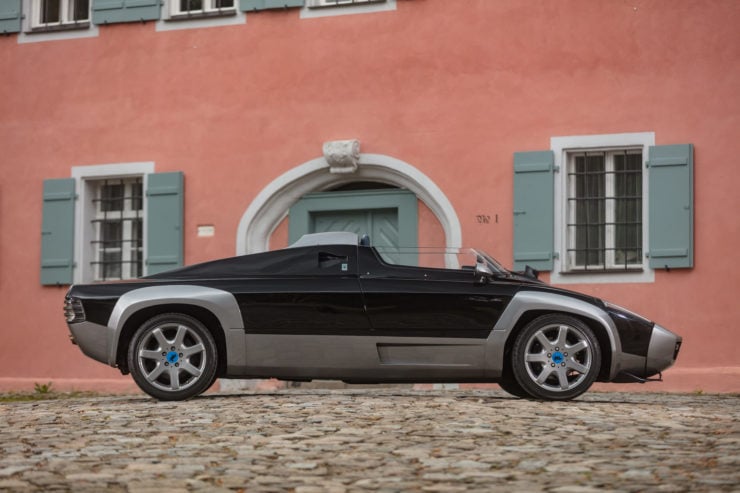 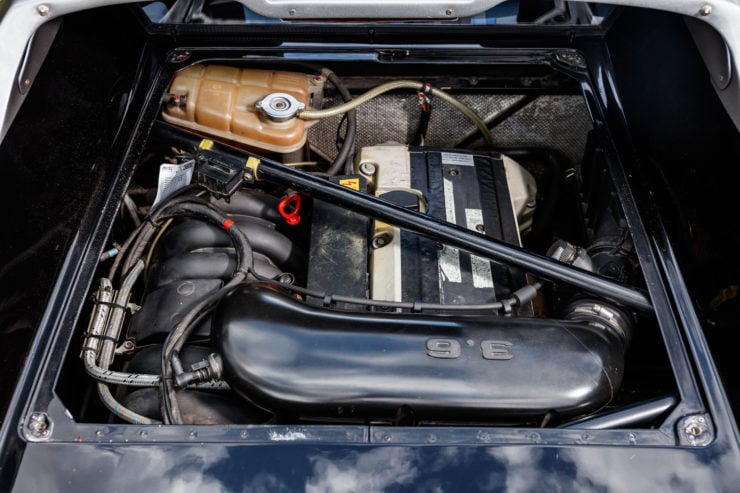 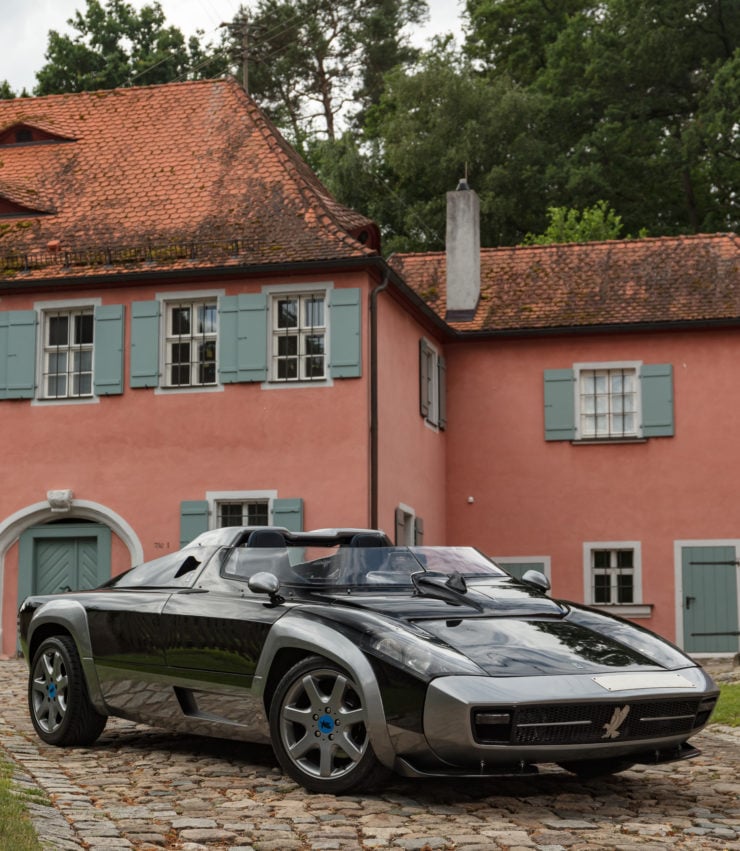