It is many people’s dream to own a supercar in India. They might give you thrill and exclusivity but supercars are not very practical. In fact, there are some things that a regular car can do quite easily in our country where a supercar would struggle a lot.

Use even 10% of the power on public roads

Can’t take them anywhere without researching

With most of the regular cars people just leave for their destination. However, the same cannot be said for supercars. If the roads are broken or there are tall speed breakers then the supercar won’t be able to clear them and get stuck. So, supercar owners either send their cars through flat-bed or they plan the route.

Enthusiasts of India get excited even if there is a new vehicle that has been launched and has been spotted on the road for the very first time. So, you can imagine what a supercar would do. Not even motorists, supercars also attracts the attention of cops who might want to take a picture of themselves with the supercar.

In case our vehicle starts giving trouble then we could just go to a roadside mechanic who can take a look and can even fix the vehicle if it is a small issue. However, that is not the case with a supercar. If it breaks down then you would have to call a flat-bed truck, you cannot even tow it. Then you would need to find a specialized mechanic or an official service centre. This is because such high-performance engines are complicated and if messed up, then it can cause a lot of money to repair them.

Get the car repaired quickly

The spare parts of the supercars are not easily available. This is because they are imported to our country and the spare parts also need to be imported. Getting a supercar repaired in India can take weeks or even months depending on the availability of the part.

Use any fuel station

Supercars run on high power performance engines which means that they are not meant to run on regular petrol. They often require high octane rated fuel which is recommended by the manufacturer. Such type of petrol is not available at every petrol pump. So, you would have to first find a petrol pump that sells high octane fuel. If you use low-quality fuel then it can damage the engine which means big repair costs.

Being discreet in traffic 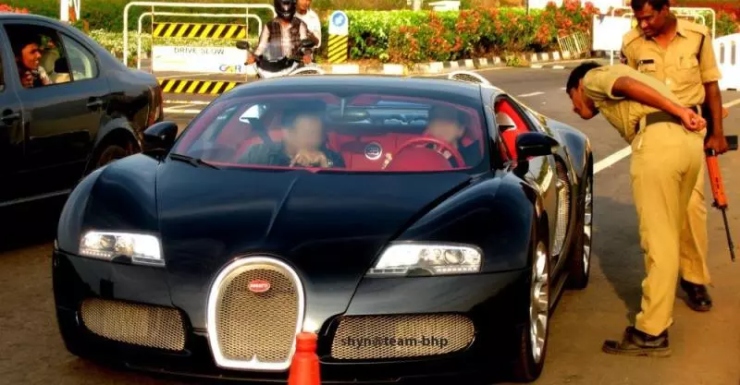 It is quite obvious if you own a supercar then it will attract a lot of attention and will turn a lot of heads. People would start clicking pictures or making videos. They would get excited and try to come close to the car so that they can take a look inside.

Automobile manufacturers consider the types of roads when they have to launch a vehicle in a particular country. Because of this most of the cars that are sold in India have good ground clearance, small rims and tyres with a good amount of sidewalls. However, supercar manufacturers do not tweak their vehicles for specific countries. Speed breakers of our Indian roads can easily damage a supercar because how low they are and how easy it is to scrape their underbelly. This is one of the biggest reasons why people are hesitant to buy supercars in our country.

India is not a country where you can expect other people to respect personal space. People get curious very fast and then they start fiddling with the vehicle. This can cause minor scratches, they might be unintentional but a scratch on a supercar means a hefty amount to repair.

The post 10 things you CANNOT do in a supercar in India that you can do in a regular car! first appeared on Cartoq. Source: Cartoq Read More