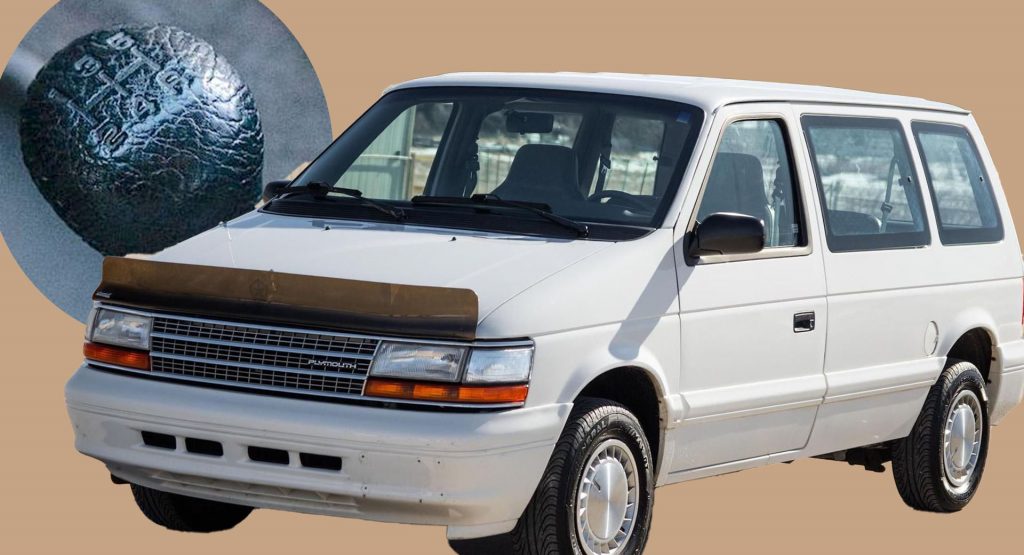 A 1990s minivan is unlikely to top anyone’s list of greatest driver’s cars, but this particular 1994 Plymouth Voyager has one particular feature that has plenty of people excited.

It isn’t the naturally aspirated 2.5-liter engine, which puts out a very modest 100 hp (101 PS) and probably takes at least 13 seconds to propel the Dodge Caravan’s cousin to 60 mph. And it’s certainly not because the Voyager has some kind of sports suspension setup.

In fact, it doesn’t have much of anything. This a real poverty-spec car that was specified from new with manual window winders, no power door locks and doesn’t even, most strange of all, have a third row of seats.

But being a basic car means it does have a five-speed manual transmission instead of the automatic “upgrade” that would have been fitted to more luxurious Voyagers almost 30 years ago. And that’s the feature getting certain people excited.

Related: A 1984 Chrysler Imperial Crown Tourer Could Have Been The Ultimate Luxury Minivan

We suspect that the excitement over the manual transmission is unlikely to be matched by the driving experience. Having three pedals and a stick doesn’t turn a turd into a GT2. It’s still a 28-year old, 100 hp minivan, and being a Brit growing up during the 1990s when almost every car was a manual (and almost half of new cars still are) it would be easy for me to shrug my shoulders and wonder what the fuss is about. But I totally get that, to an American audience, having a manual does make this van more interesting, both to own and to drive.

And the transmission setup isn’t all this second-generation Voyager has going for it. For one, it’s survived the past three decades surprisingly well given that these vehicles were bought to haul families around and often had a tough time. The body (which only features a sliding door on one side) looks mostly straight and free from corrosion, and the gray velour interior is in incredible condition.

The Voyager is currently for sale through the Cars and Bids auction site, and if you want to get your hands on a simple, family-friendly modern classic that might also raise an eyebrow at a Radwood event, get your bids in by March 3.