Kia Seltos is one of the most popular SUV in the segment. It competes with cars like Hyundai Creta, MG Hector in the segment. The SUV is commonly spotted on our roads and the manufacturer is now planning to offer a host of updates to the Seltos SUV. According to a document that got leaked online, the 2022 version of Kia Seltos will be getting several updates and one of them is an iMT (Intelligent Manual Transmission) for the diesel engine variant. The other updates include an improved suspension setup as well. 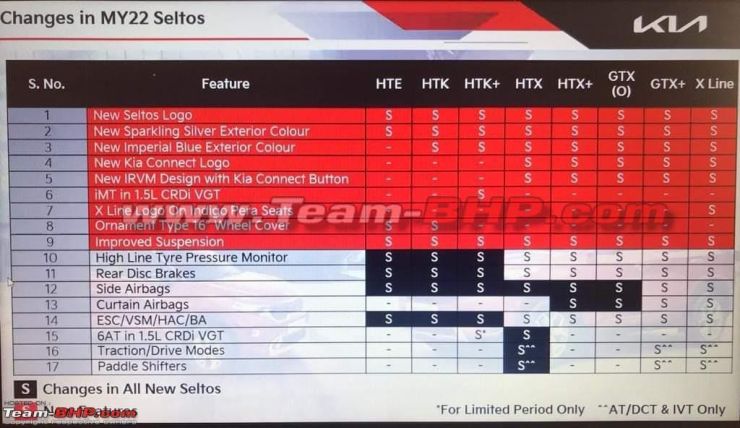 According to the document, the 2022 version of Kia Seltos will offer features like Tyre Pressure Monitoring System (TPMS), rear disc brakes, side airbags, ESC, Vehicle Stability Management (VSM), Hill Assist Control (HAC) and Brake Assist as standard across all variants. Kia would also be offering curtain airbags from HTX+ onwards. Some of the other updates that we could figure out from document include new logo for Kia Seltos and Kia Connected car feature. The design of the IRVM is also revised with a Kia Connect button in it. X-Line logo on the Indigo Pera seats of the X-Line Edition. Kia will also be offering Seltos in two new colours. There will be a new Sparkling Silver and Imperial Blue exterior colour available for the Seltos.

Coming back to the major updates like the diesel iMT and the new suspension tune. The improved suspension setup on the Seltos will be standard across the range while the diesel iMT gearbox will be offered with HTK+ variant only. The HTK+ variant is newly introduced and this variant will also be offering the diesel engine with the 6-speed automatic transmission for a limited period of time. Kia Seltos was initially launched in India back in 2019 and ever since then, the SUV has been a success in our market. It became popular among buyers for its bold looks and feature loaded cabin.

According to reports, Kia is currently working on a facelift for the Seltos SUV and the same has been spotted testing abroad. The facelifted version of Seltos is likely to be launched in the market by mid-2022. The updated 2022 model of Kia Seltos is more like an update which it will receive before the facelift officially arrives in India. Kia is also updating the cars on safety front by offering front and side airbags as standard across the range. A feature update is expected to be seen on their entry level sub-4 meter SUV Sonet as well. 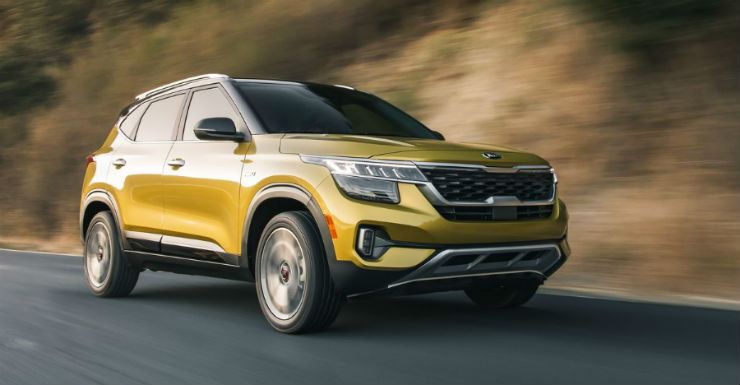