Maruti Suzuki will be launching the 2022 Ertiga on the 21st of April. The bookings for 2022 Ertiga are already opened for a price of Rs. 11,000. As of now, we know that there will be a new engine and a gearbox that will debut with the Ertiga. However, now the variant list and colour options are leaked online.

The Ertiga will be offered in seven colour options. There will be Pearl Arctic White, Magma Grey, Auburn Red and Prime Oxford Blue. The new colours for 2022 are Pearl Dignity Brown and Midnight Black. The Splendid Silver has replaced the Silky Silver.

The 2022 Ertiga will come with the new 1.5-litre, four-cylinder, naturally aspirated petrol engine. The engine is mostly the same as the current 1.5-litre engine but the manufacturer is now using two injectors per cylinder instead of one injector per cylinder. This helps in increasing the control over fueling.

Because of the improvements, the power output will be increased by 10 Ps. So, the engine will produce 115 PS of max power. When compared the current engine produces 105 PS. We still do not know the torque output of the new engine but we expect it to stay around 140 Nm. 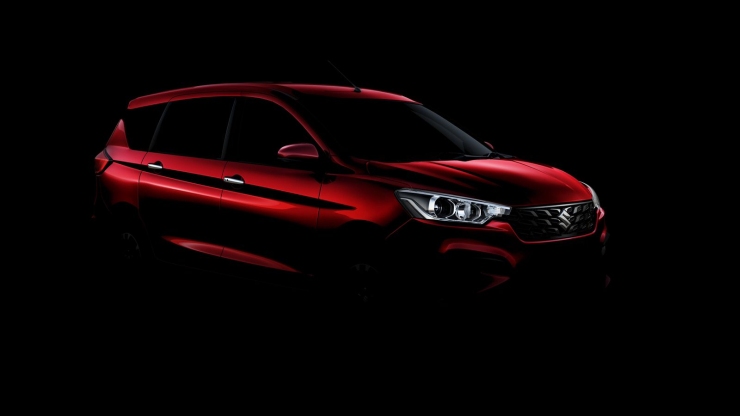 The 4-speed auto that is currently being used by Maruti Suzuki debuted back in 2003 on the Grand Vitara XL7. The current transmission lacks the number of gears and sports mode. The new 6-speed unit will also be faster responding than the current unit. Because it has more gears, the gearbox should also help in improving the fuel economy.

Maruti Suzuki will also give more features to the Ertiga. It will come with a new 7-inch touchscreen infotainment system which has the same size as the current infotainment unit. But, it will be running a new user interface that we have seen on the Baleno. Maruti Suzuki is calling it the SmartPlay Pro system.

We are expecting the Ertiga to come with a revised multi-information display, cruise control, a new steering wheel, a revised dashboard design and tweaked upholstery. Other features that will be on offer are keyless entry, push-button to start/stop the engine, multi-function steering wheel, automatic climate control etc.