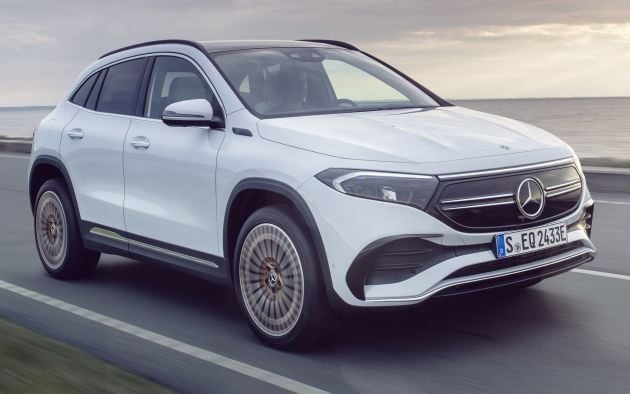 Well, it looks like Mercedes-Benz Malaysia’s (MBM) electrification programme will finally be kicking off very soon, because the company has begun teasing its first all-electric offering slated for the country, doing so via an image post on its Facebook page.

The model that will begin the brand’s EQ model offensive strategy will be the EQA, the fully-electric version of the H247 GLA. It remains to be seen which variant of the H243, which was introduced in January last year, will be introduced for our market, but the front-wheel drive EQA 250 should be on the cards. 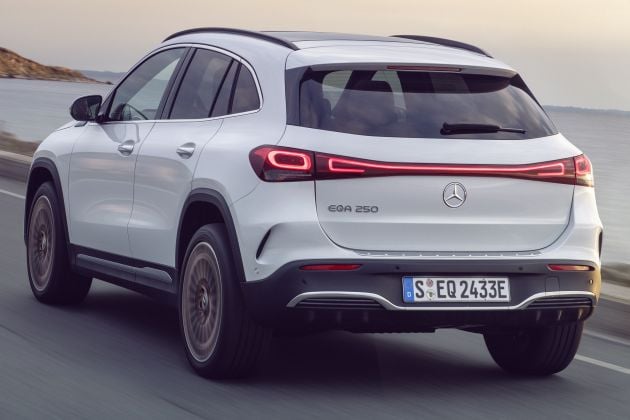 A 66.5 kWh liquid-cooled lithium-ion battery provides the standard range model with a usable travel distance of 426 km (WLTP cycle). As for charging times, the vehicle’s 11-kW onboard AC charger allows a full charge to be accomplished in five hours and 45 minutes, while DC fast charging (up to 100 kW) takes just 30 minutes to get the battery from a 10% to 80% state of charge (SoC).

As for the EQS, which was long speculated to be the initial EQ model to be deployed here, that introduction looks to have been delayed, presumably due to high market demand for the car in global markets. It is still slated to arrive, but no details as to when it will do so.

By all accounts, the EQA should break cover soon enough, along with the company’s outline for its electrification plans. Last November, MBM vice-president of sales and marketing Michael Jopp had said that the period from announcement of plans and products to market launch would be short. With the EQA teaser, the timer may have started.