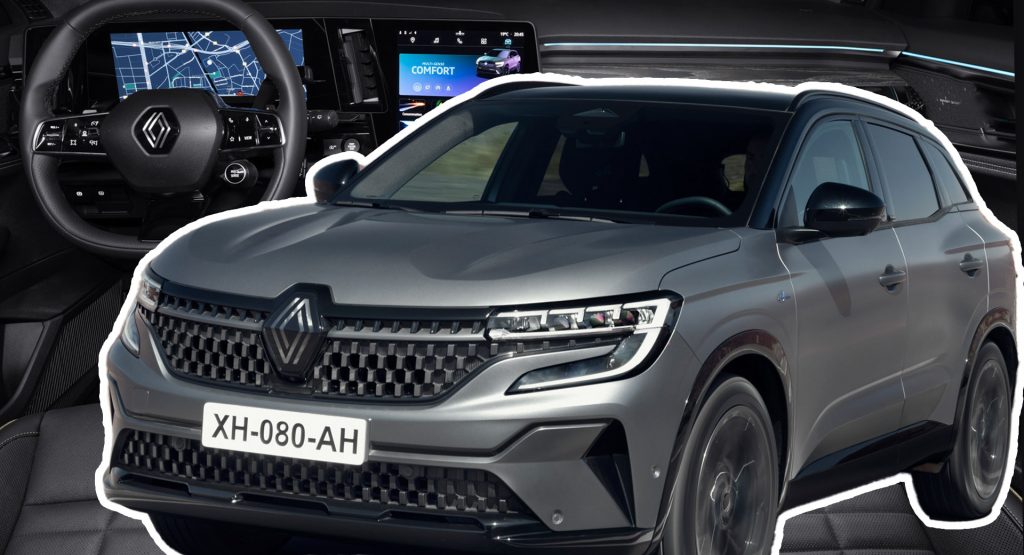 Renault’s replacement for the Kadjar is the Austral, an electrified SUV that’s notable for the fact that it debuts a new sporty Esprit Alpine trim level we might expect to see rolled out across the Renault line.

The Austral is the third model in Renault’s plan to steal C-segment sales away from rivals, the other two being the Arkana crossover and Megane E-Tech Electric. Under the skin it has more in common with the first than the second of those cars thanks to its hybrid drivetrains and absence of a pure EV option.

Related: Alpine’s Electric GT X-Over Will Be Built In France, Go Into Production By 2025

Riding on the Renault-Nissan Alliance’s third-generation CMF-CD platform, the two-row Austral offers seating for five wrapped in a muscular outer shell whose most intriguing feature is a hood that looks like it’s been caved in by a pair of doomed lovers landing side-by-side, naked and ass-first from four storeys up.

If the basic 17-inch wheels (20s are optional) sound a bit yesteryear, the interior at least looks right on trend thanks its combination of 12.3-inch digital gauge pack, 12-inch vertical console touchscreen and 9.3-inch head-up display. The infotainment system has Google built in and can be optioned with a bespoke Harman Kardon Hi-Fi system.

Despite the lack of a physical driveshaft running front to rear, Renault has opted to create a large console separating the driver form the passenger, one of the reasons being to create an arm rest to make it easier to operate the touchscreen that houses the controls for almost every major vehicle function.

Esprit Alpine Is All Show, No Extra Go 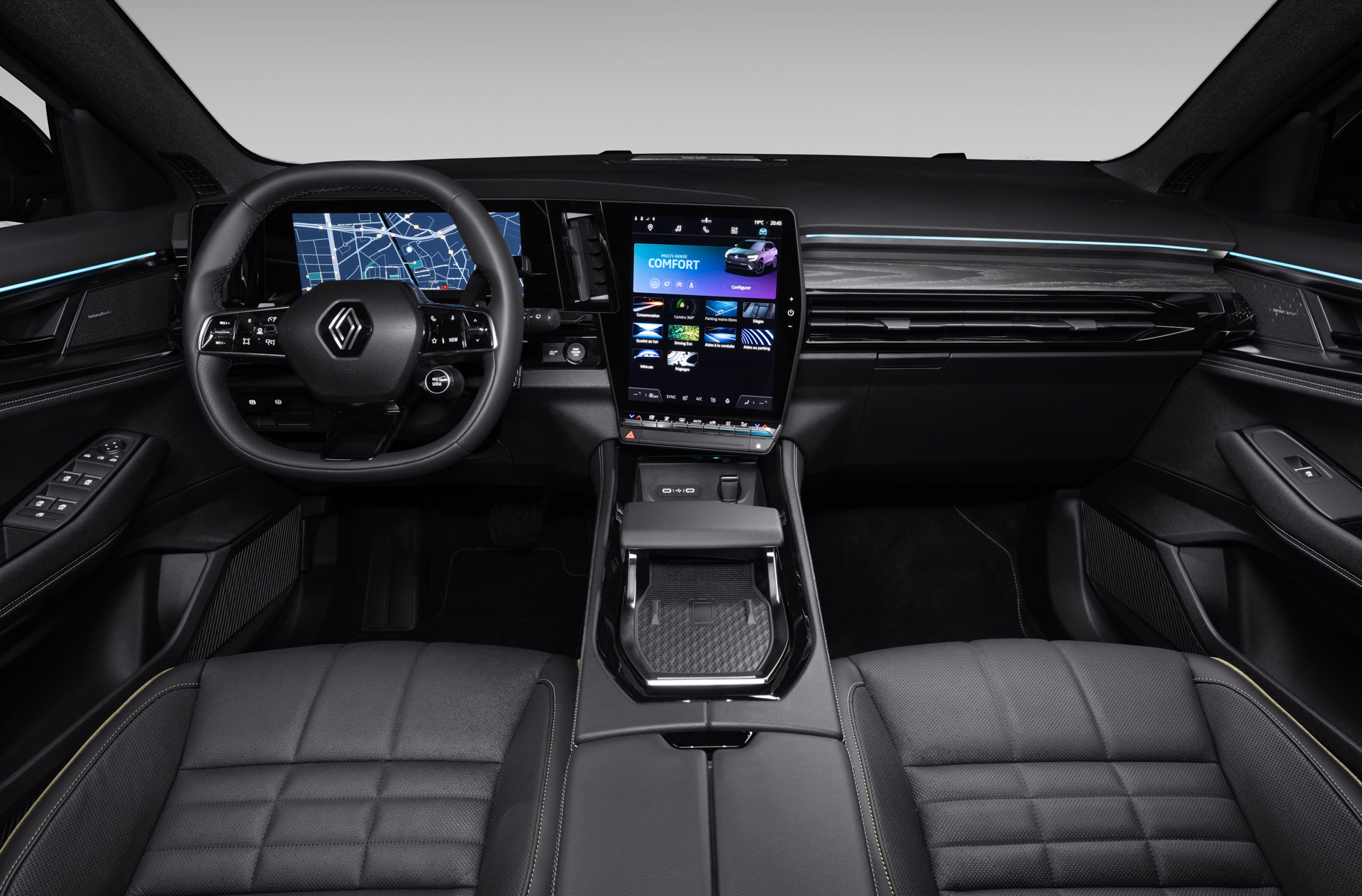 It should also give the Austral’s driving position a hunkered down, sportier feel, but drivers looking to really amp up the performance atmosphere will want to spend a few euros more on the Esprit Alpine trim level. Featuring matte-finish Satin Shale Gray paint, 20-inch diamond cut black alloy wheels, satin black roof rails and a smattering of Alpine badges on the outside, plus Alcantara upholstery with blue stitching, a Nappa leather wheel and aluminum pedals on the inside, the flagship tries hard to convince you that there’s some kind of connection to the Renault-owned sports car brand behind the mid-engined A110.

Sadly, there’s not. Esprit Alpine is simply Renault’s equivalent to Mercedes’ AMG-Line and VW’s R-Line trims, and adds nothing tangible in the way of performance or handling upgrades. Which doesn’t mean all Australs will drive alike. While base versions get conventional front-wheel steering and a torsion beam rear axle, more expensive models come with a multi-link rear end and four-wheel steering that gives a city car-like 33.1 ft (10.1 m) turning circle. 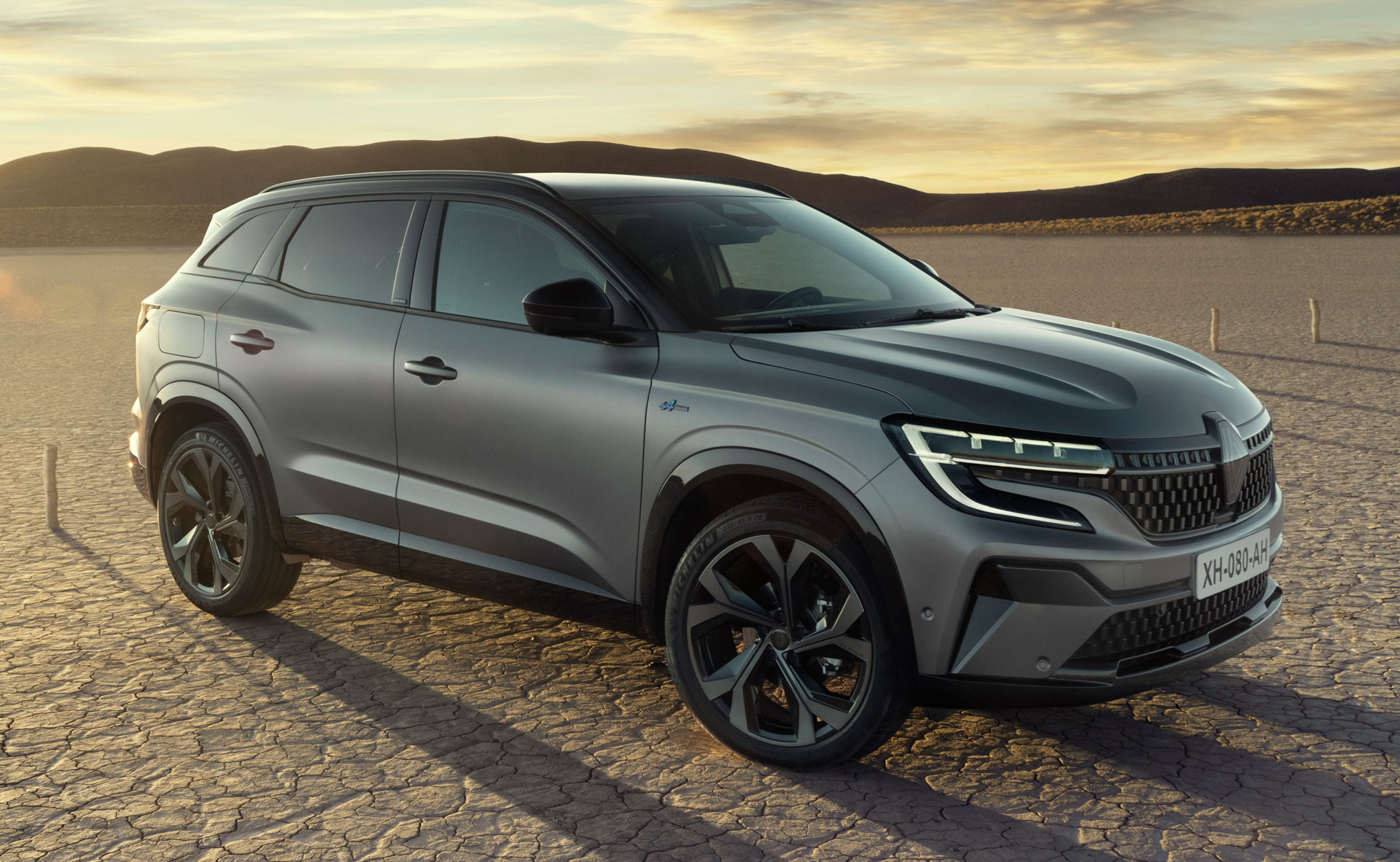 Both chassis types are front-wheel drive-only, and though there are three powertrains to choose from, none makes more than 200 hp, and slightly confusingly the base engine makes more than the one above it. That base engine is an older-style mild hybrid setup consisting of a 1.3 liter four-cylinder petrol engine mated to a 12V lithium-ion battery. It serves up 138 hp (140 PS) when ordered with a manual transmission, or 158 hp (160 PS) when optioned as an automatic, and coughs out 136g/km of CO2.

The Mild Hybrid Advanced engine that sits a rung further up the ladder is newer and greener, and is, says Renault, a genuine alternative to diesel, which is rapidly falling out of favor in Europe. A 1.2-liter triple buddied up with a 48v lithium-ion battery, it makes 128 hp (130PS), and emits 123g/km of airborne muck.

Full Hybrid, But No PHEV 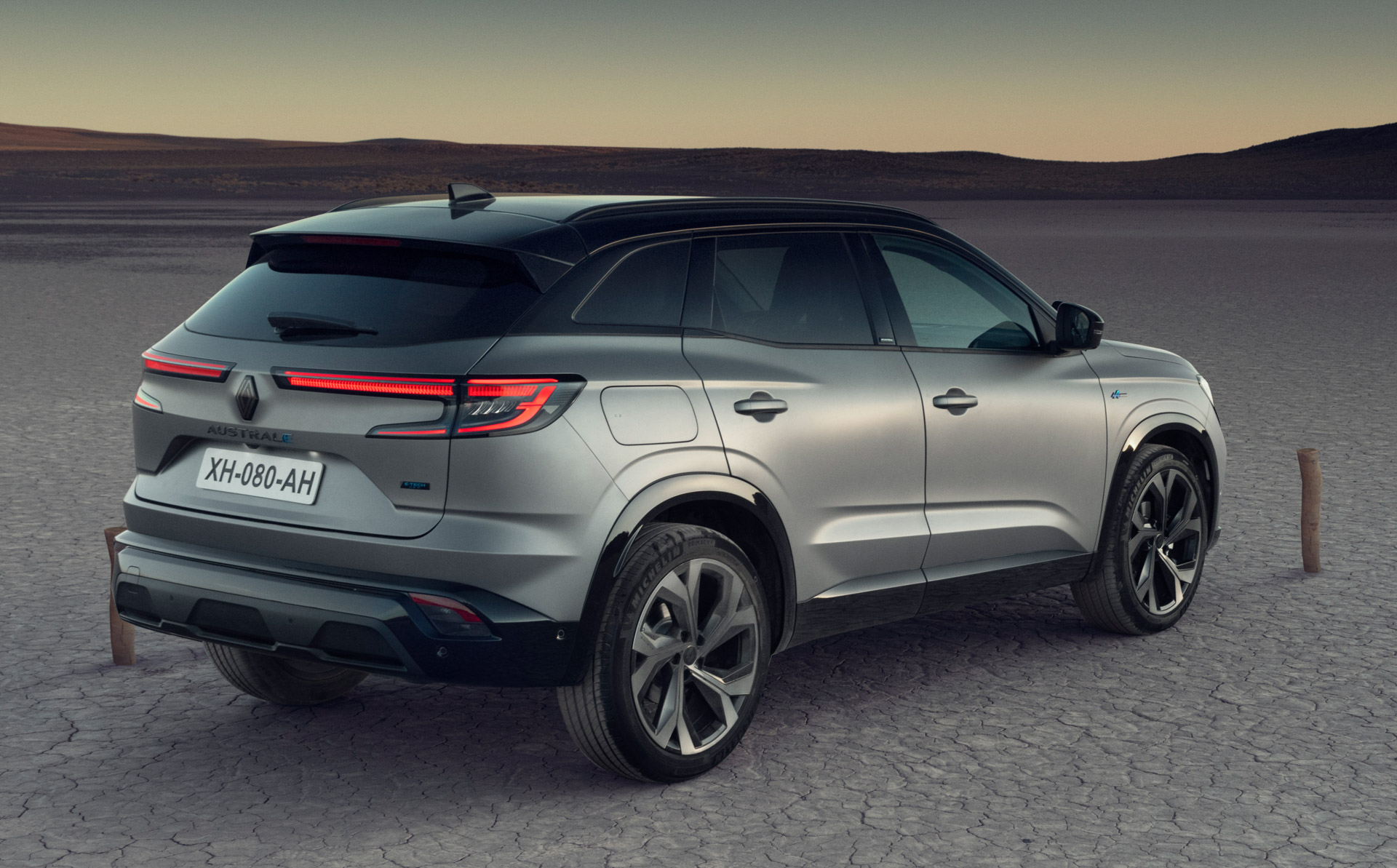 But the meanest and cleanest of the lot is the E-Tech full hybrid powertrain. Again starting with a 1.2-liter three-cylinder petrol engine, Renault added one electric motor to drive the car, plus a high voltage starter-alternator to start the combustion motor and charge the battery. It’s available with either 158 hp (160 PS) or 197 hp (200 PS), and Renault says the Austral E-Tech’s ability to spend 80 percent of its time on city roads in full-electric mode means it consumes 40 percent less fuel than a conventional ICE crossover and nets it a 105g/km CO2 rating.

If there’s a downside to the full hybrid beyond the initial extra cost, it’s trunk space. The mild hybrid Australs offer 17.7 cu ft (500 liters) of trunk space, but the full hybrid’s hardware cuts that to 15.2 cu ft (430 litres). As for how much extra the full hybrid will cost, we’ll have to wait and see. Austral prices will be revealed closer the model’s European on-sale date later in 2022, but Renault UK says it’s still not certain that Brits will get the SUV at all.