The Fédération Internationale de l’Automobile (FIA) along with the agreement of all Formula one teams and organizers have concluded to call off the 2022 Russian Grand Prix as a consequence of the recent turn of events between Russia and Ukraine. On the final day of the first pre-season testing, it was announced by Formula one that the Russian Grand Prix which was scheduled to be held on September 25, 2022, has been dropped from this year’s calendar. 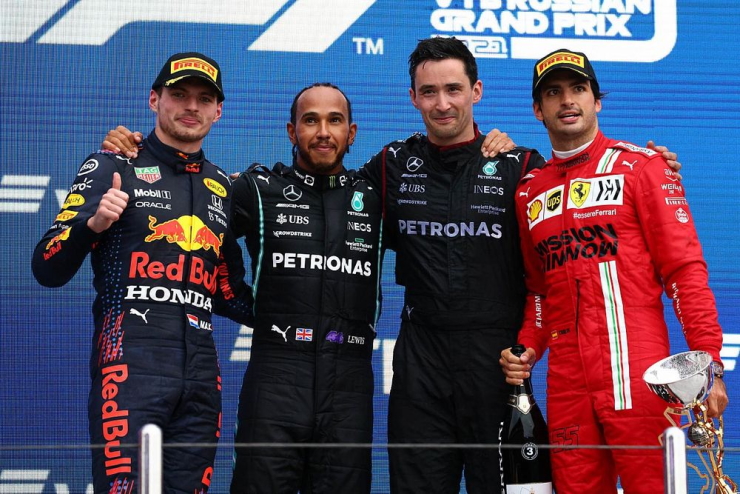 The official Formula one statement said, “The FIA Formula 1 World Championship visits countries all over the world with a positive vision to unite people, bringing nations together. We are watching the developments in Ukraine with sadness and shock and hope for a swift and peaceful resolution to the present situation.”

The statement further added, “We are watching the developments in Ukraine with sadness and shock and hope for a swift and peaceful resolution to the present situation.”

“On Thursday evening Formula 1, the FIA, and the teams discussed the position of our sport, and the conclusion is, including the view of all relevant stakeholders, that it is impossible to hold the Russian Grand Prix in the current circumstances.”

It was confirmed by Formula one management that an emergency meeting was held during the second day of pre-season testing in Circuit de Barcelona-Catalunya in which all the participating teams along with their drivers and team principles were present. The management in cooperation with all the people present during the meeting criticized the current situation in Ukraine and condemned the actions of Russia. Towards the end of the meeting, it was then decided with mutual agreement that it would not be ideal for Formula one to conduct a race in Russia this year in these circumstances.

Even before the official announcement from Formula One, the four-time world champion Sebastian Vettel publicly stated that “I should not go, I will not go. It is wrong to race in the country. I am sorry for the innocent people who are being killed for stupid reasons and a very strange and mad leadership.” Vettel’s words were further supported by the 2021 world champion Max Verstappen who also said that “When a country is at war it is not right to race there.”

Other drivers on the grid also condemned the situation by stating their thoughts. Pierre Gasly from Alpha Tauri said, “I am really pleased this decision was made. It is completely the right one, knowing they are in war. It’s really sad to see what’s happening. We know how powerful Russia is. It’s an unfair fight and I am just very sorry and feeling very sad for all these families out there.”

While the Mclaren Racing driver Lando Norris said, “This is a very good decision from Formula 1. Russia is not a place I would want to be going right now and I’m very sad to see what’s going on and the innocent lives that are being taken. There is no reason we should live our lives normally and go and have a normal race in that country when those things are going on. I definitely wouldn’t want to go.”

Alexander Albon, Carlos Sainz Jr, and Lance Stroll also voiced their opinions on the recent conflict between the countries and said that they are happy with Formula one’s decision.

Gunther Steiner, the team principal of Hass F1 team which is sponsored by the Russian billionaire Dmitry Mazepin’s company Uralkali stated that due to the recent conflicts the team has decided to remove all of the stickers advertising the Russian brand from its 2022 title contender and its motorvans.

Addressing this removal of stickers Steiner said, “We made a decision yesterday with our team partners. I need to work on the rest next week. There is no setback for the competition side of the team, none at all. We just have to go through the commercial issues. “The team are not affected by this. I told them there is nothing to worry about. We took the right decision to send a message to everyone.”