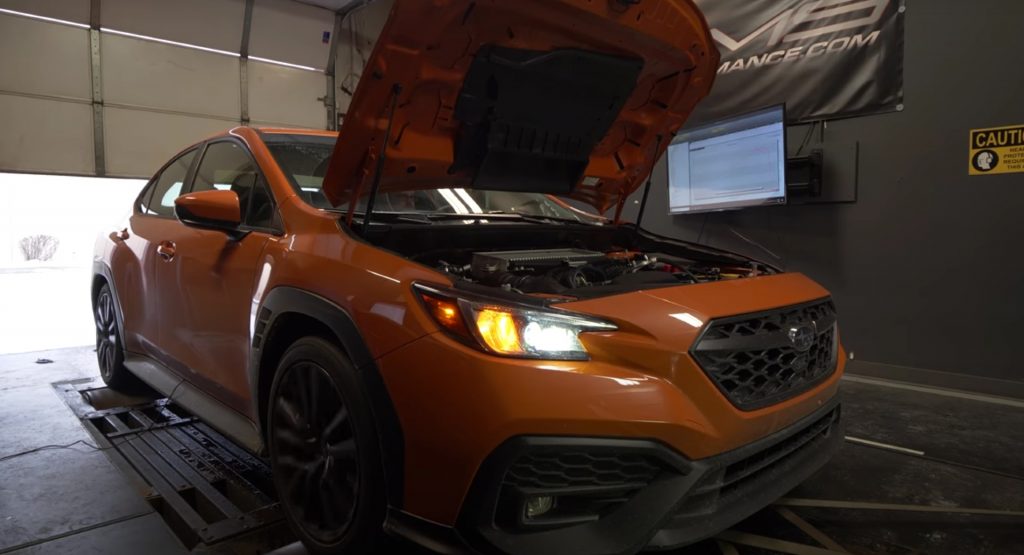 Subaru is kind of unique among automakers. It uses a unique engine design, it employs all-wheel drive more than its rivals, and it doesn’t get involved in trying to keep up with all of the latest trends. However, it has received some flak for releasing an all-new WRX with no more power than the outgoing generation. After some deeper digging, it’s clear that there’s more than meets the eye.

Quite a number of YouTubers have had their chance behind the wheel of the new WRX. As far as we know, none of them have gone as deep as SavageGeese just did. They don’t stop at telling us about how much power it makes. Instead, they put it on a dyno and show off the actual power curve compared to its predecessor.

On paper, the new 2022 Subaru WRX makes just three more horsepower than the old 2021 car, for a total of 271. It also makes the exact same amount of torque at 258 lb-ft. After a few runs on a dynamometer, things don’t immediately look better. In fact, if you just paid attention to the maximum power figures, they actually look worse.

On the dyno, the new car makes 246 horsepower, which is same as before, but peak torque is down 20 lb-ft at 246 lb-ft. These figures can be highly deceiving though because when the numbers are this close, the amount of the graph under the power curve matters just as much.

That space defines how much usable power is actually available. For the 2022 WRX, maximum torque comes on almost a full 1,000 rpm sooner than in the old car. In addition, it doesn’t experience the drop-offs that the previous model does. So from about 2,100 rpm you’ll have peak torque that hangs on near that limit all the way to 5,500 rpm.

The power delivery is much smoother too. That makes the whole experience feel more refined and provides a better foundation for modification too. Subaru knows that quite a few people are going to mod these cars and this engine seems much better suited to that process than any previous generation. 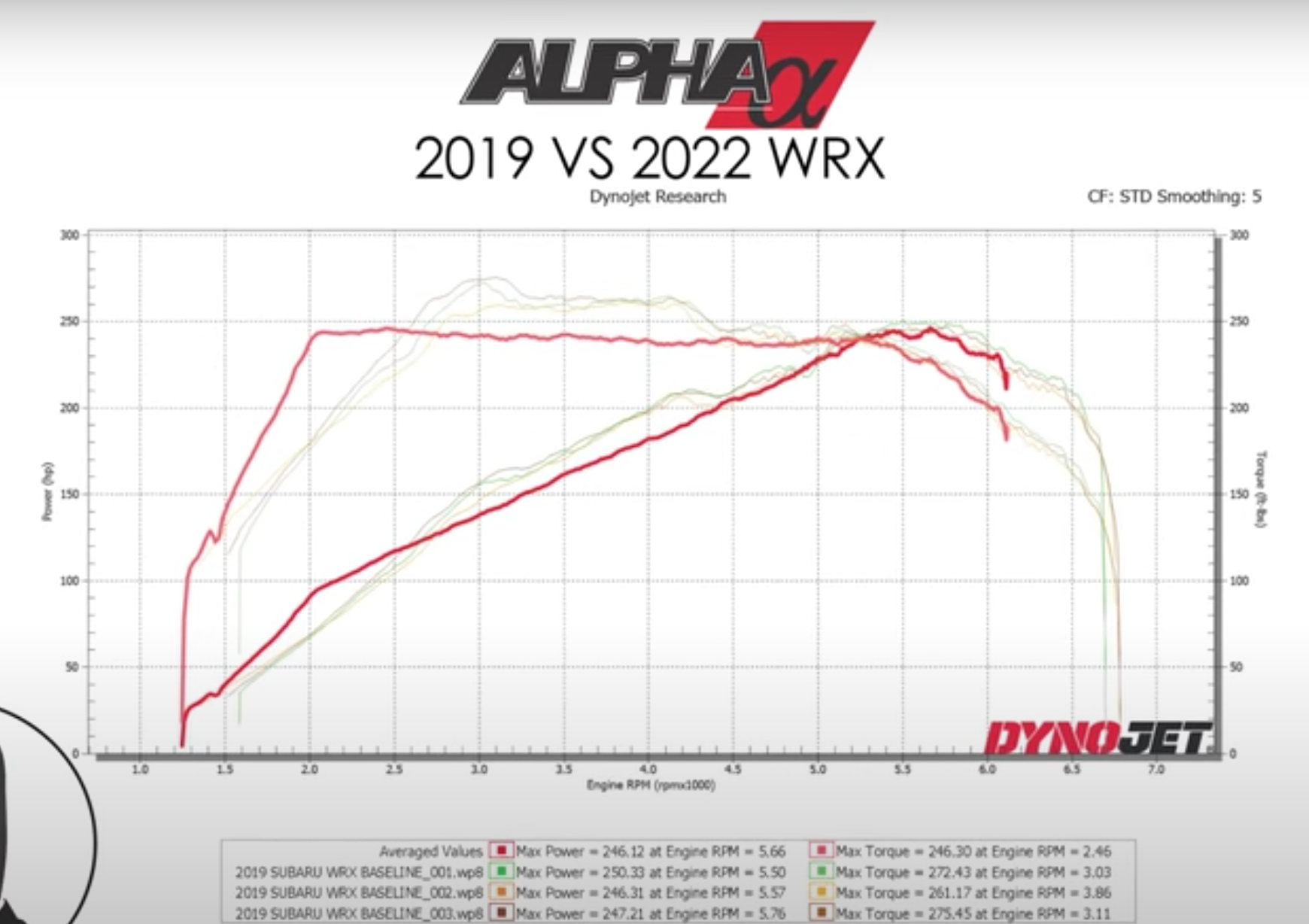