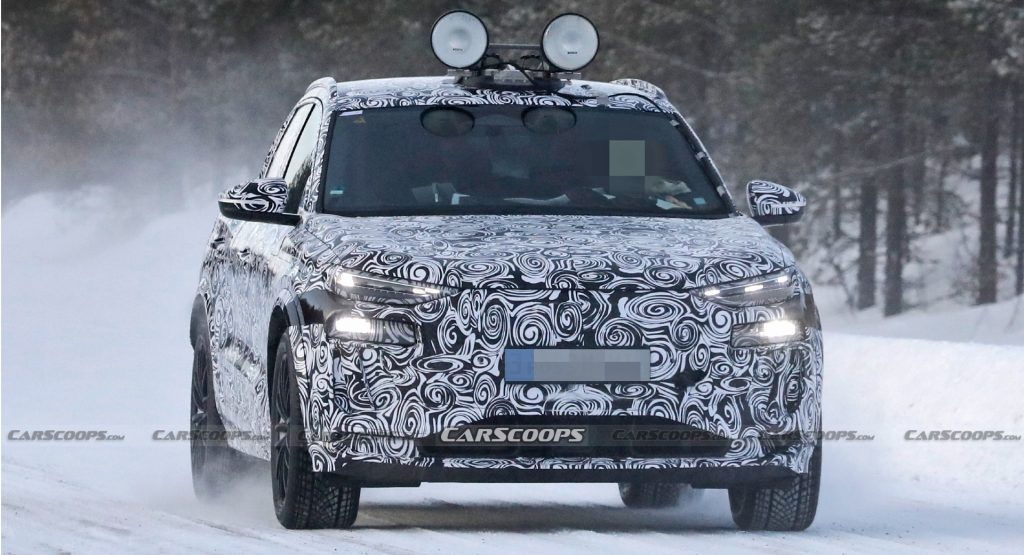 The Audi Q6 e-tron is set to premiere in early 2022 as a fully electric SUV based on the PPE platform. Camouflaged prototypes of the model have been spied several times since last year, but the latest one is the first to wear the production-spec headlights and taillights as we get closer to the official debut.

At the front, we get to see additional lighting units mounted high on the front bumper. This is the first time the Q6 e-tron reveals its dual-light setup in plain sight, following the trend in the SUV world. The design is different from the smaller Q4 e-tron and somehow reminds us of the first-gen Citroën C4 Cactus. The camouflage is still hiding the large covered Singleframe grille and the sporty bumper intakes.

Read More: 2023 Audi Q6 E-Tron: Design, EV Performance And Everything Else We Know 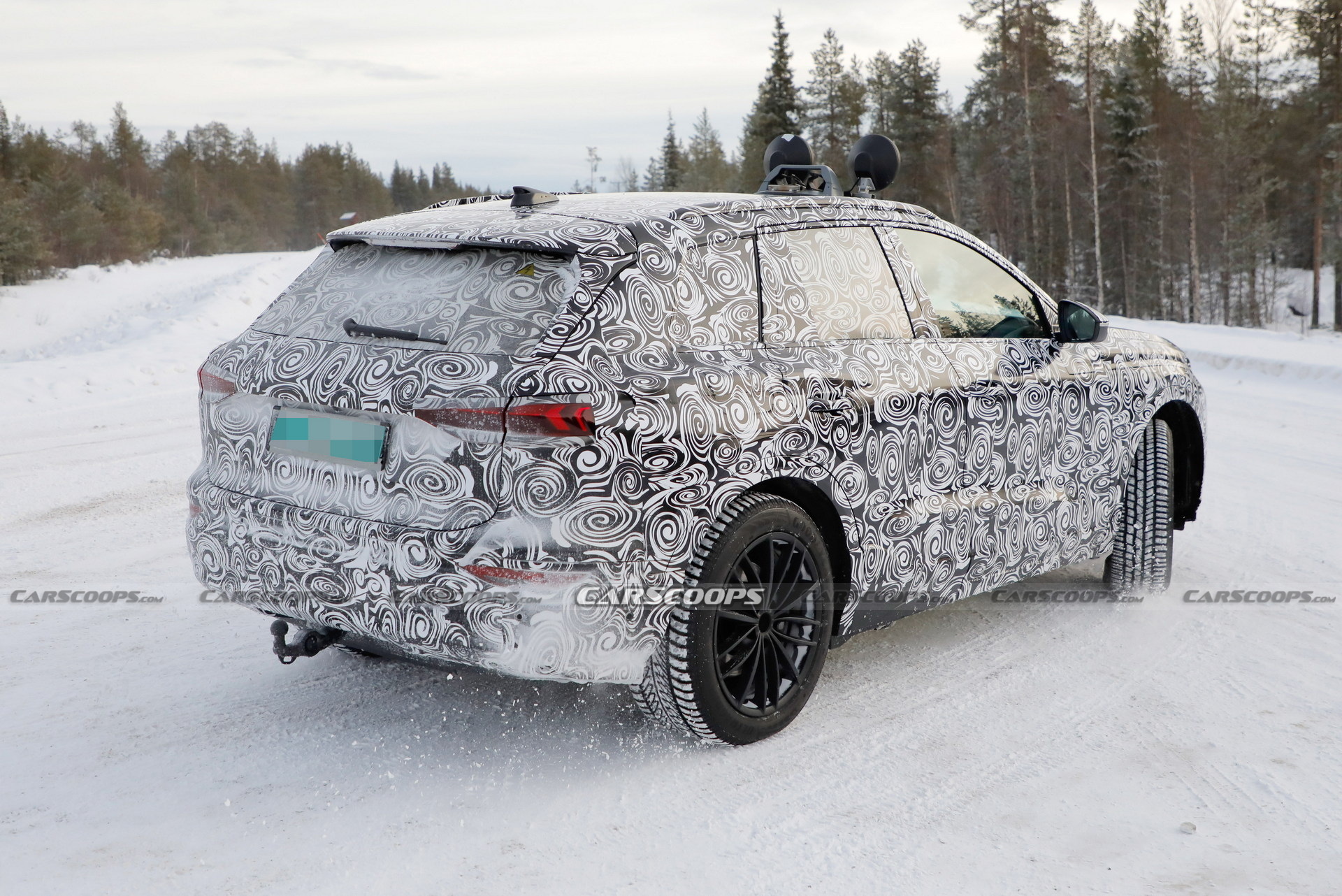 At the back, we also see the LED taillights for the first time in a camouflaged prototype. In typical Audi fashion, the body appears to be restrained but quite sporty, with an inclined rear windscreen. A set of additional roof-mounted lights are helping Audi’s development drivers to complete their task in the demanding conditions of the Arctic cycle.

The Audi Q6 e-tron will have a similar size to the ICE-powered Q5, filling the gap between the more affordable Q4 e-tron and the – soon to be facelifted – flagship e-tron SUV. Unlike the aforementioned models based on the MEB and MLB platforms respectively, the Q6 will be sharing the PPE architecture with the upcoming Audi A6 e-tron sedan, and the new generation Porsche Macan EV.

Judging from the prototypes of the Q6 e-tron, we should expect the official debut sometime in the coming weeks/months. The main rivals of the latest SUV from Audi include the recently facelifted BMW iX3 and the Mercedes-Benz EQC.