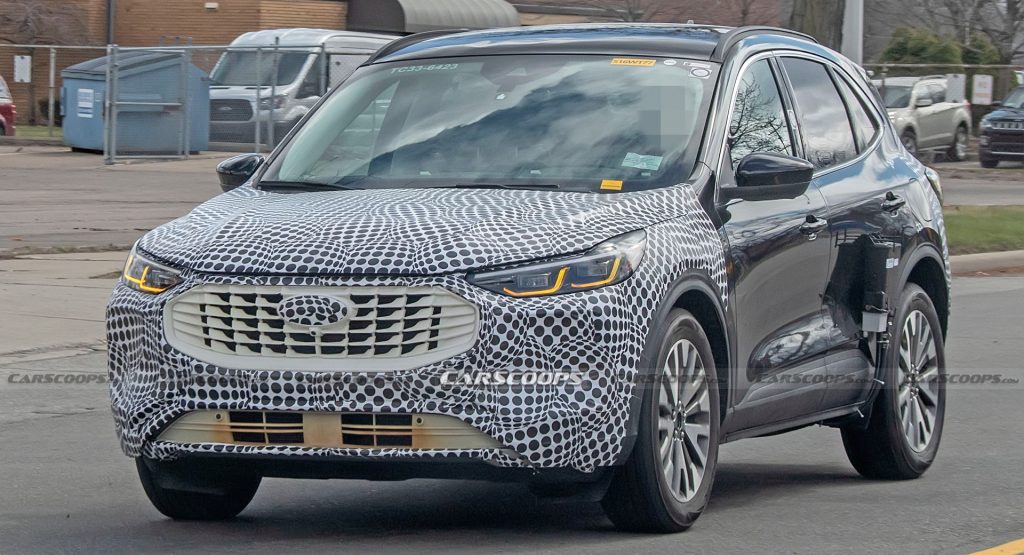 Ford is back out testing the updated Escape (sold as the Kuga in markets outside North America) but this time it’s using new camouflage and hiding less in so doing. These shots give us our best look yet at the model’s front fascia, one of the most noticeably updated aspects of the new design.

We’ve seen the updated 2023 Ford Escape / Kuga  testing before and we’ve even seen it testing next to the current Kuga ST. These new shots, though, reveal the shape of the grille in a way we haven’t yet seen, giving us an excellent indication as to how it will interact with the new headlights.

Slimmer and sharper, the updated headlights wrap around the hood in a manner that allows it to grow, bringing the shut line closer to the top of the grille. That, in turn, pushes the Ford logo down onto the grille from its previous location, mounted between the headlights. 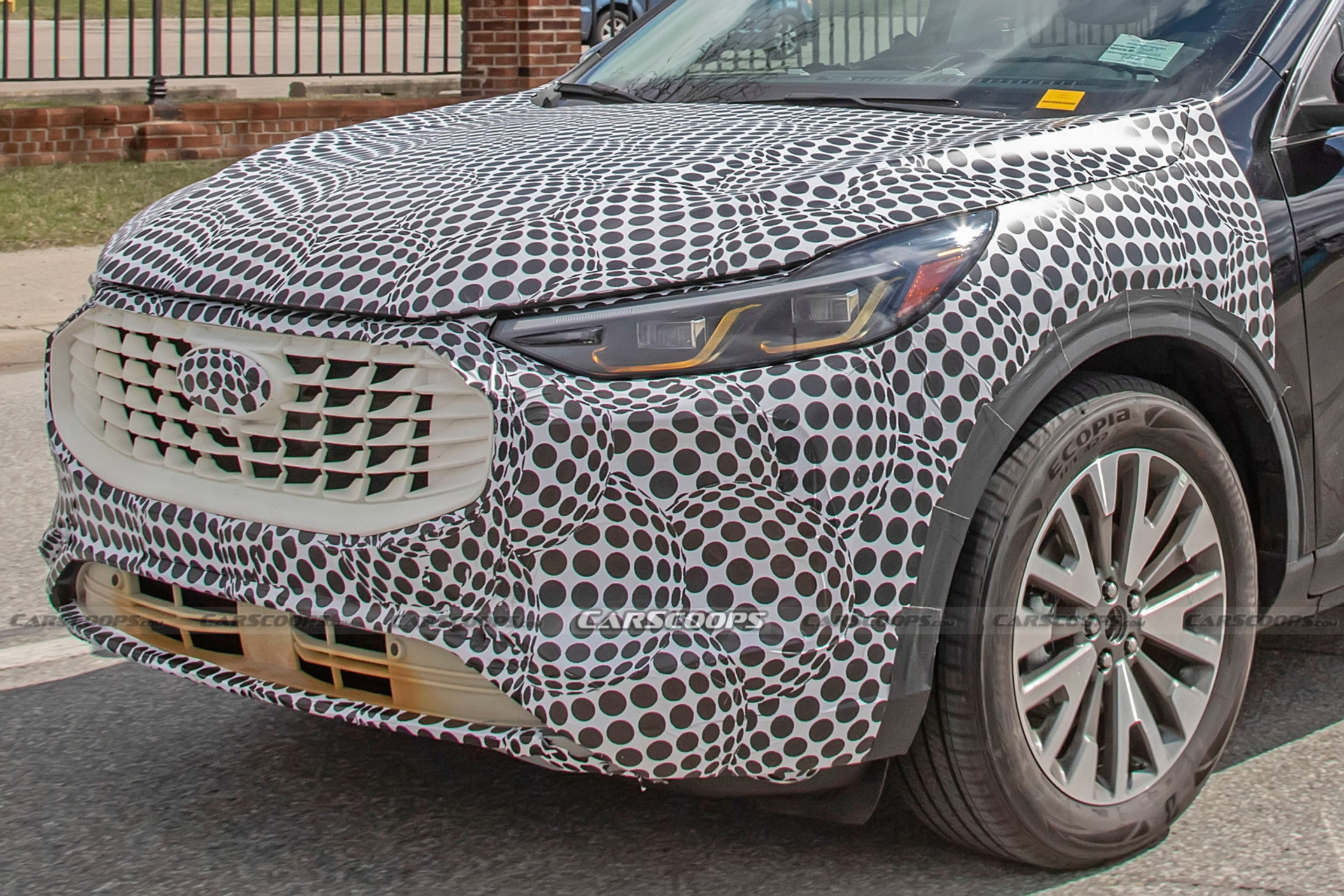 The overall shape of the grille has changed, too. A gentle upward curve at the top of it makes the updated SUV look more like it’s smiling than the current model. It also has more of an octagonal shape than the outgoing design, which is hexagonal.

What Ford has planned for the intakes beside the grille remains to be seen, so the automaker still has some design secrets up its sleeve. It’s pretty difficult to find differences in the design elsewhere on the exterior of the vehicle, though.

Inside, Ford is expected to give the 2023 Escape the same 13.2-inch infotainment screen with SYNC4 as the Focus got when it was updated. Modernizations under the hood are expected to be minor, meanwhile with the SUV to be offered with a selection of mild-hybrid, full-hybrid, and plug-in hybrid powertrains.

The 2023 Ford Escape is expected to debut in the second half of this year.