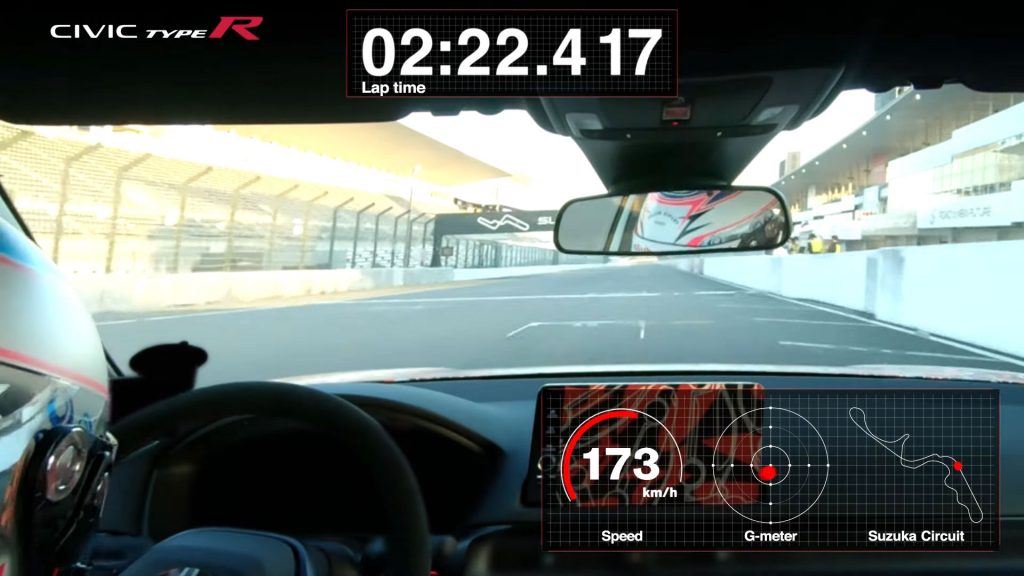 It’s not every day that we get an all-new Honda Civic Type R let alone one that’s as fast as this. Honda just dropped a couple of short videos showing the upcoming compact sports hatch as it set a new front-wheel-drive lap record at its home track of Suzuka. It’s knocked itself off of the top spot with a 2:23:120-second lap time.

We’ve known for some time that the new Type R was coming and we’ve even seen it working hard at Suzuka in the past but now it’s cut nearly a full second off of the 2021 Type R’s time. That car got around the hallowed ground in 2:23:993-seconds. So now, both the first and second place spots at Suzuka are held by Civic Type Rs.

For all of the gamers who might have spent countless hours on the virtual circuit that might not sound fast but consider this… that’s as fast if not faster than many older famous supercars according to the quickest laps recorded at fastlaps.com. Though we don’t know pricing on the new Type R, it’s bound to be far less expensive, and far more practical than something like an old Lamborghini Diablo.