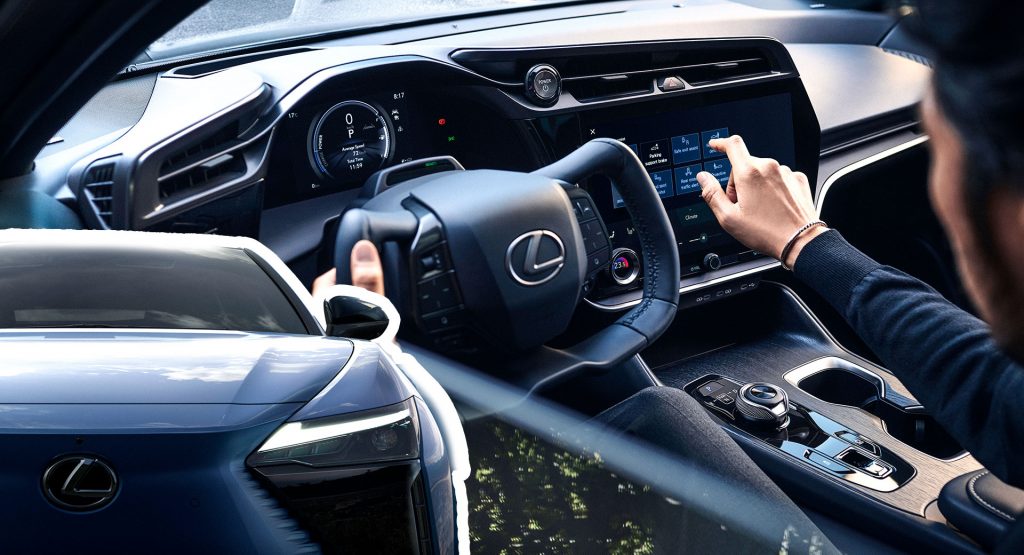 The long wait for Lexus’ first-ever dedicated electric model is almost over as the Japanese carmaker announced today that it will be fully revealing the 2023 RZ 450e on April 20, 2022. And that’s not all we got today, as Lexus also dropped the first image of the electric crossover’s cabin revealing a Tesla Yoke (or Knight Rider, if you prefer) style steering wheel.

The RZ 450e was previewed in December 2021 as the forerunner of Lexus’ electric range, with more pictures of the production-ready exterior following in February 2022. However, this is the first time we get to see the cabin which looks like an evolution of the LF-Z Electrified concept car. 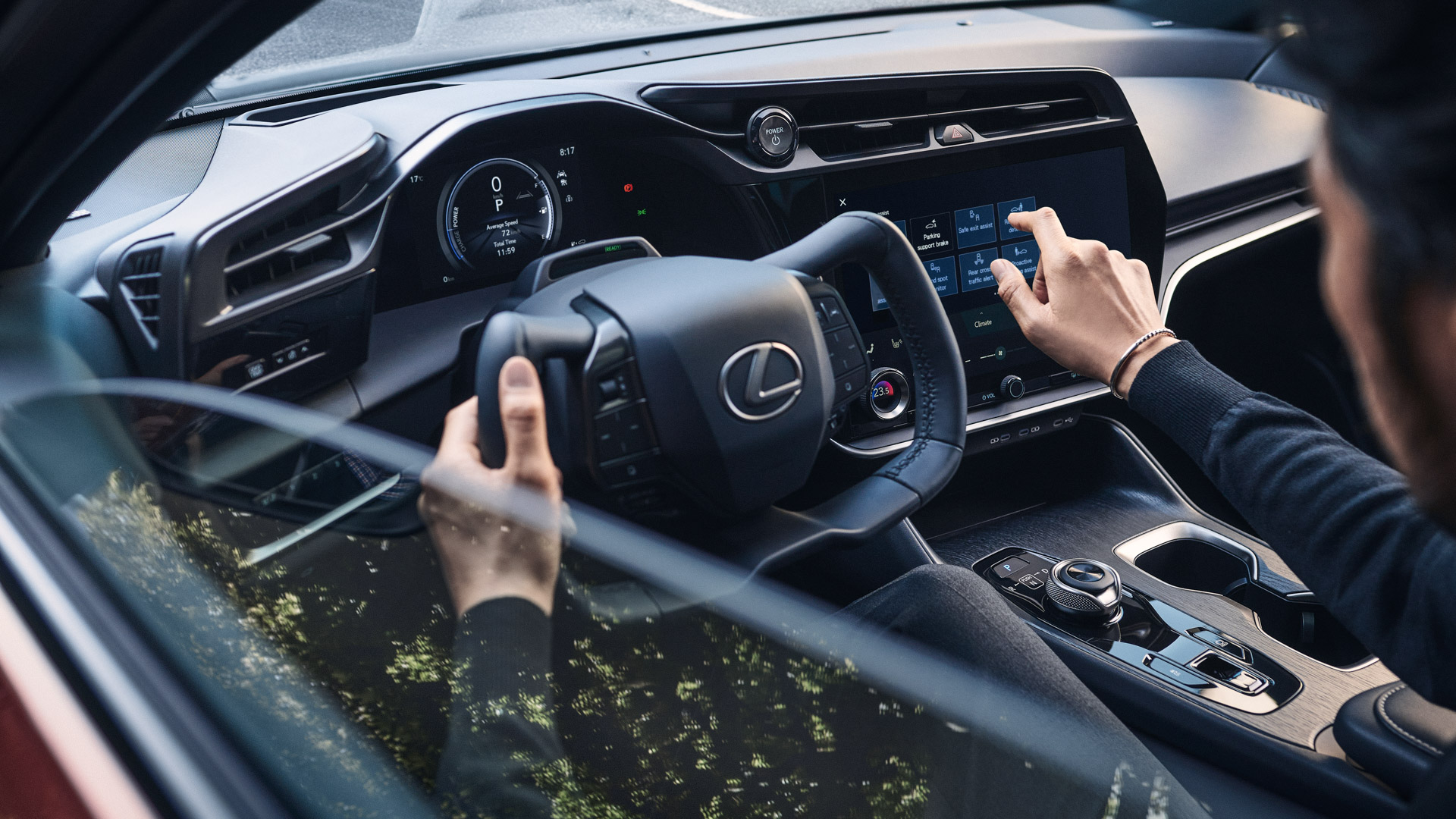 No doubt, the highlight is the yoke-style steering wheel (drive by wire system), but we also notice the rather compact digital instrument cluster and a large infotainment touchscreen on the center console that is inclined towards the driver. We can also see the high-mounted center console and the premium-looking materials.

The exterior is toned down compared to the concept although it retains an aerodynamic silhouette. The face is characterized by the fully covered spindle grille and the familiar Lexus headlights. The profile is intensely sculpted while the rear end comes with a heavily raked rear windshield, an integrated spoiler, and full-width LED taillights. 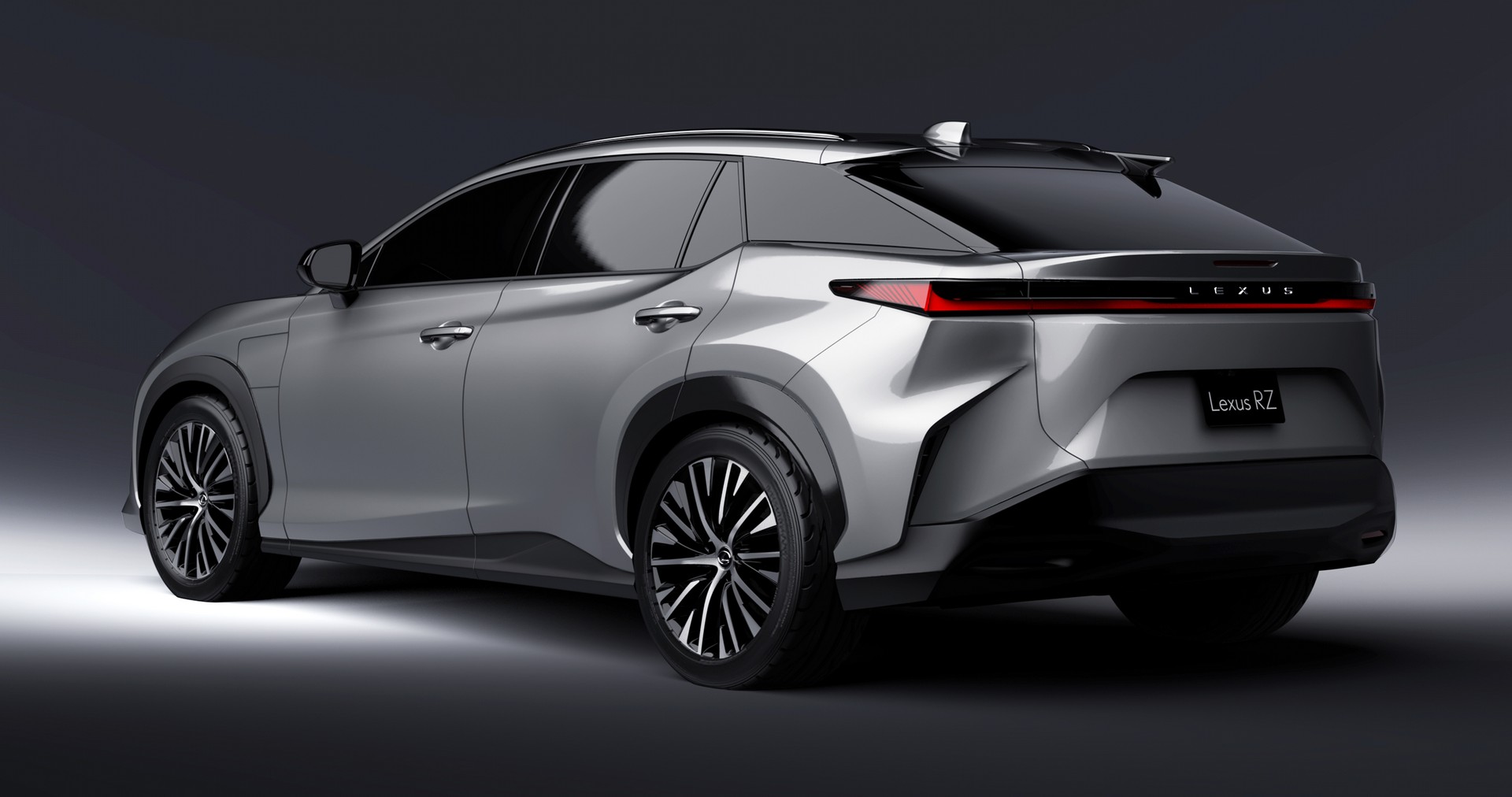 The RZ 450e will be Lexus’ first model to be based on the Toyota group’s EV dedicated e-TNGA platform, shared with the Toyota’s own bZ4x and its Subaru twin, the Solterra. Following Lexus’s more premium approach, the model will be positioned upmarket compared to its siblings in terms of design, tech features, and performance in order to compete with the likes of the Tesla Model Y, the Ford Mustang Mach-E, the Audi Q4 e-tron Sportback, and the Genesis GV60.

The powertrain will consist of dual electric motors offering all-wheel-drive in combination with Lexus’ new Direct4 system, with a focus on performance and driving dynamics. The concept featured a 90 kWh lithium-ion battery offering a 600 km (373 miles), therefore we expect similar specs from the production model. Mind you, the mechanically-related Toyota bZ4x comes with a 516 km (321 miles) WLTP range.

We will learn more about the Lexus RZ 450e on its digital debut scheduled for Wednesday, April 20 at 6 a.m. Eastern Time through a dedicated website at discoverlexus.com/reveal.