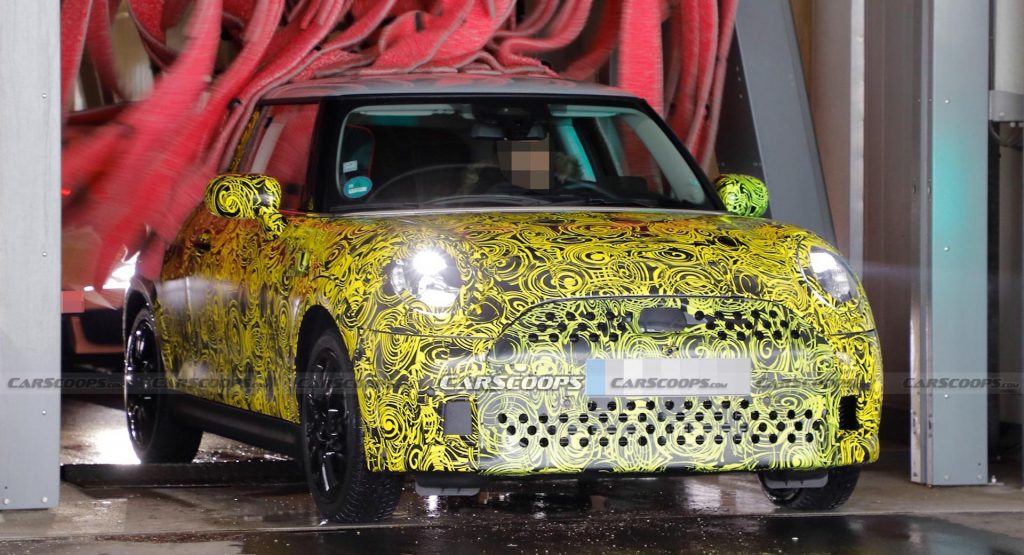 Mini plans to switch to selling only electric vehicles from 2030 but facelifted 2023 prototypes of the current three-door hatch prove there’s plenty of mileage left in the combustion cars.

We’ve already seen spy shots of the all-new electric Mini, which we expect to see launch in 2023 as a 2024 model. But alongside that EV, Mini will sell a facelifted version of the current F56 car, and that’s what our photographers have spotted testing in Germany.

Although the gas and electric Minis will share the same three-door hatchback layout and recognizable shape, under the skin they’re completely different cars built around two distinct platforms. ICE cars will continue to be built at Mini’s current plant in Oxford, England, but the electric versions will be constructed in China by Spotlight Automotive, a joint partnership between BMW and Great Wall. 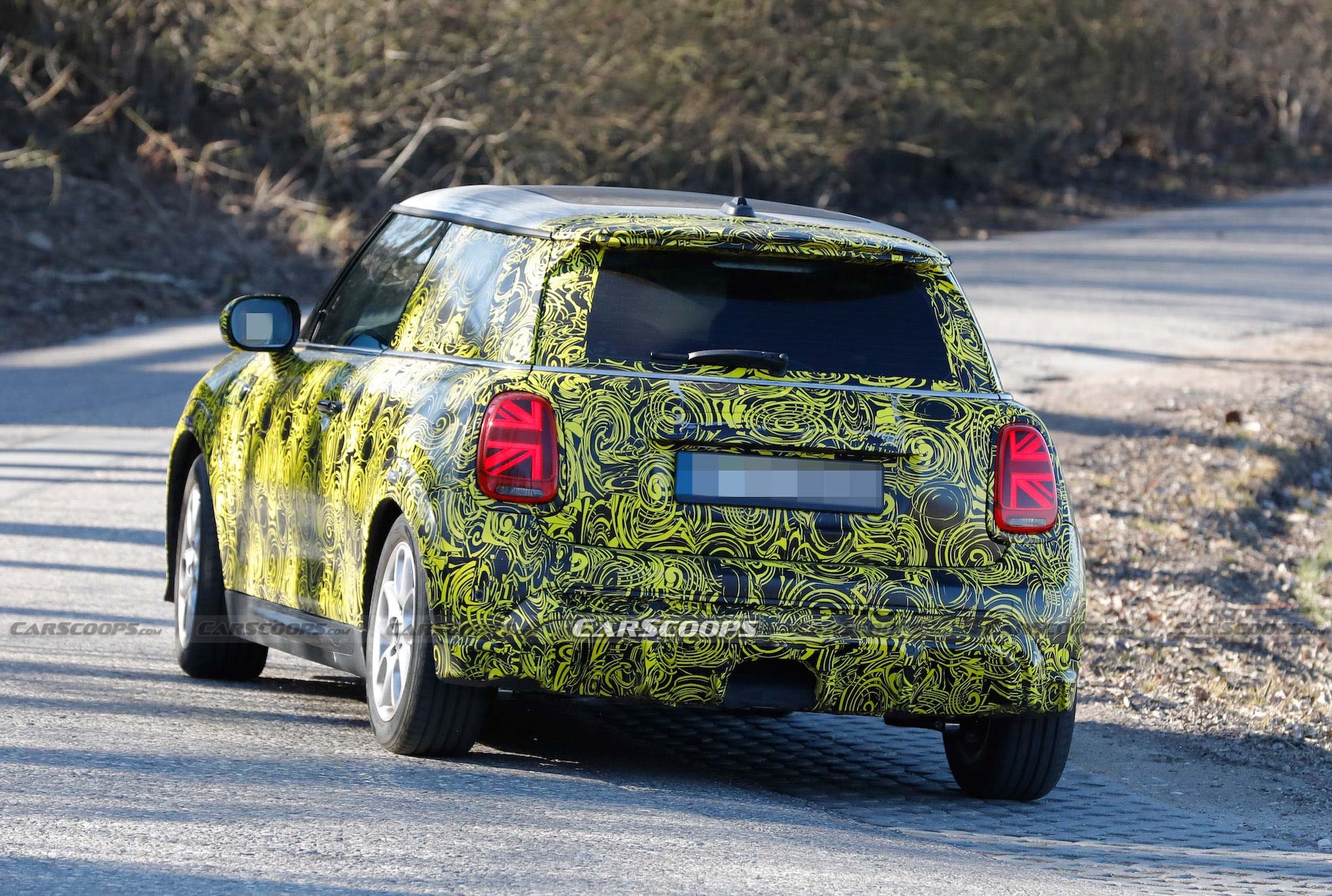 Though this car’s central exhaust cut-out in the rear bumper suggests it’s a hot Cooper S, the absence of a hood scoop or an exhaust to fill that bumper cut-out means it looks more like a warm Cooper to us. The busy disguise prevents us from seeing exactly what changes Mini has in store for us, but Mini’s official teaser shot of the EV, the leaked images of the finished car, and the nose of the Urbanaut minivan provide clues to the design of the headlights and grille. 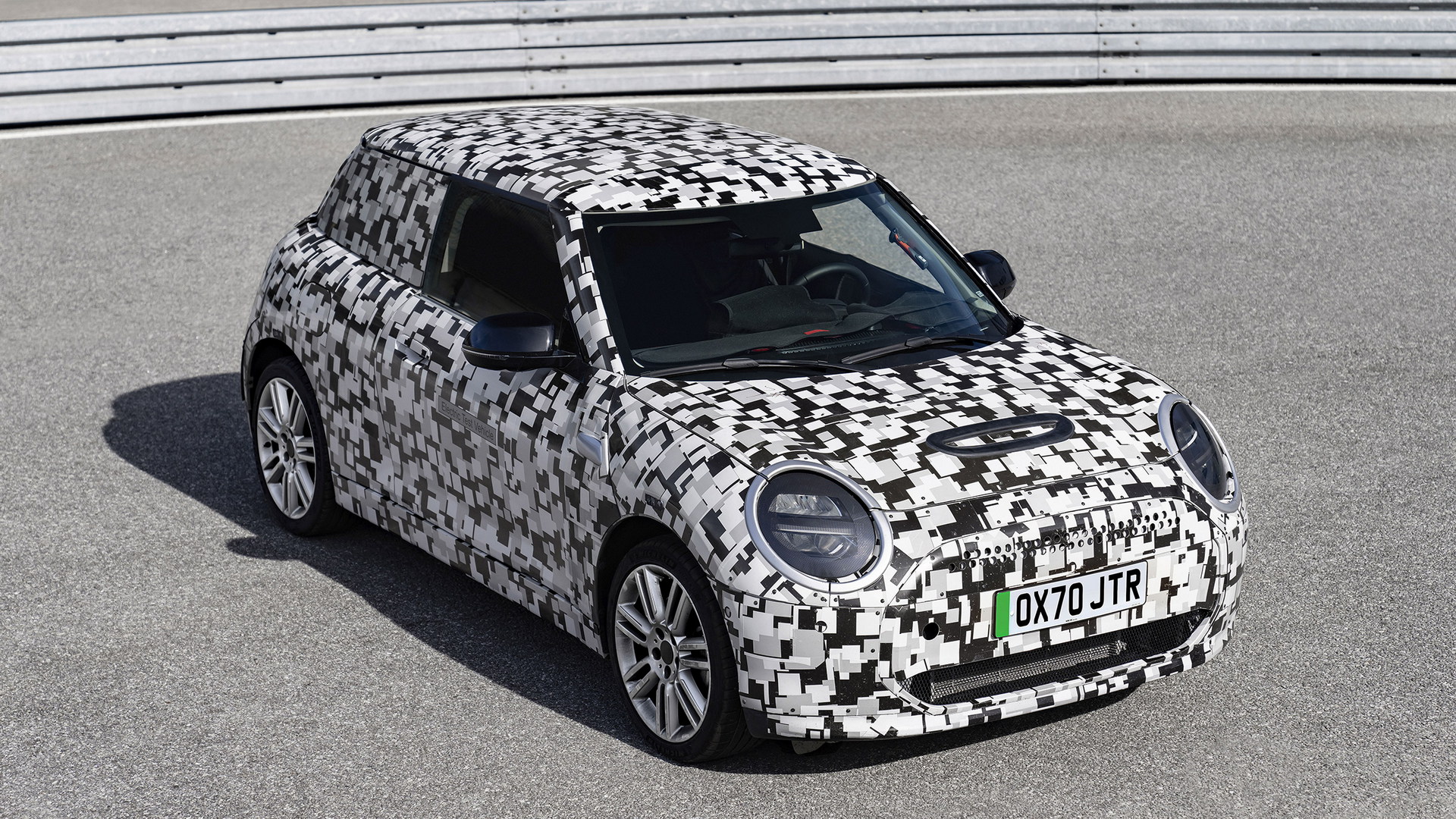 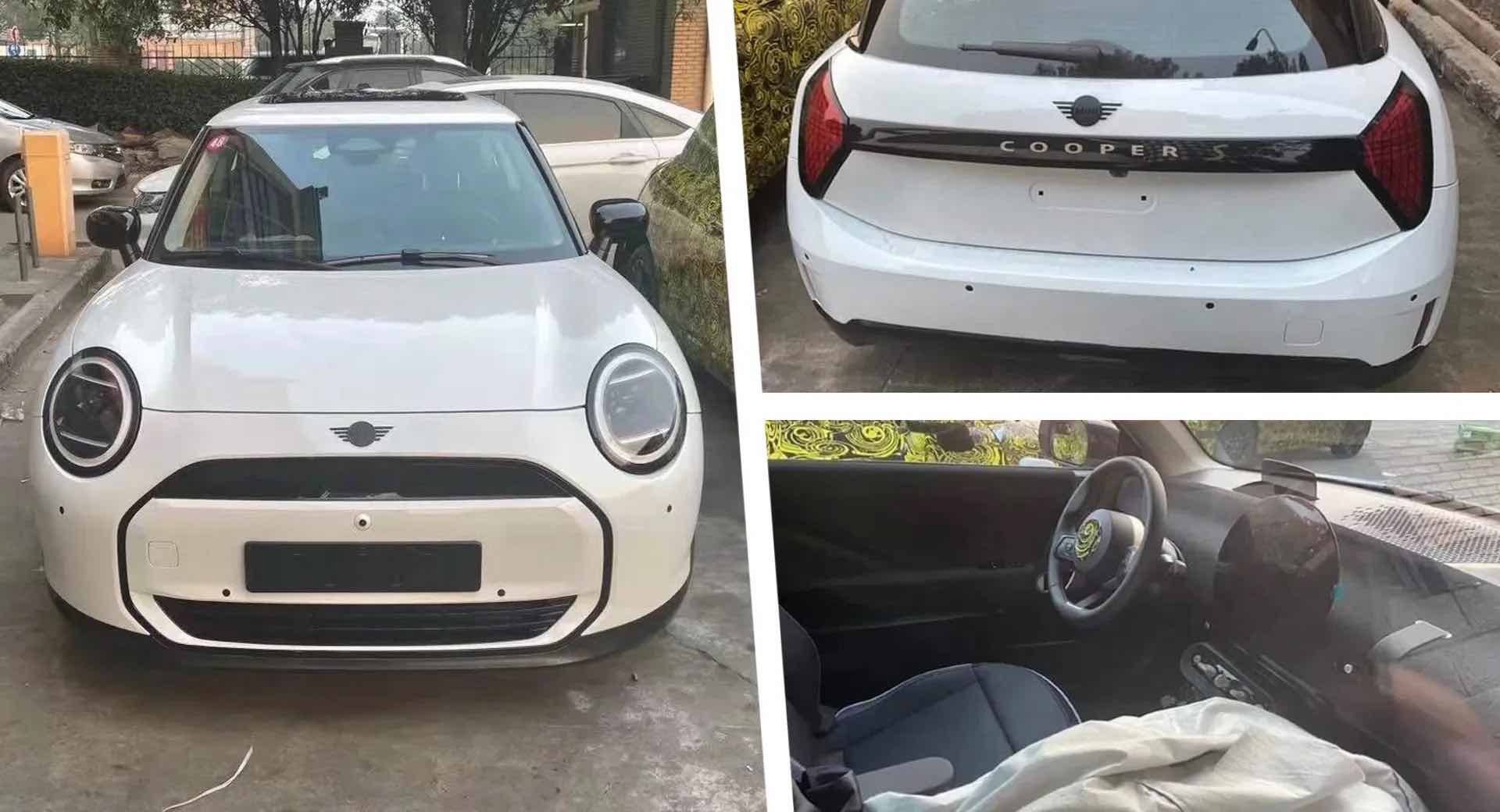 But if Mini retains the Union Jack-pattern rear lights from the current car, which this test car wears, we’ll have no trouble distinguishing ICE and electric Minis. Spy shots of the EV taken in China last year showed it had distinctive diamond-shaped rear lamps.

The engine lineup is also likely to remain similar to the one offered in today’s cars, which means a combination of 1.5-liter triples and 2.0-liter fours, all turbocharged and driving the front wheels. But one area likely to see a noticeable improvement is the interior, which should benefit from a bigger, more sophisticated touchscreen infotainment system.

Would you buy the Chinese EV Mini over the facelifted ICE alternative? Leave a comment and let us know.