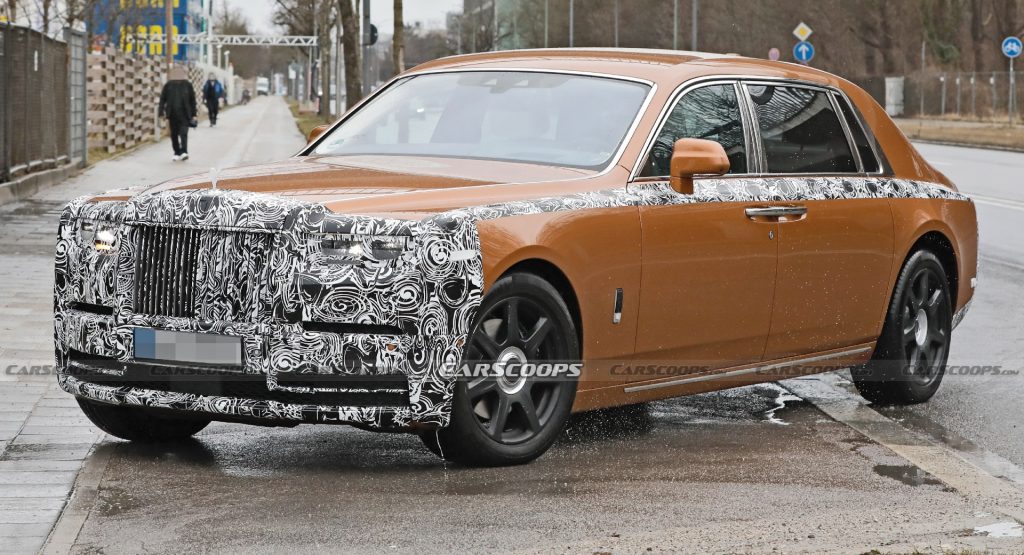 Last month our spy photographers caught the Rolls-Royce Phantom with small pieces of camouflage covering the headlights and the grille, hinting at an upcoming facelift. Now, a different prototype of the luxury flagship is back with a bit more camouflage, despite the almost indistinguishable changes.

The prototype is painted in a fancy orange shade, one of the countless options offered to Rolls-Royce buyers, combined with black six-spoke wheels. We can also see plenty of chrome accents and the beautiful opaque Spirit of Ecstasy. A closer inspection reveals the redesigned headlight graphics and an additional shutline on the front grille. Other than that, the front and rear bumpers look identical to the existing Phantom, as well as the uncovered LED taillights that still look fresh. 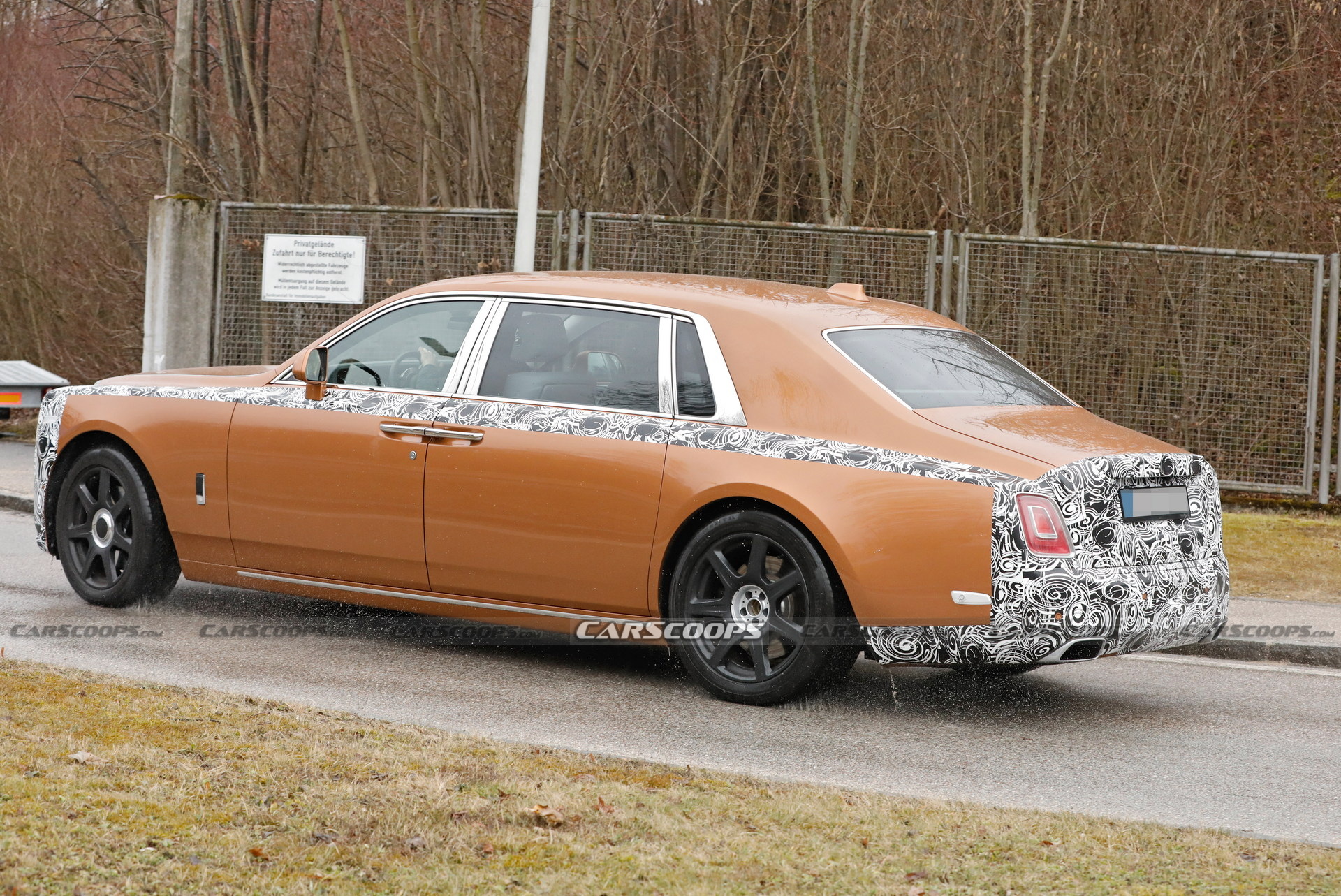 By 2030, Rolls-Royce will have presented fully electric variants of the Ghost, Phantom, and Cullinan, alongside the upcoming Spectre. All of the aforementioned models are based on the same aluminum spaceframe platform called “Architecture of Luxury”, which is also EV-ready as proven by the Spectre. However, we don’t know if Rolls-Royce will offer an EV variant of the Phantom with this update, or keep it for the next generation.

The current Rolls-Royce Phantom was introduced in 2017, which means it will turn five years old this year making it a nice time for the forthcoming facelift. Honoring its heritage, the facelifted Phantom will likely get many bespoke variants since the demand for them is on the rise.