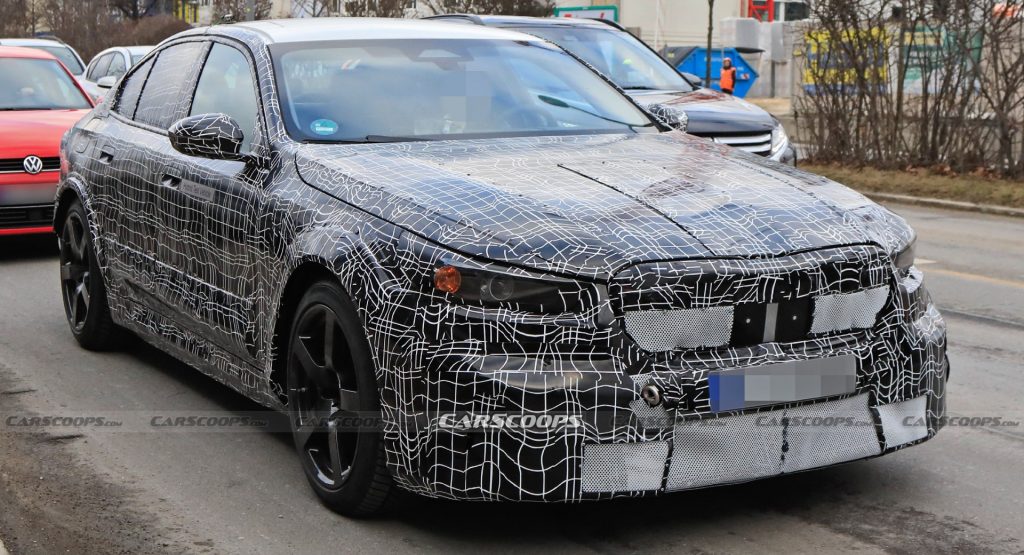 Since last year, BMW has been testing prototypes of the next-generation 5-Series and the equivalent fully electric i5, but we had yet to see a prototype of the upcoming M5. The performance sedan, which will be fitted with a hybrid powertrain, made its spy debut on public roads showing hints of its sporty bodykit under the camouflage.

At the front, the M5 is distinguished by a redesigned bumper featuring larger intakes and a generously-sized kidney grill. The model will likely get a bulged bonnet, while the aggressive headlights expanding towards the front fenders are not yet fitted with the production-spec LED graphics. 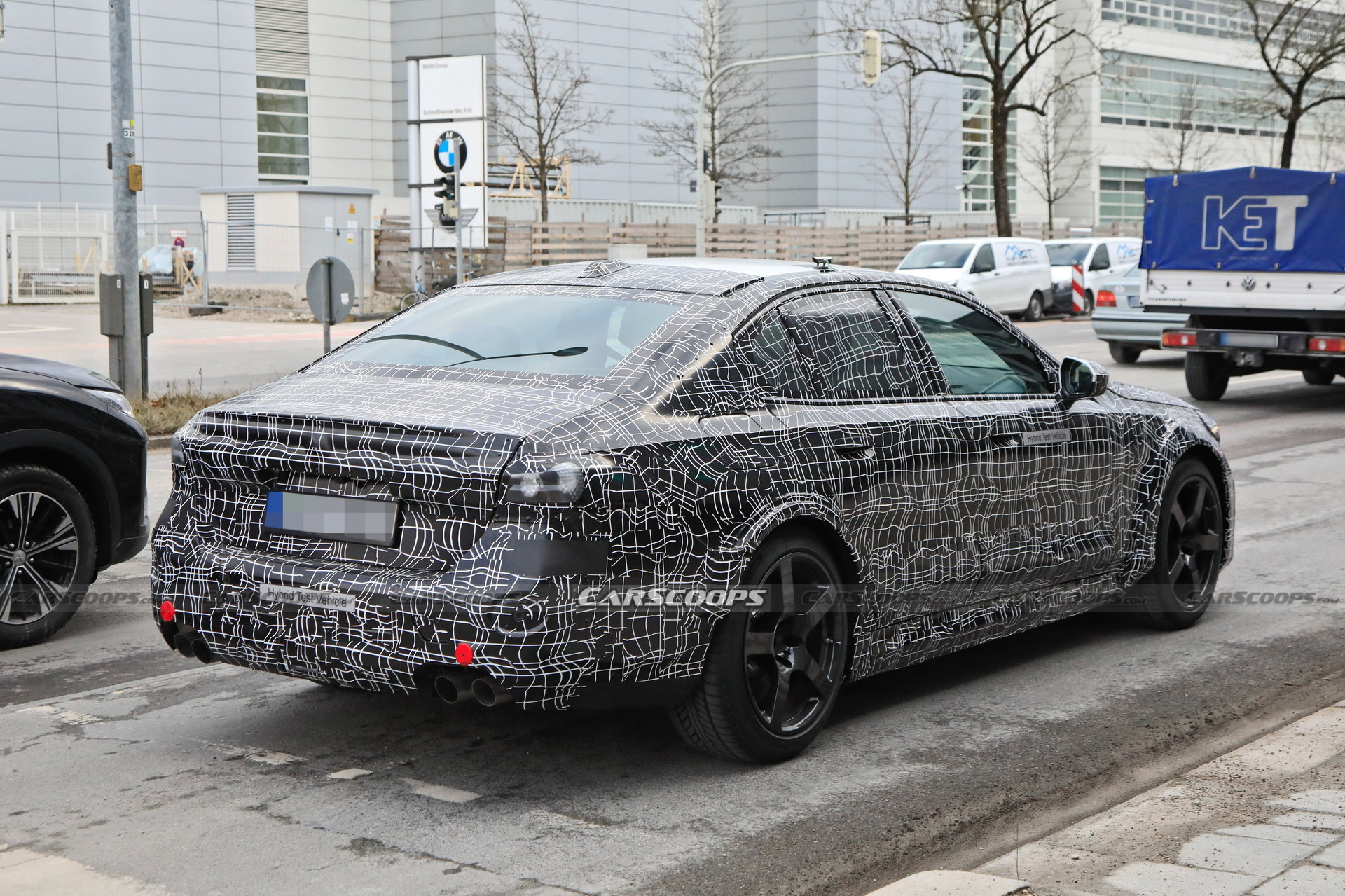 The prototype has wider front and rear fenders covering the wider tracks, side-sill extensions, plus black five-spoke wheels hiding large-diameter perforated disc brakes. It is clearly sitting closer to the ground thanks to a version-specific setup for the adaptive suspension. At the back, there is a lip spoiler and quad exhaust pipes which were always a clear hint of a full-blown M model. This characteristic seems to be carried over despite the electrification, at least for one last generation before every BMW model becomes an EV.

The hybrid stickers on the prototype confirm the rumors about the electrification of the M5. The model might use a similar powertrain with the upcoming BMW XM. This means it could get a twin-turbo V8 and an electric motor, which in the SUV produces a combined 750 hp (559 kW / 760 PS) and 737 lb-ft (999 Nm) of torque. If that’s the case, that would be a significant increase over the 627 hp (468 kW / 636 PS) of the current non-hybrid BMW M5 CS that was unveiled in 2021 as the most powerful M5 yet. Besides the hybrid M5, a fully electric i5 M is also rumored with a tri-motor powertrain and an even higher output closer to 800 hp (597 kW / 811 PS).

The all-new BMW 5-Series is expected to debut in mid-2023, together with the fully-electric variant called the BMW i5. As for the M5 performance flagship, it is rumored for a 2024 debut, since BMW’s performance models usually arrive six months after the regular range.