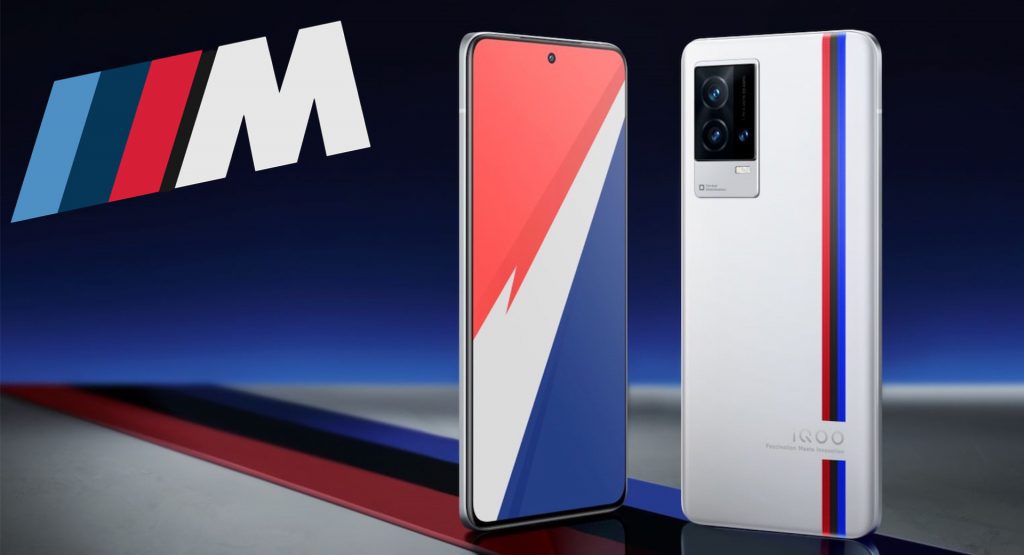 Automakers and watch brands are constantly buddying up to produce pricey timepieces, so it might seem strange that there aren’t more car-themed phones, given that most of us run our lives via one, including using them to tell us the time.

IQOO and BMW are making amends with the M-striped edition of the Chinese brand’s new 9 and 9 Pro, two smartphones for the Indian market with the kind of spec that will get tech fans as excited as we get over a new M3.

Think of the 9 Pro as the “Competition” version of the two. You get a Snapdragon 8 Gen 1 processor, up to 12 GB of RAM and a 4,700 mAh battery that can be charged at 120 W via the included charger, meaning it can go from zero to 100 percent charge in 19 minutes. That compares with around three hours for an iPhone 13 plugged in to a basic 5 W Apple charger. Even the wireless charging option can handle 50 W.

The 1440p OLED screen measures 6.78-inches (172 mm) and features 120 Hz tech for slick graphics, while picture duties are handled by a 50 megapixel wide lens, a 16 megapixel portrait camera and a 50 megapixel regular camera with a gimbal for wobble-free images and video.

Both run Android 12-based Funtouch OS 12 software from IQOO’s parent company, Vivo, but the plain 9 makes do with a smaller screen (6.56-inch/167 mm), smaller battery (4,350 mAh), and less powerful camera. You still get the 120 W charging capability, but there’s no wireless charging option.

And if you find the white M-striped “Legend” version a little bling, you might prefer the “Dark Cruise” carbon-style alternative casing. The new smartphones will be available in India from March, but it’s unclear whether BMW fans in other markets will be able to get their hands on one later in the year.