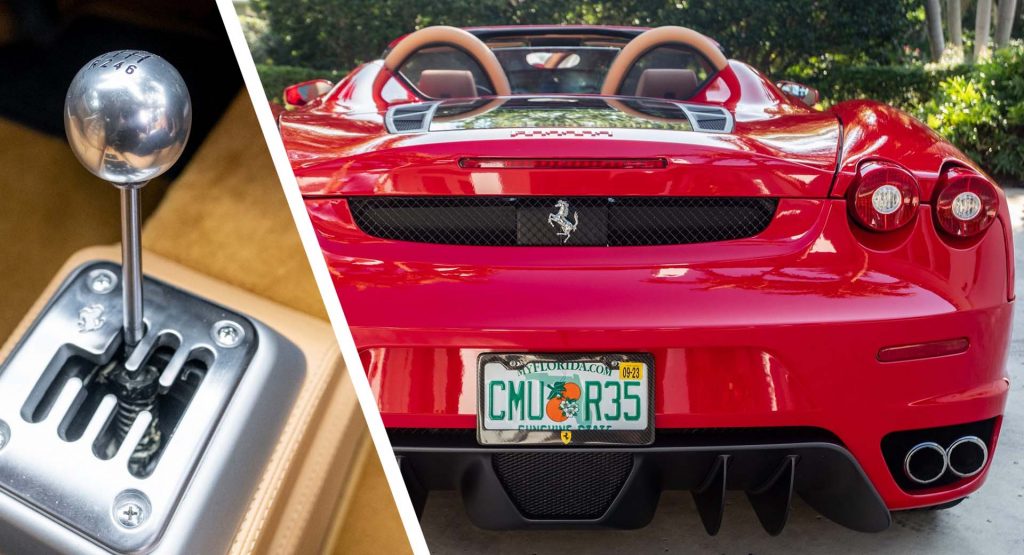 The F340 lives in that hinterland between old and new Ferraris, between collectible classic and cutting-edge modern supercar. Essentially a facelifted and upgraded 360 Modena, it’s fast and fun to drive, but it’s a step and half behind the 458 that replaced it in terms of speed and sophistication.

The 2004-2009 F430, though, is a landmark Ferrari for one important reason: it was the last mid-engined Ferrari offered with a manual transmission. Incredible as it might seem today, given how dated the F1 single-clutch paddle-shift manual feels compared to a modern twin-clutch ’box, and how much love there is in the car community for manual transmissions, now it’s much harder to buy a new car with one, few F430 buyers opted for a stick when the car was fresh.

Which means there’s a huge difference in values between manual and paddle-shift F430s. Hagerty Insurance’s valuation tool suggests a Condition 2 (excellent condition, but not concours) 2009 F430 Spider with the F1 transmission would be worth $175,000, up from $135,000 this time last year, reflecting the growing interest in the model.

But it also suggests that a manual version of the same car is worth 100 per cent more, which would make a nice stick-shift Spider a $350,000 car, and a pristine, concours-grade example worth $466,000. For reference, a brand new Ferrari F8 Spider costs, or did until Ferrari stopped taking orders last month, around $280,000.

Related: Manual Gearbox Ferraris Are Now Worth Up To Twice As Much As Paddleshift Cars

We’re pretty sure this 11,000-mile 2009 Spider that’s currently collecting bids on Bring-a-Trailer won’t hit $400k, but judging by the prices achieved for similar manual F430 spiders on the same site in recent months, it’s going to finish up at around the $300k mark or higher, and certainly well above what a brand new F8 would set you back.

Two-hundred grand is one hell of a markup, but if you’re determined to get your hands on one of the last stick-shift Ferrari sports cars, get your bids in before close of play on Thursday, April 14.