The TZ750 is best known in dirt track circles for the win by “King” Kenny Roberts at the 1975 Indianapolis Mile over the formerly dominant Harley-Davidson XR750s. It was this victory that caused the AMA to promptly ban the TZ750 from flat track competition from that moment on.

The Yamaha TZ750 was called “the most notorious and successful roadracing motorcycle of the 1970s” by Motorcyclist Magazine, though that may sound like hyperbole the evidence is on their side. 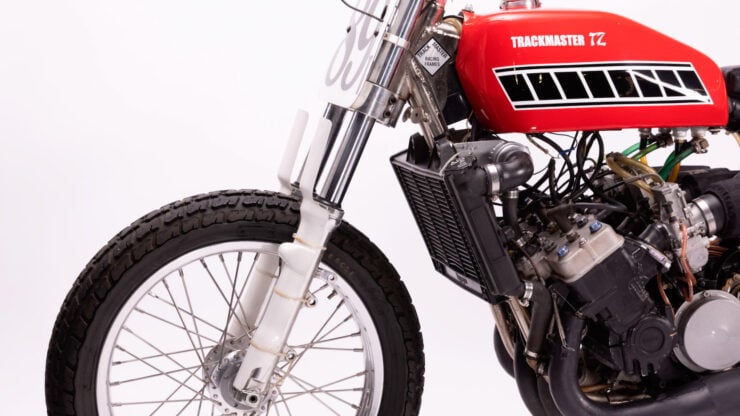 The TZ750 engine is an inline-four cylinder two-stroke capable over well over 120 hp after tuning.

Early examples of the TZ750 became famous for being widowmakers, the flexible frames, insufficient brakes, and poor suspension were no match for the 120+ bhp bring produced by the engines – even the tires would shred themselves down to the canvas when used in anger.

When Yamaha released the TZ750 in 1974 it made their fellow Japanese motorcycle manufacturers sit up and take notice. What Yamaha had essentially done was take two of their parallel twin TZ350 two-stroke engines and join them at the hip – creating an inline-four with an original displacement of 694cc and 90 hp.

Over the following years the TZ750 would be developed rapidly, by 1975 the displacement was up to 747cc and engine tuning had brought the power up to over 120 bhp. Modifications would be made to the frame, suspension, and brakes to continually improve the motorcycle’s performance. 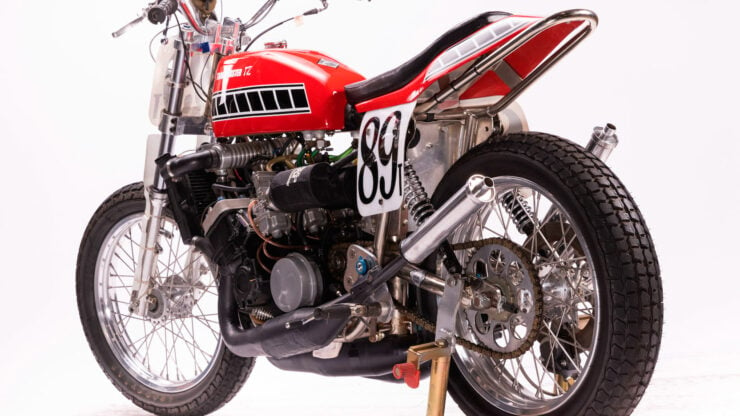 The TZ750 would take a slew of wins in other races in the United States, Europe, and around the world. It was an almost unbeatable motorcycle in its day and surviving examples are now highly sought after by collectors.

The Trackmaster-framed TZ750 you see here was built by none other than Gary Davis, a former race-winning professional motorcycle racer and a retired motorcycle daredevil that took records from Evel Knievel back in the 1970s.

Davis became a Hollywood stunt rider by the late 1970s, he’s now worked on over 280 films, more than 250 TV episodes, and 190 plus commercials. His film credits include “X-Men: Days of Future Past,” “The Amazing Spiderman,” “Against All Odds,” “Terminator 2,” “Independence Day,” and “Spiderman 2.”

The bike is now due to sell at the Las Vegas Motorcycle Auction which will be held by Mecum in late January. If you’d like to read more about the bike or register to bid you can click here to visit the listing. 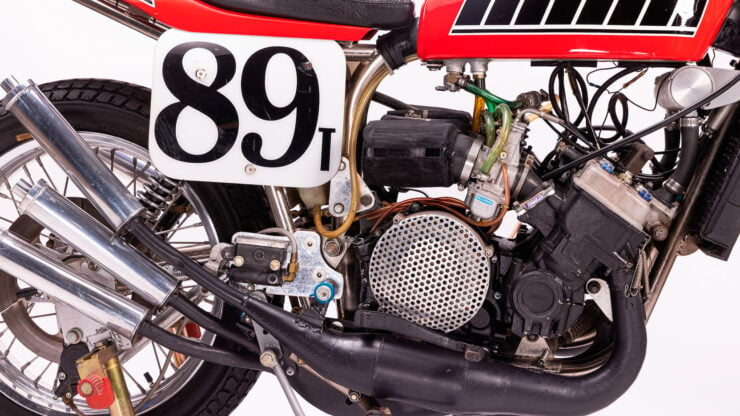 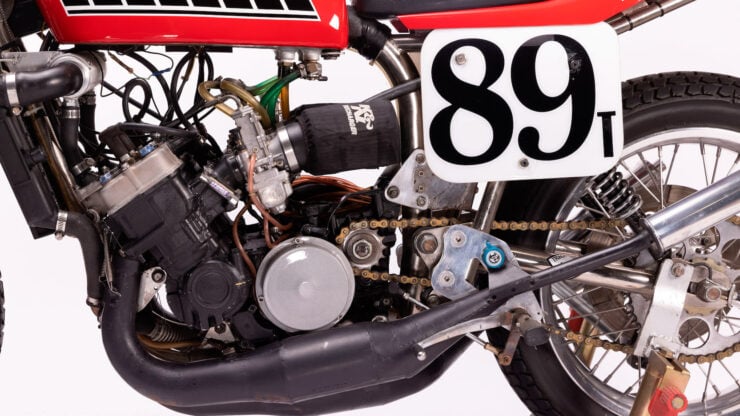 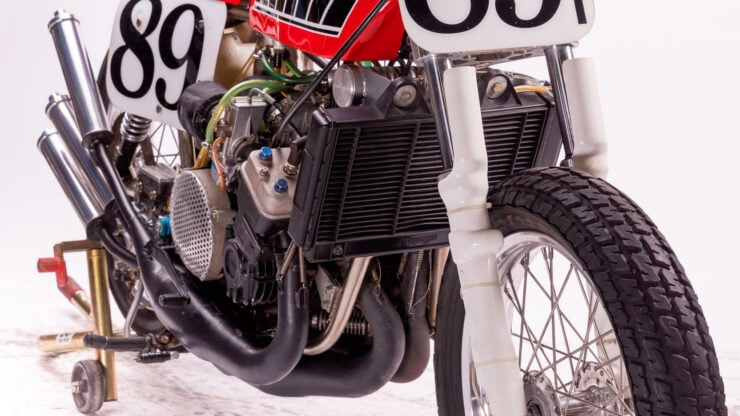 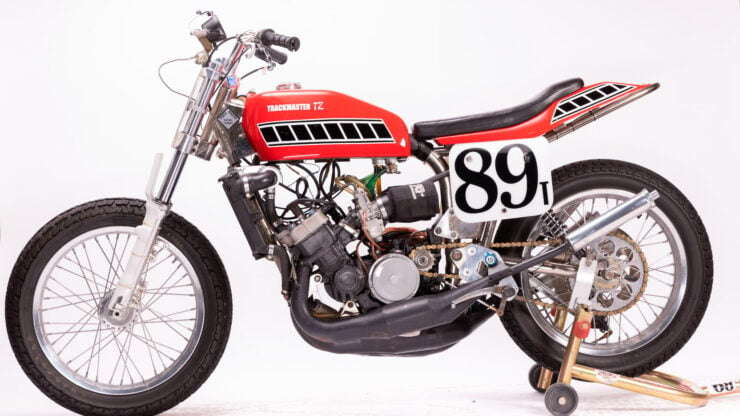