This is the unusual Davis Divian, just 12 are thought to have survived to the current day. Upon its release it was billed as “The Ultimate Car Of The Future” and 350+ dealership licenses were sold across the country.

The design of the Divian was based on the “The Californian,” an unusual three-wheeled car built by future Indianapolis 500 racing car designer Frank Kurtis for Joel Thorne – a Californian millionaire and gentleman racing driver.

The Origins Of The Davis Divian

The Davis Divian is one of many highly-unusual cars to appears in the years shortly after WWII. The war had been a time of rapid innovation led by countless thousands of engineers – many of whom found themselves back working on civilian projects once hostilities had ceased.

Above Video: This period newsreel of the Davis Divian shows the car in action, highlighting its built-in hydraulic jacks and its unusual ability to drive itself in circles.

One key area that had seen significant investment and research during the war was aerodynamics, the lessons learned were later applied to automobiles with a view to reducing drag, increasing fuel economy, and increasing top speed.

The Le Mans-winning Jaguar D-Type is perhaps one of the most famous examples of aircraft technology being applied to automobile design in the decade after WWII, however there were countless others – one of the most obscure being the Davis Divian.

Ambitious used-car salesman Glen Gordon “Gary” Davis came up with the concept for the Divian car in 1946 after seeing a custom three-wheeled car named “The Californian.”

He had his own version created that incorporated a slew of cutting edge technologies taken from the world of aviation including a sleek aluminum alloy body and tricycle landing gear inspired three-wheeled platform.

Gary Davis – Ever The Showman

Gary Davis’ greatest skill was almost certainly his understanding of the importance of showmanship and public relations – likely gained from his years selling used cars. 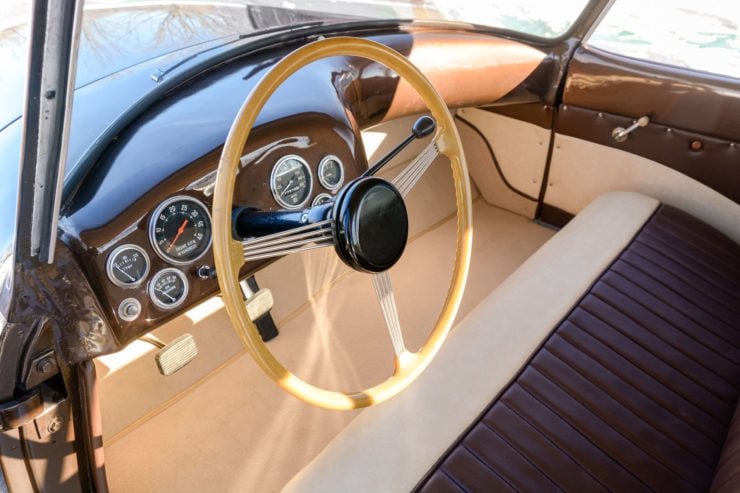 The name “Divian” is an Arabic term for a couch or day bed, it was chosen as the name for this model due to its wide bench seat that can fit four adults side-by-side.

The work Davis did promoting the Davis Divian was a masterclass in automotive PR, he managed to get he car featured in a slew of major magazines including Business Week, Life, and Parade. The car was also featured in period newsreels that would run in cinemas to millions of Americans before the main film played (see an example below).

The first Divian prototype was unveiled at the Ambassador Hotel in Los Angeles with there assistance of former Los Angeles Herald-Express reporter Jack Adams, as well as actress and famous Hollywood blonde bombshell Cleo Moore.

Davis also hired four American Airlines stewardesses to sit side-by-side on the wide bench seat of the Divian, to showcase the fact that it could accommodate four people – an unusually wide size for the time.

Show-goers were enthralled by the futuristic look of the Divian, with its spaceship-styling, pop-up headlights, built-in hydraulic jacks, excellent fuel economy, and high top speed. It seemed to many to be the car of the future – just like the advertising material claimed.

Investors poured capital into the Davis Divian project, funding a coast-to-coast tour in one of the prototypes which Davis used as a way to sell dealership licenses – he sold over 350 of them and raised $1.2 million USD in total, the equivalent of over $17.3 million USD in 2022. 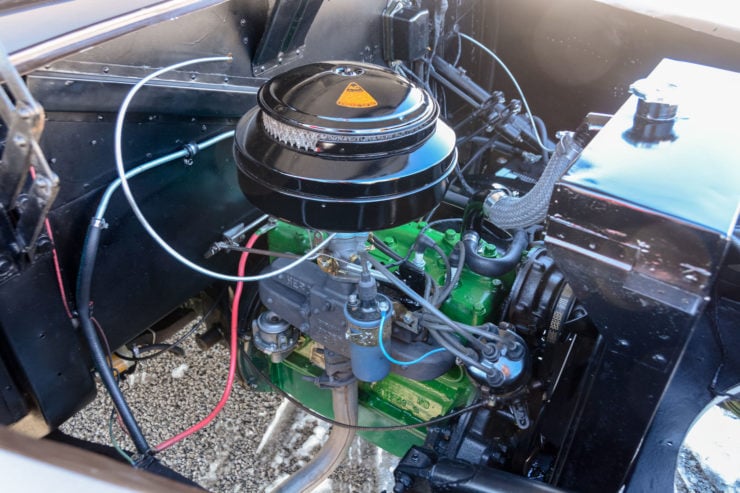 This car is fitted with the 47 bhp L-head Hercules four-cylinder engine, power is sent to the rear wheels via a three-speed manual transmission and the top speed is said to be over 100 mph.

The Davis Divian In Production

Unfortunately, Gary Davis wasn’t quite as good at getting the Divian into production as he was at promoting it and drawing in investors. A factory facility was established in a large hangar at Van Nuys Airport, workers were hired and equipment was acquired.

The reality of getting a prototype into series production is a difficult feat that has led to the downfall of countless fledgling automakers over the years, famous examples like Tucker, Bricklin, and DeLorean come to mind but there are hundreds of others.

People who had paid for dealerships began to get frustrated as deadline after deadline was missed and they still received no cars to sell, some even travelled across the country to the Van Nuys airport to see what was happening for themselves.

Ultimately the money dried up, Gary Davis was sued by both his investors and by his workers. Unable to pay back the money he was sentenced to two years labor in a work farm prison camp. Davis insisted he was innocent until his dying day, and it’s widely believed that he wasn’t guilty of malice but of inexperience in getting a car into production. 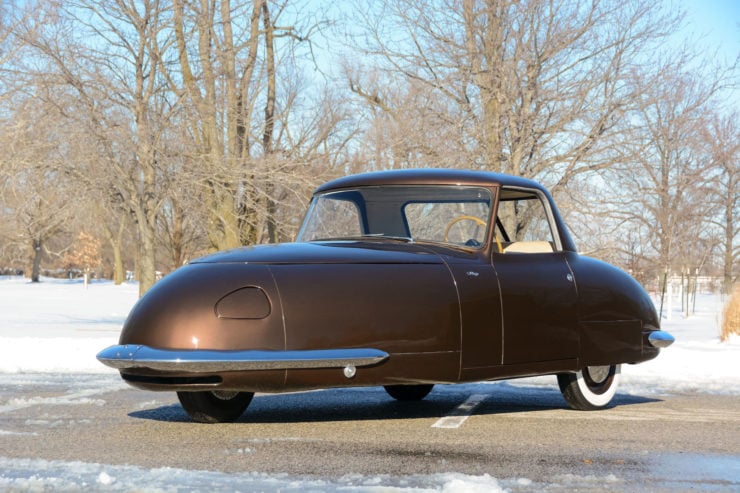 The styling of the Davis Divian is said to have been inspired by aircraft design, its narrow nose flares out to a wider rear end and it has excellent aerodynamics by the standards of the time.

Later in life Davis would redesign the famous “Dodge-Em” bumper car using a design clearly reminiscent of the Davis Divian, and he would later try to get a new road car into production with a 360º Dodge-Em car-style bumper around it for safety.

The car you see here is the third Divian production car ever made, it was built at the Van Nuys facility along with the other 10 production vehicles. Two earlier prototypes had been built for a total of 13 Divians, and impressively they all survive today bar one.

After the company was liquidated this car ended up in storage in Michigan where it remained for decades. It was rediscovered in 2011 by devoted Davis enthusiasts and it was restored shortly thereafter.

This car is fitted with the L-head Hercules four-cylinder engine paired with a three-speed manual gearbox, it has its original removable fiberglass hardtop, and it’s in excellent condition throughout.

If you’d like to read more about this unusual vehicle or register to bid you can click here to visit the listing on RM Sotheby’s. It’s due to roll across the auction block with RM Sotheby’s on the 5th of March in Florida with a price guide of $150,000 – $175,000 USD. 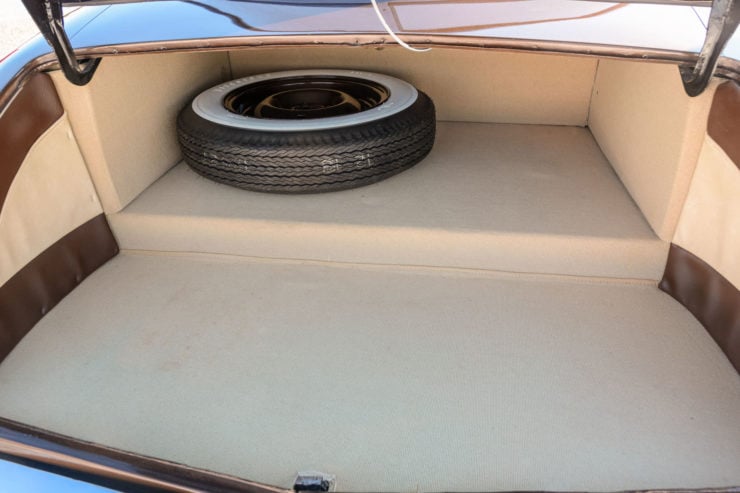 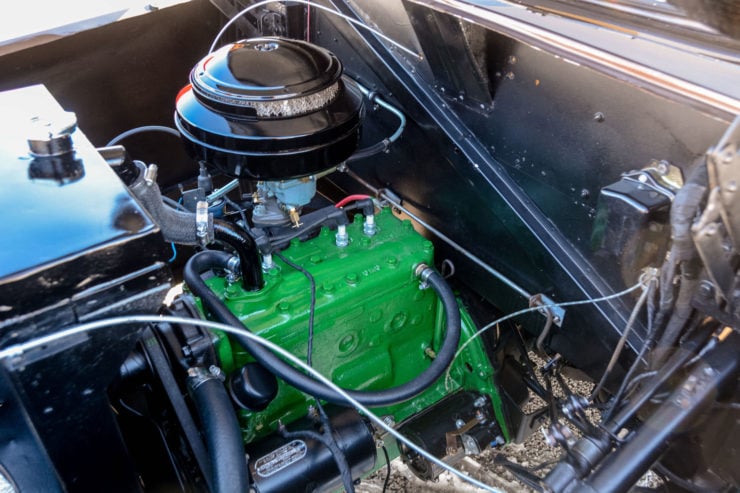 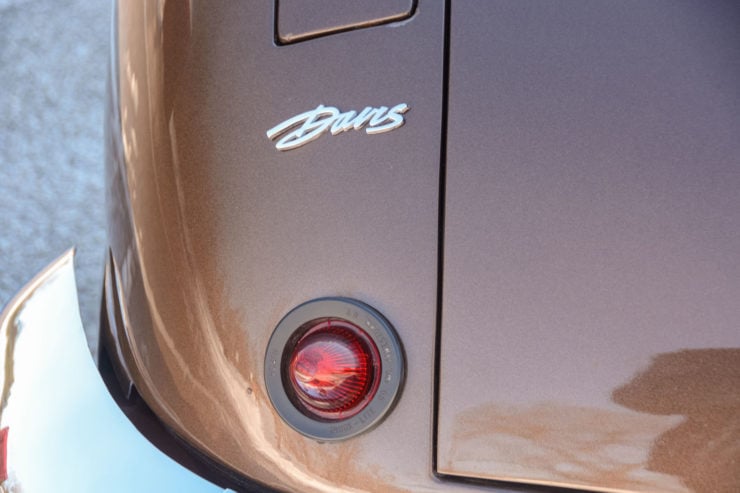 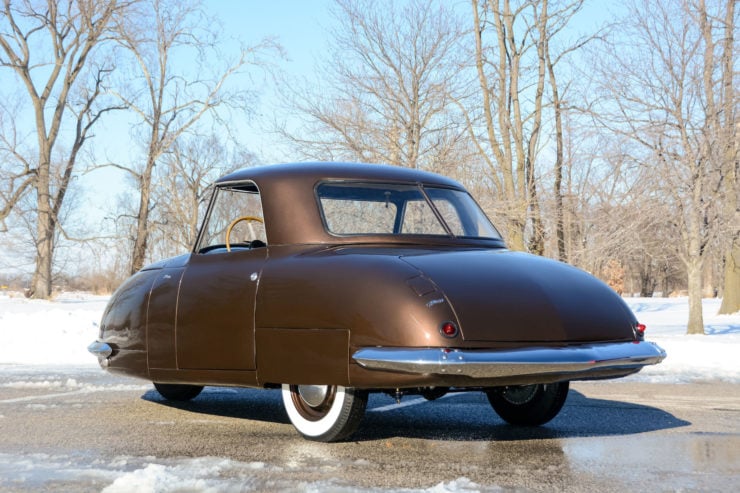 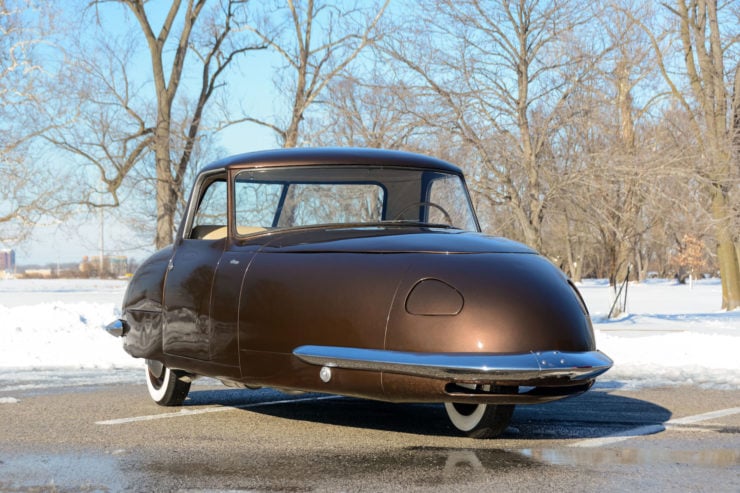 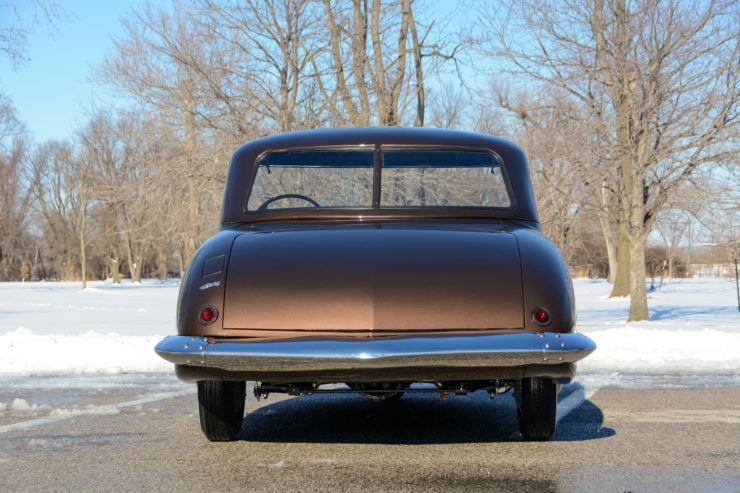 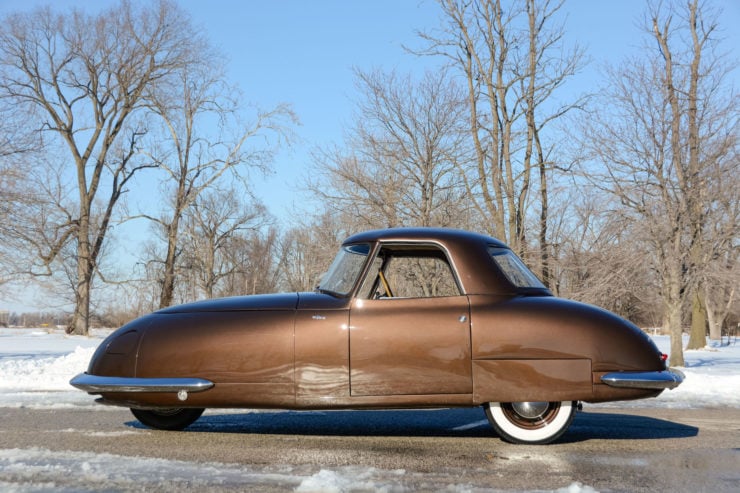 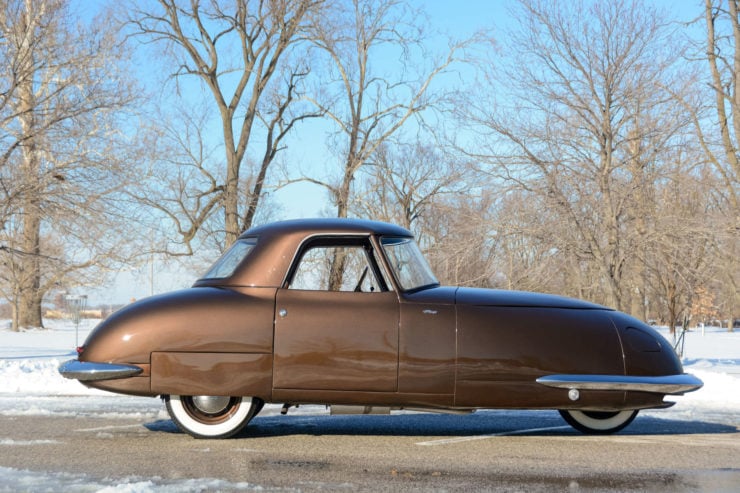 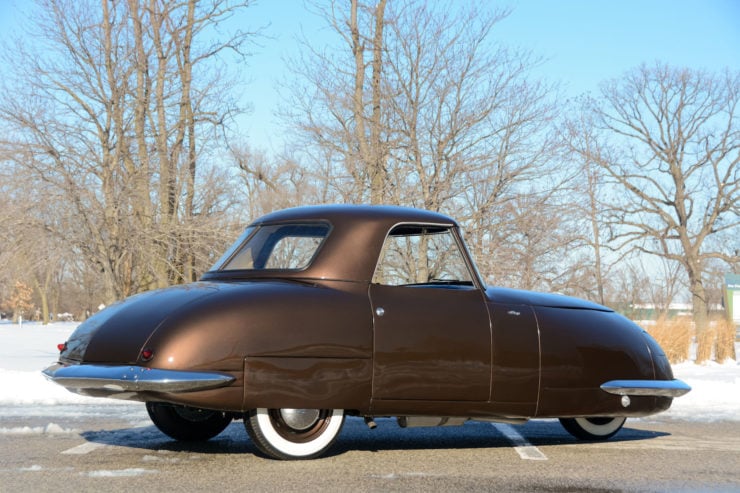 The post A Rare Davis Divian: “The Ultimate Car Of The Future” From 1948 appeared first on Silodrome.