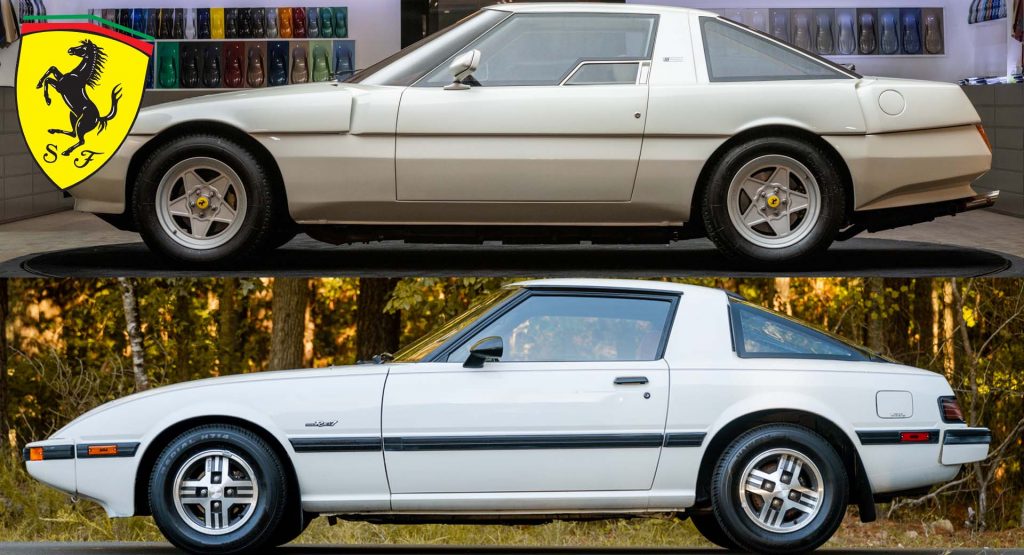 There’s no such thing as the perfect car, so when regular folks like us buy a new one, we look at how much money we can scrape together and see which one gets most things right, and the least wrong, for our bread.

Things are slightly different for members of the Saudi Arabian Royal Family. Their car budget is effectively infinite, and if they can’t find something that ticks all their boxes, rather than settling for the one that gets nearest, they’ll simply pay someone to build one that does. And the unnamed royal that commissioned this 1983 Ferrari Meera S obviously desperately wanted to make a Ferrari coupe look like some kind of Group B-style first-generation Mazda RX-7.

Starting out with a Ferrari 400i, the front-engined V12 coupe originally launched back in 1972 as the 365 GT4 2+2, the car-crazed royal apparently commissioned legendary designer Giovanni Michelotti to transform the three-box GT into something more radical.

At least that’s according to the listing info from RM Sotheby’s, which is auctioning the car in its Paris sale on February 2. But Michelotti, who was responsible for multiple Ferraris, Maseratis, and Triumphs in the 1950s, ’60s, and ’70s, died in 1980 and this car is listed as a 1983 model. It seems more likely that it was the work of his son, Edgardo, and the Michelotti design house team he left behind, rather than the great man himself, though it’s possible Giovanni might have worked on some preliminary sketches.

Related: Ferrari Daytona SP3 Is A Limited Run Hypercar With “Pop-Up” Headlights And An 829-HP V12 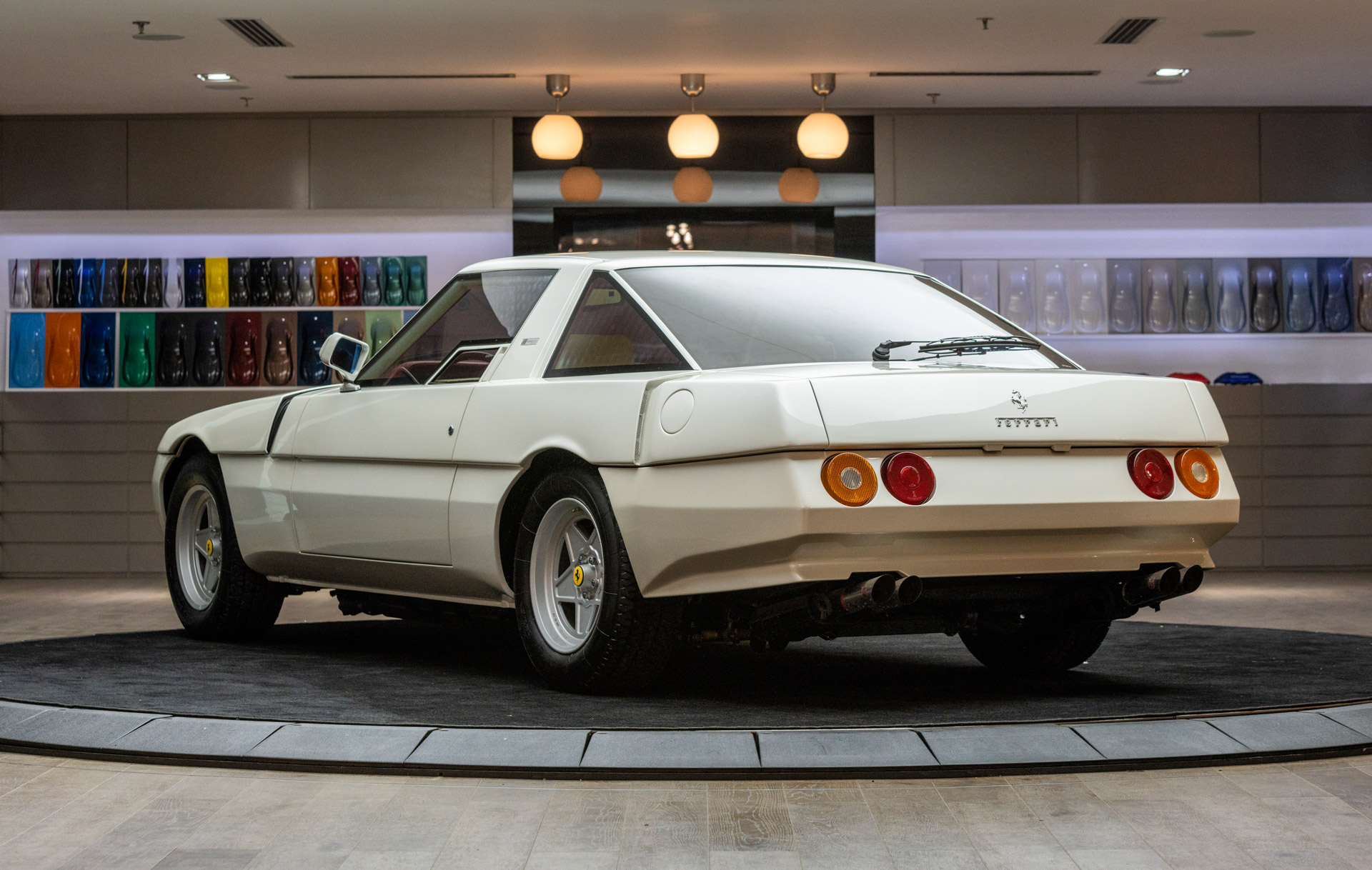 Either way, it’s a bit of a mixed bag. It looks pretty slick in profile view, and much sportier than a stock Ferrari 400i, albeit very much like an FB RX-7 that’s been shunted up the rear, creasing the rear quarter panels. The tapered nose drops impressively low considering the hood has to hide a 311 hp (315 PS) 4.8-liter V12, and the slatted grille and pop-up lights are pure 1980s.

But the rear looks plain weird. The quartet of lights appears to be mounted too low, making it look like an R33 Skyline GT-R that’s landed on its roof after a street racing passing maneuver gone wrong. And let’s hope the air conditioning system works because I wouldn’t fancy driving down a Saudi street with only those tiny inset side windows rolled down to cool the cabin.

Inside, it looks fairly stock, down to the GM400 automatic box’s shifter with its shoe-shine machine gaiter bristles. But a search of the car online reveals earlier pics, presumably taken before a €252k ($285k) Ferrari Classiche restoration in 2010, showing the car with its original, and much more interesting digital dashboard. The same search also throws up an interesting tale about the car being given away to a friend by the commissioning royal very quickly, and later being confiscated from a Dutch drug baron. 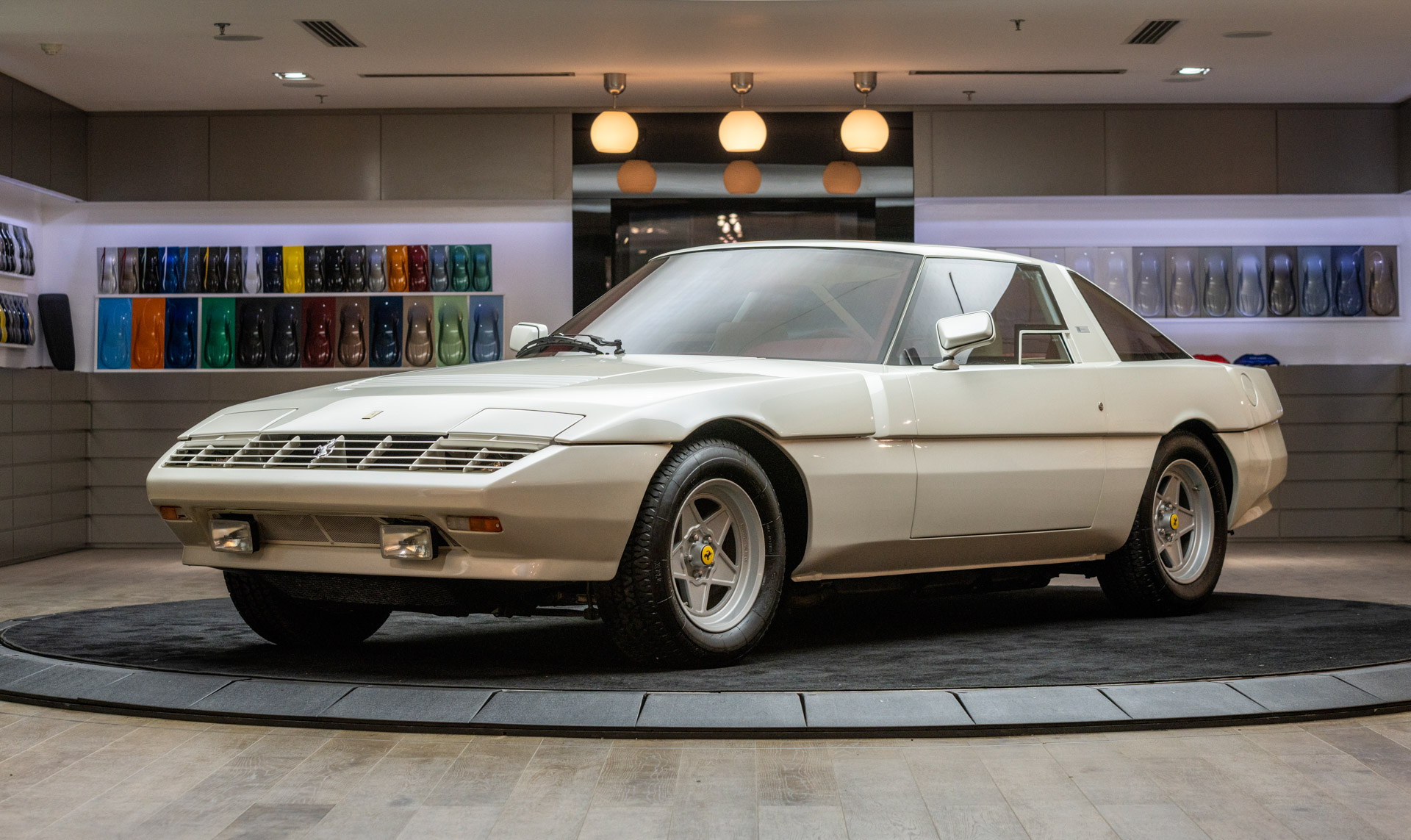 How much of that is true, we’re not sure, but it’s an interesting one-off, all the same. And one-off Ferraris tend to make strong money, no matter how questionable their styling. For the rest of us without royal, or collector-grade budgets, Hagerty reckons you can pick up a good FB RX-7 for $10k.