Tata Motors currently is the leading SUV manufacturer of the Indian market. The Harrier is one of the most successful SUVs that the homegrown manufacturer has in their line-up. It competes against the Kia Seltos, Hyundai Creta, Jeep Compass and the MG Hector. Some people have liked the SUV so much that they have bought multiple Harriers. Here, we have an owner who has bought the fourth Tata Harrier in their family.

The video is uploaded on YouTube by Fuel Injected. In the video, he explains the reason behind buying Harrier again and again despite knowing that there are other mid-size SUVs available in the segment. The video starts with the vlogger stating that they just bought a Harrier Dark Edition with a manual gearbox. What is surprising is that they have three other Harriers in the family and they did not go for a test drive even once. But all four owners are very satisfied and happy with their Harriers.

Then the vlogger asks the owner the reason behind opting for the Harrier instead of any other competitor. The owner reveals that their first choice was a Hyundai Creta but they cancelled the bookings because of the white interior that Creta comes with. The white interior can get dirty very easily and is tough to maintain. They also found out that the quality levels of the Harrier are better than the Creta and the Creta did not feel like a SUV. 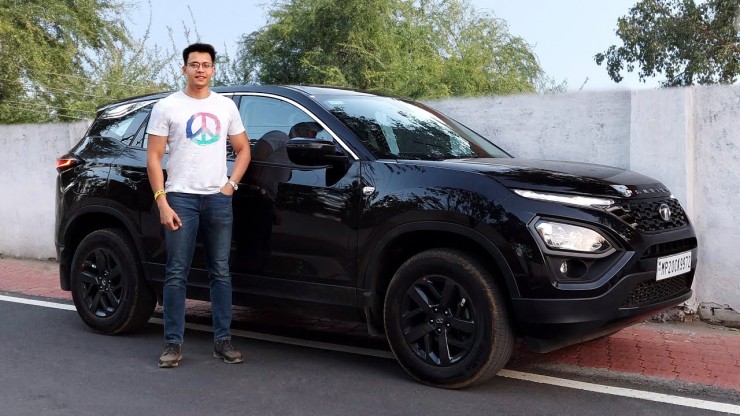 The owner did not want an MG Hector or the Kia Seltos simply because the Harrier was better built and gave a solid feel. In fact, the build quality of the Harrier has been proven on numerous occasions in many accidents. The last one on the list was the Jeep Compass. It is a good option but it was way above the budget. When compared, the Harrier is Rs. 8 lakhs cheaper than the Compass. Then the owner discussed the Harrier with the vlogger and decided to go for it. The vlogger himself owns a Harrier.

The owner opted for the Dark Edition of the Harrier. He says that he loves the black paint and he prefers the blacked-out alloy wheels to the diamond-cut units. While buying, he did know that Tata Motors would launch the Safari but he has a reason for not opting for the Safari. The owner said that he only has three members in the family so Harrier’s space is enough for them. Moreover, the Safari is 137 kgs heavier than the Safari which would have affected the performance in a negative way. 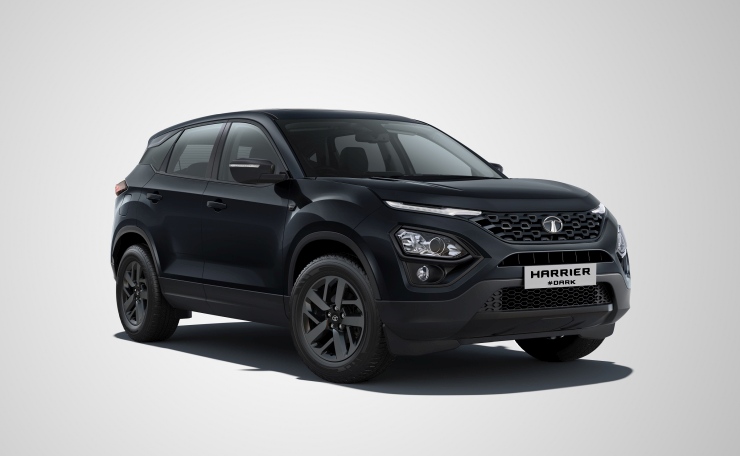 The vlogger also gives us a walkaround of the Harrier Dark Edition. He reports that the bonnet of the SUV is very heavy and he likes the performance of the Kyrotec diesel engine. There is a bit of turbo lag initially but then there is a healthy surge of torque. It is a 2.0-litre unit that produces 170 PS of max power and 350 Nm of peak torque.

The new Harrier has already covered 4,200 km on the odometer and it has a suspension setup that is suited for highway use. So, the owner is very happy with it. He says that the cruise control came in very handy during highway trips. However, he says that the touchscreen infotainment system on the Harrier is pretty laggy. He paid Rs. 22.5 lakhs on-road.