It’s not everyday that a rig like this comes up for sale, it comprises of a modified Land Rover Defender 110 and a Fantic Caballero Scrambler. When not in use the motorcycle rides in a rear-mounted rack on the back of the 110.

When going off road most people choose between a four-wheel drive or a motorcycle. Some don’t like to be restricted and so they get both – the 4×4 is ideal for carrying gear and people, and the bike is ideal for exploring those narrow trails that could never accommodate a truck.

Fast Facts – A Defender 110 And A Fantic Caballero Scrambler

This combination of a quintessentially British Land Rover Defender and an Italian Fantic Caballero Scrambler is a great example of a modern European adventure rig.

It’s clear that whoever put it all together spent some time on it, the full list of modifications applied to the Land Rover alone is as long as your arm. 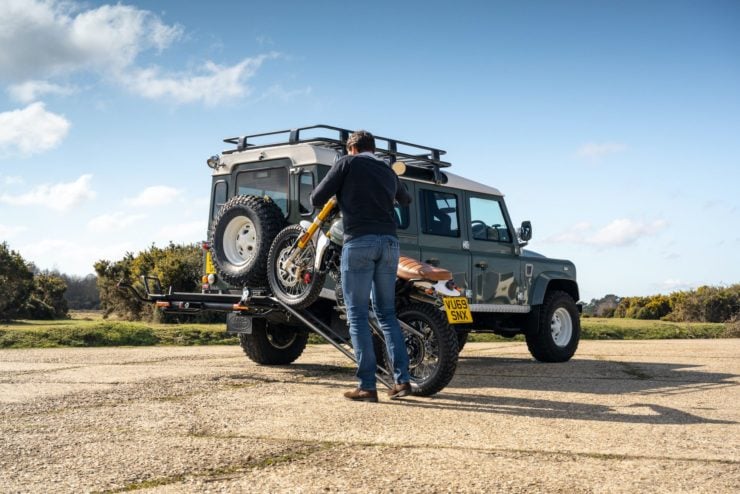 The Land Rover has a motorcycle carrier attached to the tow bar hitch, it comes with a ramp that allows for easy loading and unloading.

The project started with a standard 2012 Land Rover Defender 110, it was then given a slew of suspension upgrades including a 3 inch lift in the front, a 2 inch lift in the rear, four-way adjustable dampers, an RTC steering damper, a heavy duty Panhard rod, heavy duty trailing arms, new uprated bushes throughout, custom coil springs all around, and a 20mm wider track.

The Defender came from the factory in the same Keswick Green it’s currently wearing, Heritage-style grilles have been added, along with an ARB heavy duty roof rack, a custom galvanized 8mm winch bumper up front, and a Rhino carbon series 13,500 lb winch.

The original 2.2 liter inline-four cylinder turbodiesel has been given a Stage 1 tune, it sends power via the two-speed transfer case through the six-speed manual transmission to all four wheels. 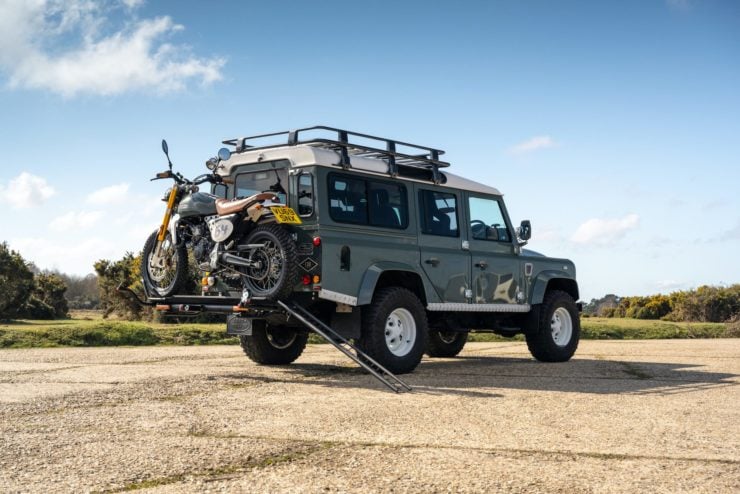 Once the bike is loaded and strapped down, the ramp is removed and stowed. The tow bar carrier is rated for up to 200 kilograms or 440 lbs.

Plenty of attention has also been lavished on the interior, it’s now fitted with Exmoor Trim Sports seats, a chrome Lode Lane banjo-style steering wheel, and a Pioneer stereo head unit with DAB radio, Bluetooth, and a reversing camera.

A fire extinguisher is mounted down by the driver’s right leg beside the seat, and there’s a central console with a tray for keys, wallets, phones etc.

The motorcycle is a Fantic Caballero Scrambler from Italy, it came from the factory with a SOHC 125cc four-valve, four-stroke engine that has electronic fuel injection, a slipper clutch, and a Variable Valve Actuation system.

The dry weight of the bike is just 130 kilograms, or 286 lbs, it was likely chosen for its low weight which makes it ideal for off-road use, as well as making it easier to load onto the carrier mounted to the tow bar hitch of the Defender. 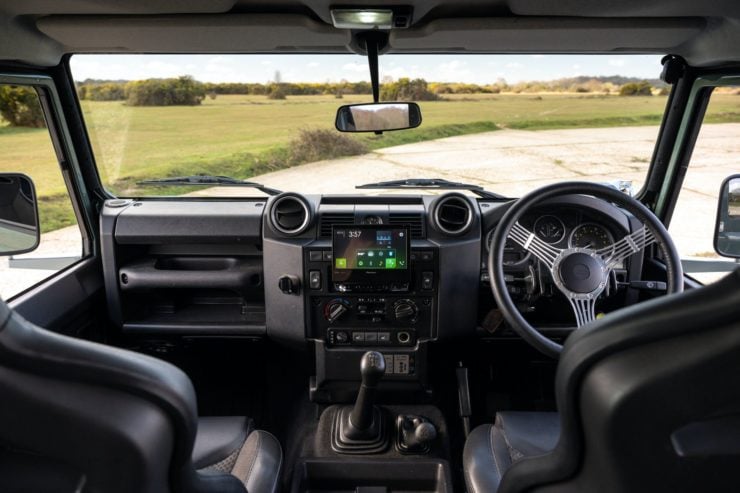 The interior has been upgraded with new Exmoor Trim Sports seats, a Lode Lane banjo-style steering wheel with a black rim, and a Pioneer stereo head unit with DAB radio, Bluetooth, and a reversing camera – that last feature is very useful when you have a motorcycle loaded.

With just 15 hp the Caballero isn’t designed to be a speed machine, it’s ideal for low and medium speed adventures down dirt trails, or quick trips into the nearby town.

A modest number of modifications have been applied to the Fantic, including a custom leather seat, Trip Machine handlebar grips, an LED headlight with a guard, a billet CNC tail tidy and heat tape wrapped exhaust, and Twin Arrow Fantic exhaust end cans.

This two-vehicle package is now being offered for sale on Collecting Cars out of Dorset in the United Kingdom. At the time of writing there are still some time left to bid.

The Defender has 69,621 miles on the odometer and the Fantic has just 779. Both are fully road registered in the UK.

If you’d like to read more or place a bid you can click here to visit the listing. 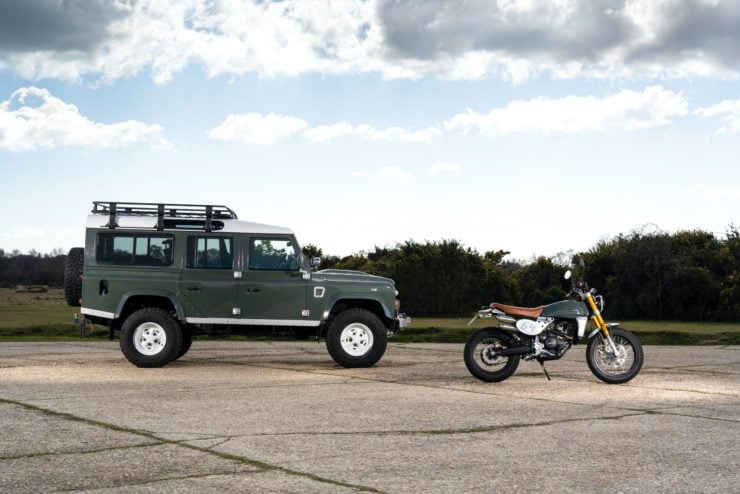 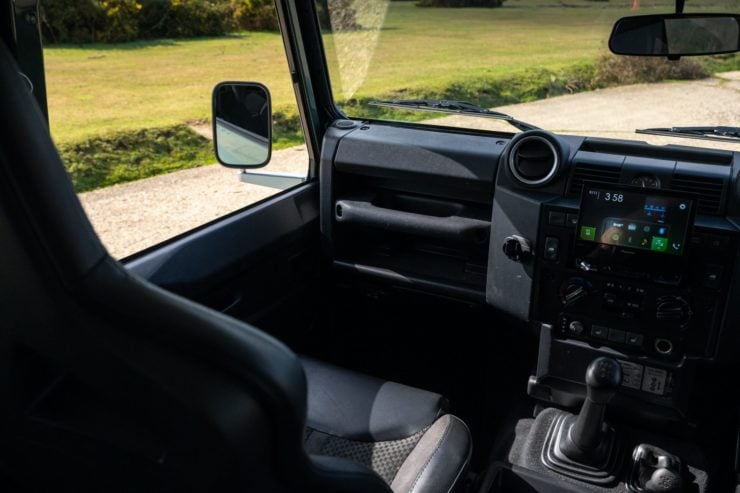 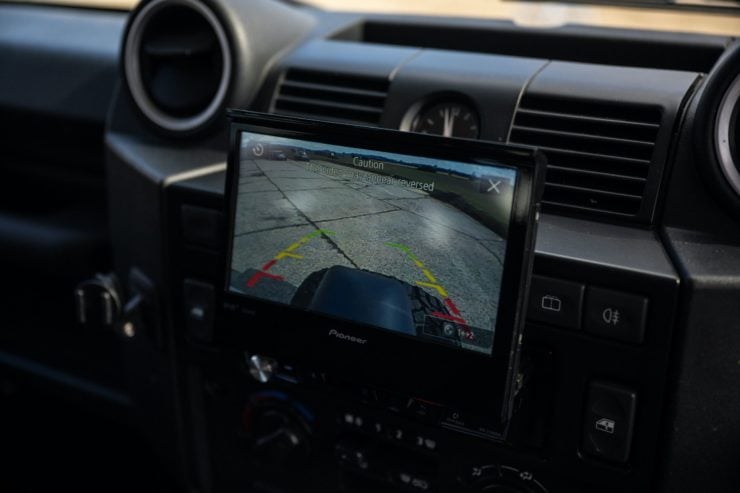 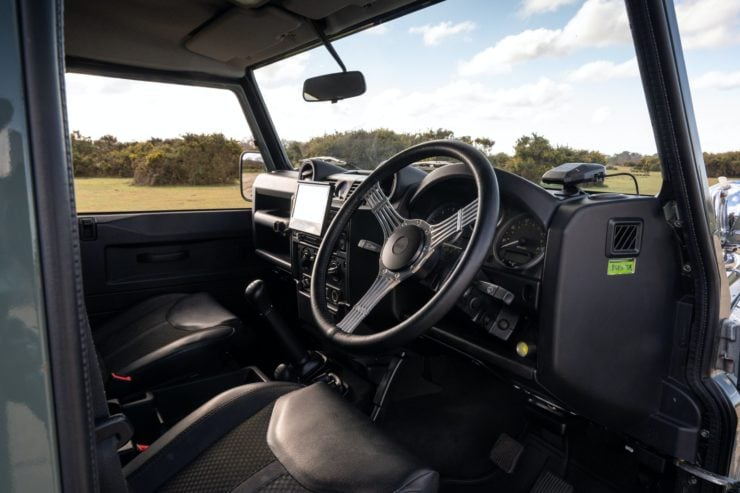 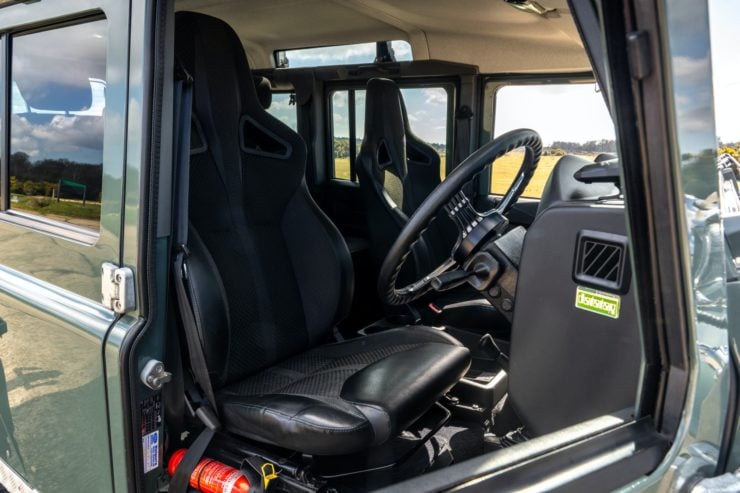 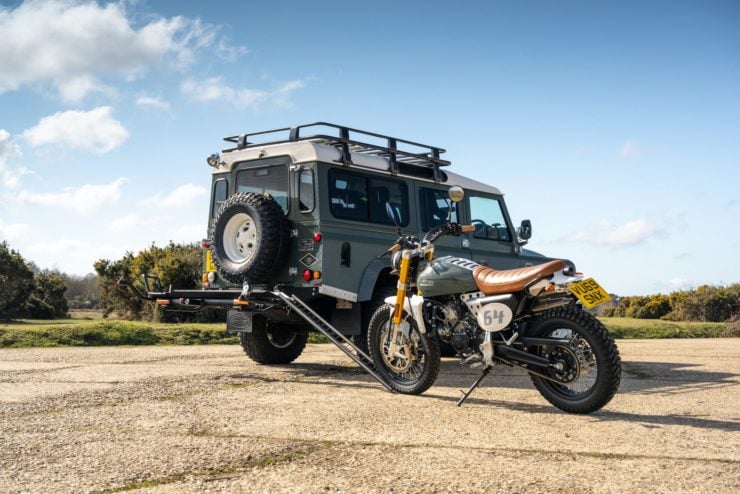 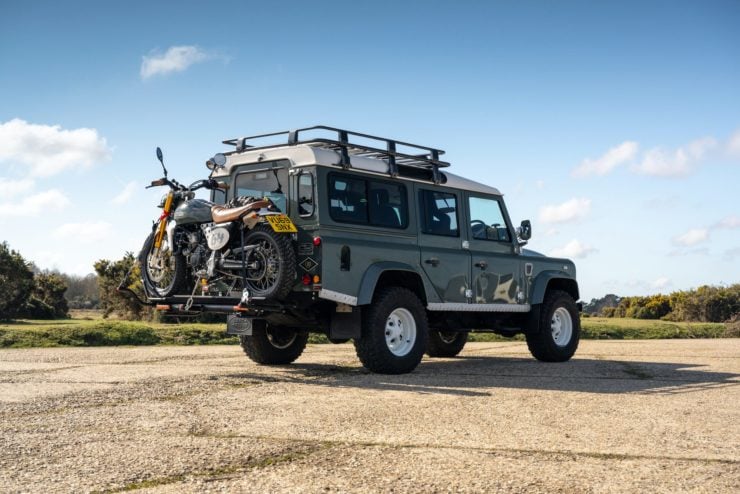 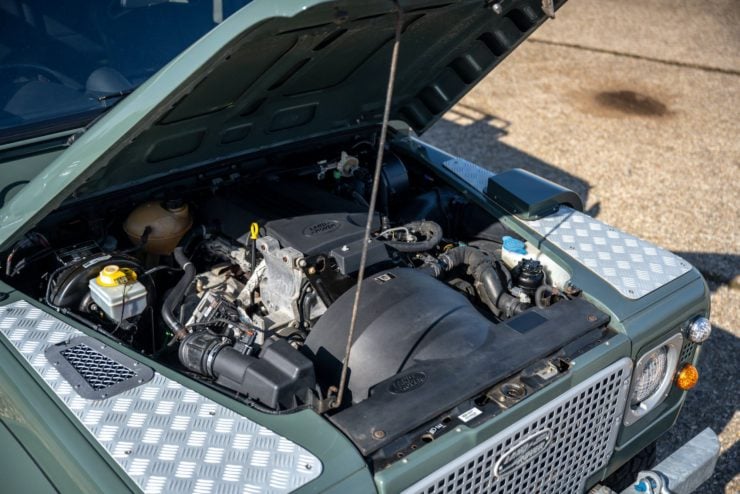 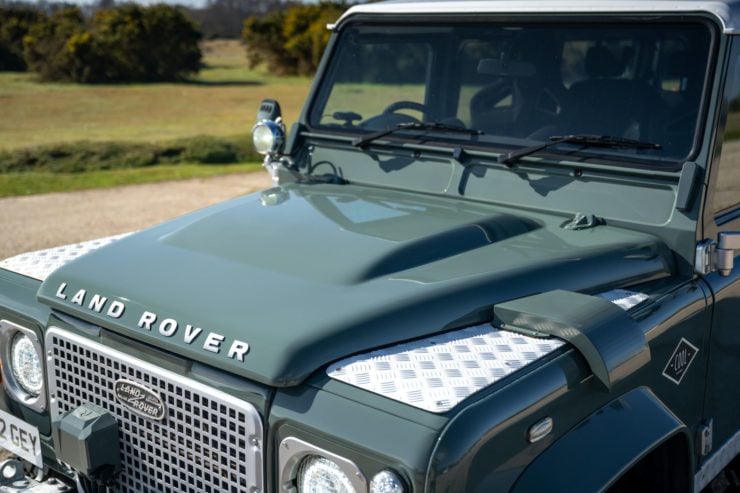 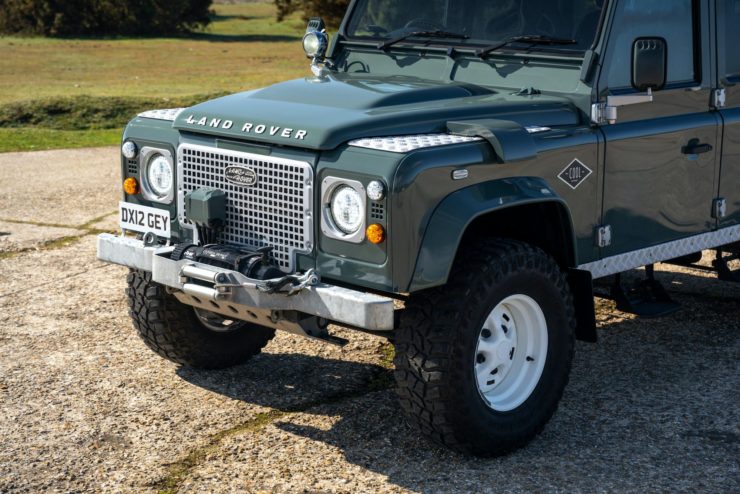 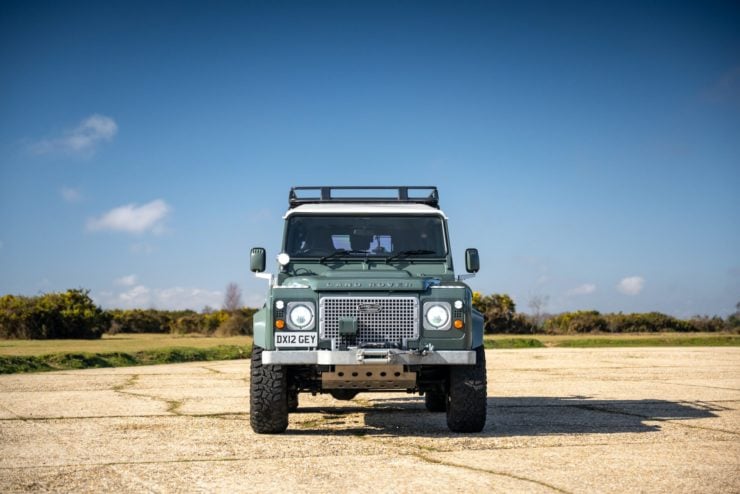 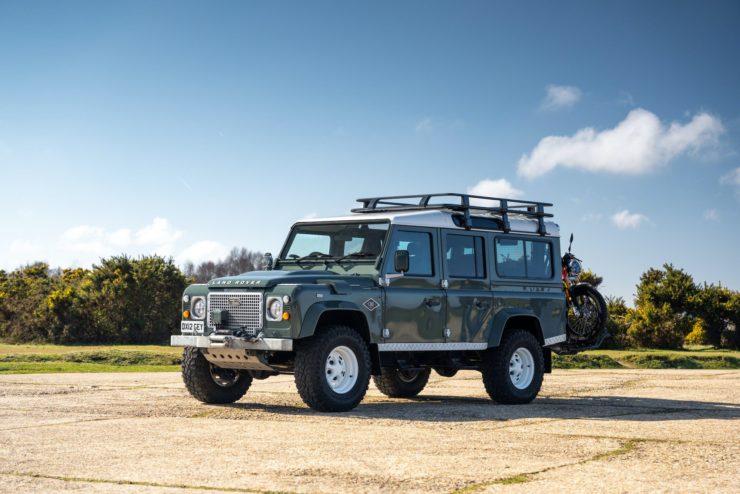 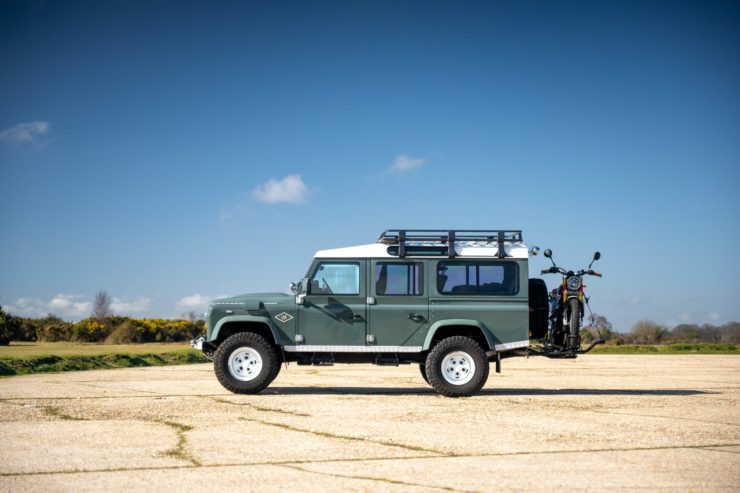 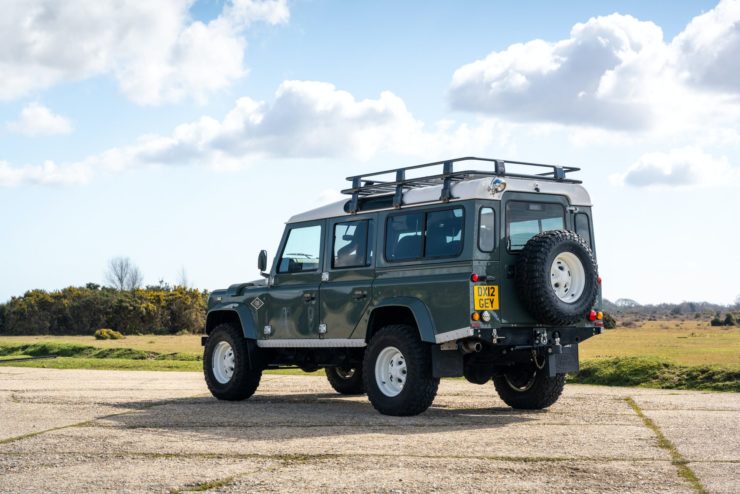 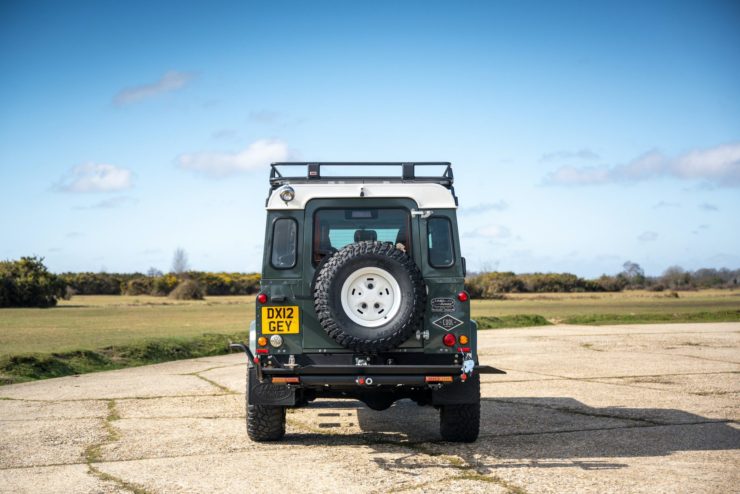 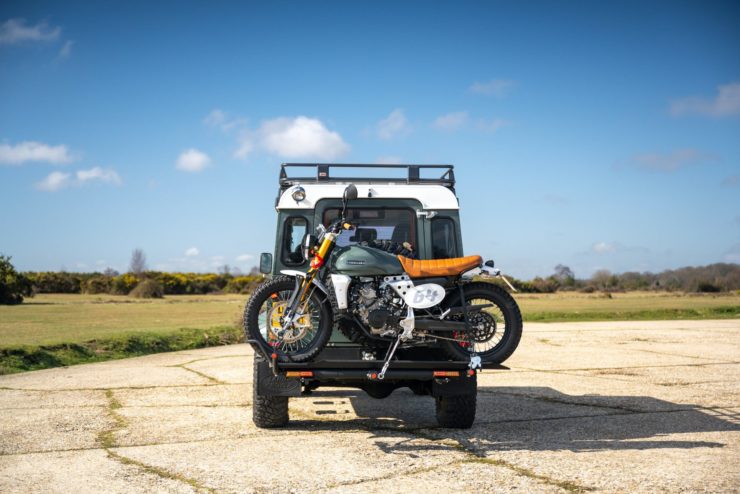 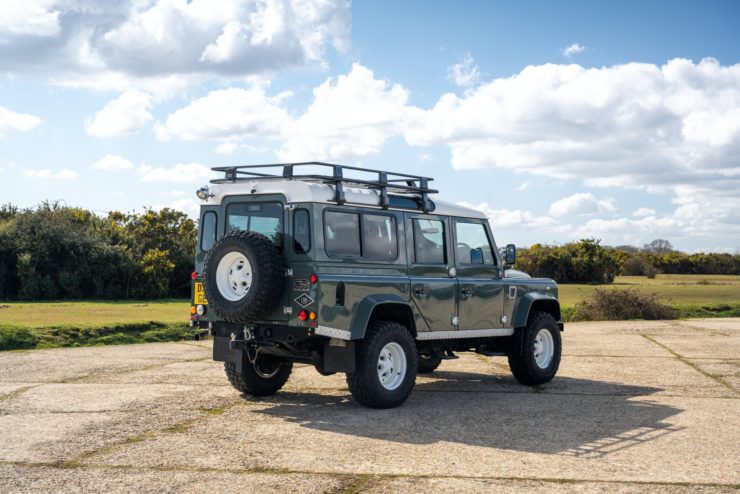 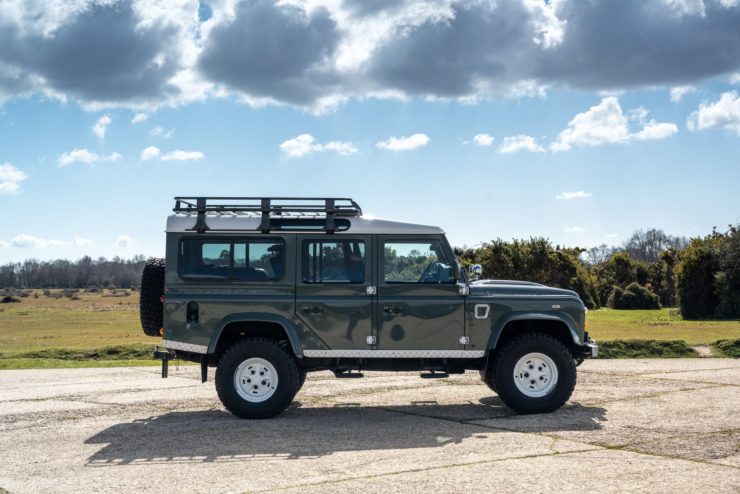 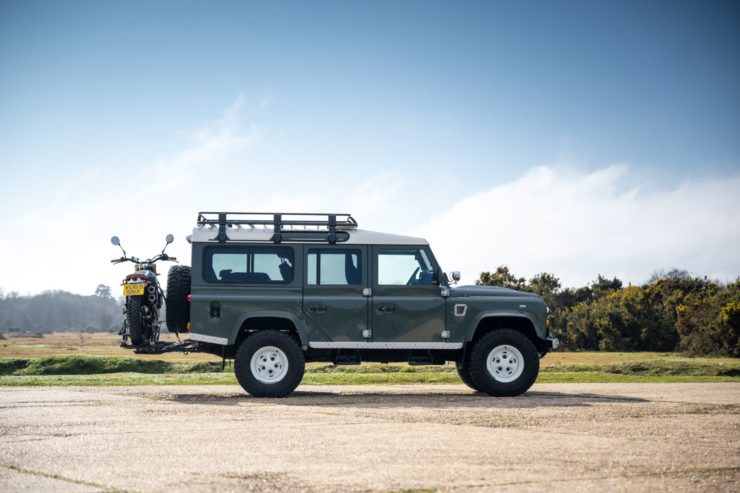 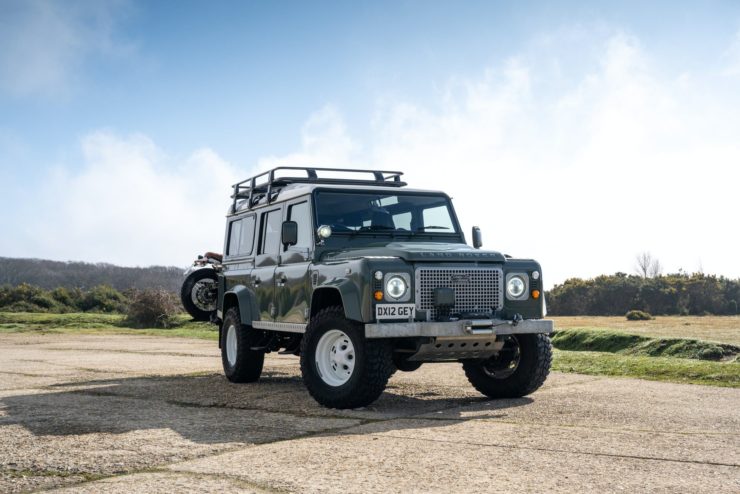 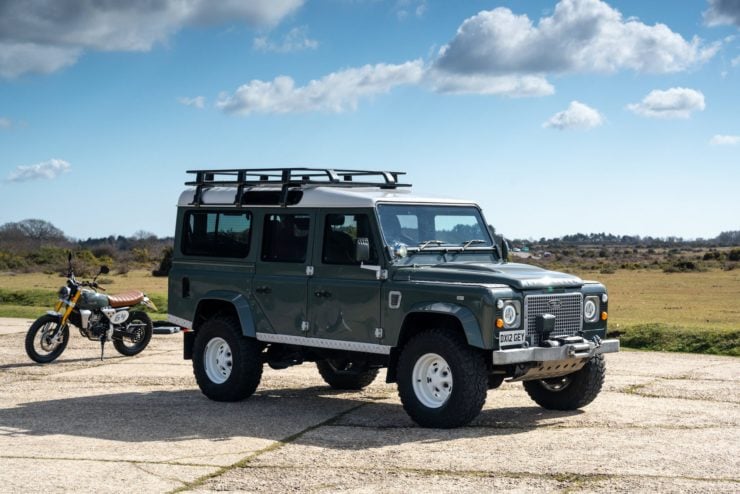