Bizarre incidents happen every other day on the roads but seldom do they get captured on camera. This incident from Kerala shows a lorry on fire and an alert pedestrian doing a great job in averting a major incident. Here is what happened.

The incident happened when the truck was coming from Waynad with hay and entered the Kodancherry town in Kozhikode. After the driver noticed that the hay has caught fire, he stopped on the side of the road to inspect what is happened. He even tried dousing the fire but could not succeed. A local youngster saw the fire erupting from the hay and jumped on the driver seat. He drove the vehicle away from the street.

The youngster took the truck to a nearby school field that was empty. He then drove the truck around in a zigzag manner as you can see on the video. His intention was to shake off the hay on fire and save the truck from getting burnt down. Locals who the incident ran to the spot with buckets of water.

The locals had already put off the fire by the time firefighters reached the spot. 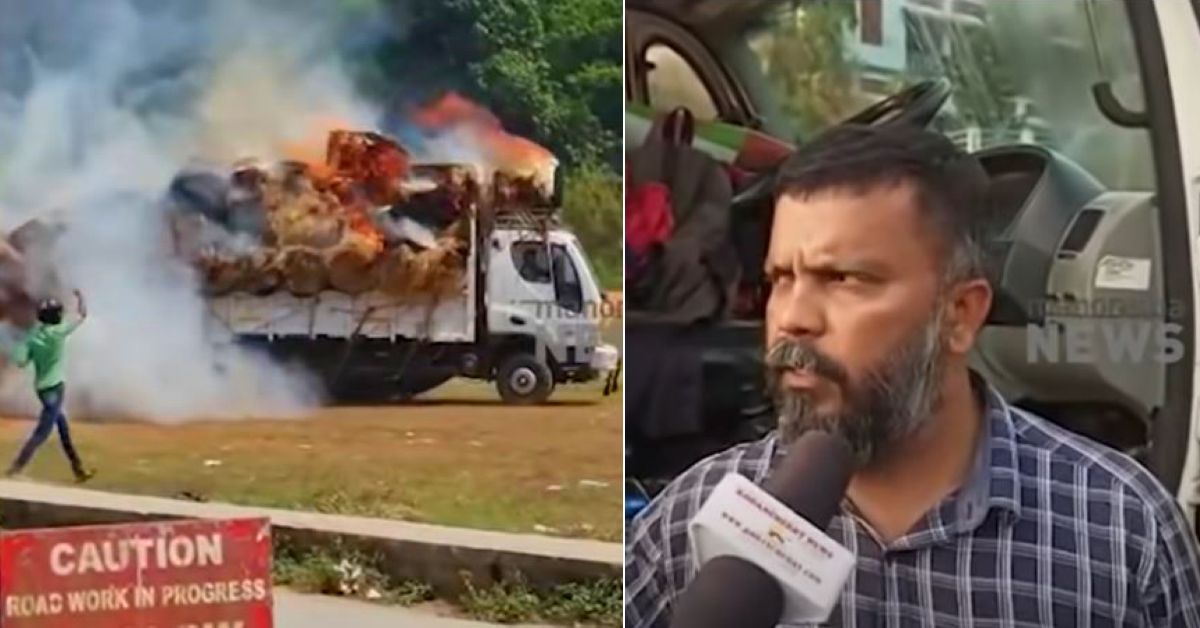 While there is no clear indication of how the hay caught fire. After the team of firefighters arrived on the spot, they indicate low hanging wire can cause such fire. The hay could have touched a high voltage wire that caused the fire. The truck driver did not notice initially, which caused the fire to spread. Hay catches fire very quickly.

In India carrying dangerous and flammable cargo does not require any safety assessment that causes such accidents. It could have become a major accident and damaged the truck. Or worst, it could have damaged other vehicles around as well.

A similar incident last year caused the driver to drive the vehicle into a pond. Truckers face various challenges on the roads and are involved in many accidents as well. Without a proper safety mechanism in place, there is no way such accidents can be reduced in the future.

The highest number of accidents in India

The Indian roads see one of the highest numbers of accidents and deaths every year. While the roads are becoming better and faster, the majority of the population does not follow the proper rules when on the roads. Most people do not follow lane discipline and the speed limits on the roads cause numerous accidents.