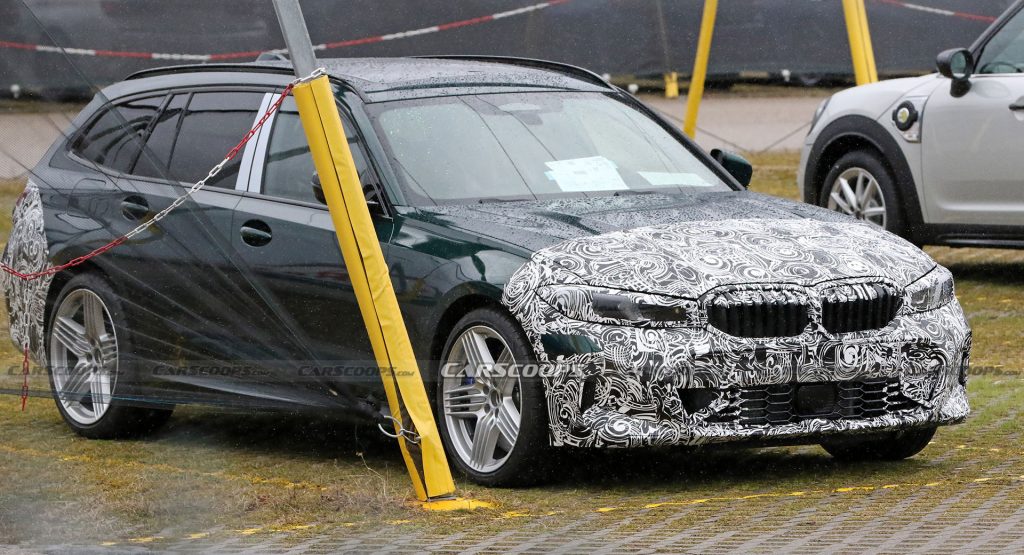 The BMW M3 Touring is shaping up to be one of the automaker’s most eagerly anticipated performance models for quite some time but it will no doubt continue to cause controversy with its large kidney grilles. Fortunately, Alpina is already working on an updated performance version of the 3-Series Touring and it won’t look quite as brash.

Spied here for the first time in facelift guise, the Alpina B3 Touring is expected to feature the same powertrain as the facelifted B3 sedan that’s been in development for quite some time. The outgoing B3 uses a 3.0-liter twin-turbocharged straight-six with 462 hp and 516 lb-ft (700 Nm) of torque. Those figures are impressive, although the car does have 41 hp less than the current M3 Competition but a 37 lb-ft torque advantage. We wouldn’t be shocked if Alpina increased horsepower closer to the 500 mark.

Read More: Alpina Kicks Off Nurburgring Testing With Its Facelifted B3

For the most part, the exterior design of the B3 Touring will be relatively unassuming, although the automaker has gone to the trouble of covering the front and rear fascias of this dark green prototype with black and white camouflage. Like all other Alpina models, the front and rear bumpers of the B3 Touring will be different than regular 3-Series models but not quite as aggressive or as overt as those from BMW’s M division. 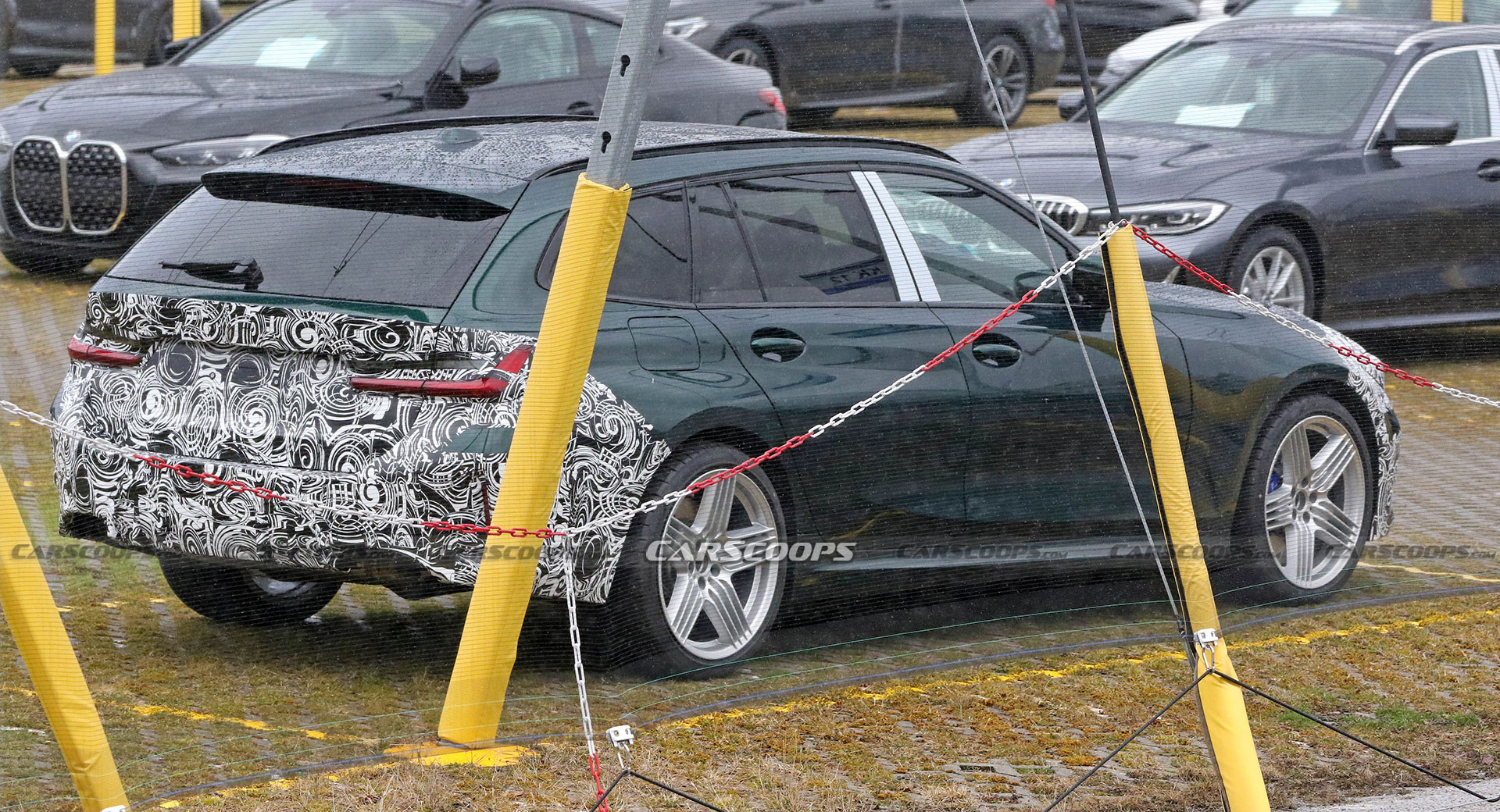 One aspect of this prototype that really catches the eye is the tightly-spoked wheels that will help to further differentiate the model from a regular BMW. While not visible on this prototype, the finished car will have quad tailpipes just like the B3 sedan.

Given that the new Alpina B3 models will be based around the facelifted 3-Series, they should benefit from a number of interior upgrades. This will likely include the curved display of the all-electric i4 that houses the infotainment screen and the digital gauge cluster.