The Superbowl is Americas biggest annual sporting event and huge brands pay a fortune to just have a few seconds of their commercial in the ad breaks of this historic occasion. So to maximize the impact of their product and marque, these brands go all out with the cast and production of these ads and this year one of the biggest names in the automotive industry – BMW in collaboration with the two of the most iconic celebrities – Arnold Schwarzenegger and Salma Hayek Pinault will be featuring their 60-second advertisement for the German automakers newest electric vehicle iX in the Superbowl 2022. 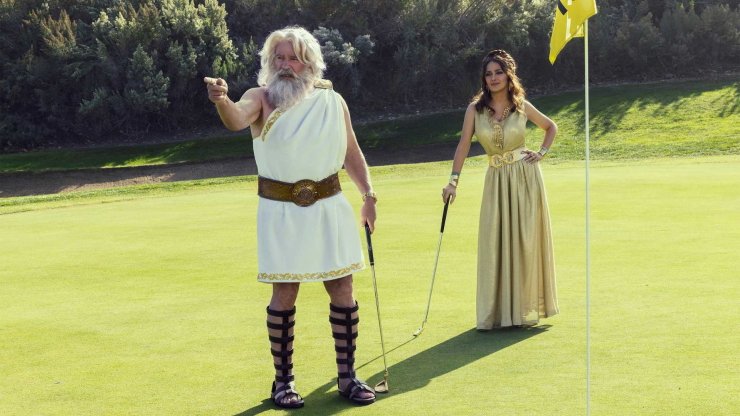 The funny Greek mythology-inspired BMW Super Bowl commercial features the legendary actor, bodybuilder and former Governor of California Arnold Schwarzenegger as the Greek god Zeus, who is regarded as the god of the sky and king of ancient Greek gods along with iconic Mexican-American actress and producer Salma Hayek Pinault who plays the role of Hera, which is the goddess of women, marriage, family and childbirth in Greece.

In the commercial, the storyline begins with the announcement of the retirement of the gods Zeus and Hera, which then transitions from the couple living in Mount Olympus the home of gods in Greek mythology – to Palm Springs, California. After which it appears that Hera feels no strange in the mortal world and adjusts to it just fine but the god of Sky finds it to be a little problematic to make the switch to the ephemeral Earth.

The white-bearded god is shown struggling with innocent neighbours that bother him for charging things like chainsaws and golf carts in addition to him getting annoyed with the controls of devices like microwaves and power of his home. Following this Hera brings the BMWs newest electric SUV iX as a surprise to Zeus which then helps him to recharge. Later the couple is seen driving off into the sunset singing the 1980s hit “Electric Avenue” by Eddy Grant.

The advertisement will be aired during the third commercial break of the first quarter of the game Sunday, but BMW released it online and post which, Arnold commented “The humor lies in this legendary god of lightning, who is supposed to be indestructible, battling with everyday electronics,” He added, “It is only when his brilliant wife presents him with the gift of an all-electric BMW iX that Zeus is struck with the mighty power of electricity and is completely rejuvenated.”

While Salma Hayek Pinault said, “This is my first Super Bowl commercial—and the first time I’ve played a Greek goddess. Seventy-five percent of the decisions made in a marriage about where to spend the money are made by women, and in this commercial, it is the woman who decides on the right car to get her husband back on track. Of course, the commercial is entertaining, but there is also a real human truth to it.” 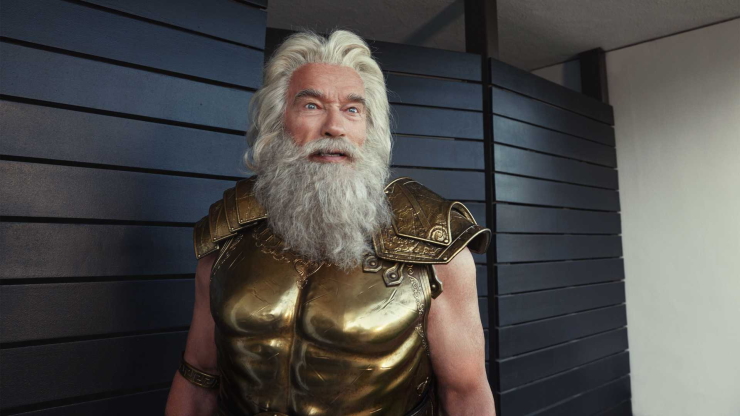 Recently BMW also launched the iX featured in the commercial in India at a whopping price of Rs 1.16 crore (ex-showroom). The newest all-electric SUV from the German carmaker features a dual electric motor set-up with one motor on each axle producing 326hp of power and 630Nm of peak torque in addition to a 76.6kWh battery pack. The SUV also claims to have a driving range of up to 425km on a single full charge. 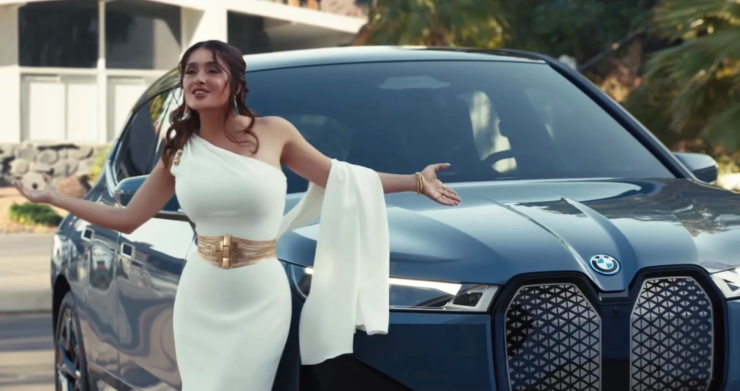