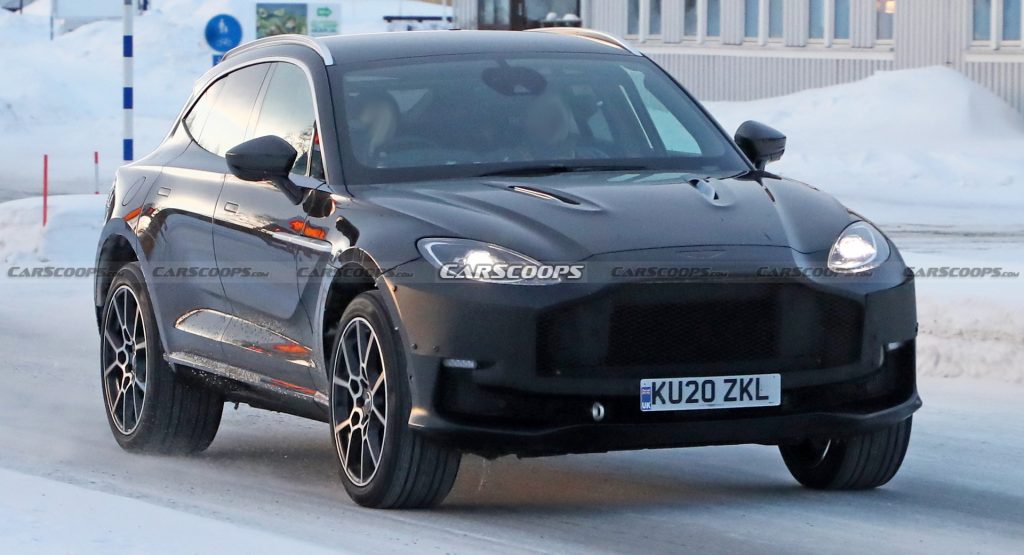 Aston Martin teased a new high-performance version of the DBX, calling it “The world’s most powerful luxury SUV”. We’ve been seeing prototypes of this vehicle for quite some time now, and coincidentally, just hours after the announcement confirming its existence, our spy photographers were able to capture the super SUV almost completely undisguised.

Key design features differentiating this DBX “S” from the normal DBX include a larger grille, new front fascia, and quad tailpipes (although this prototype in particular sports the regular dual exhaust outlets). 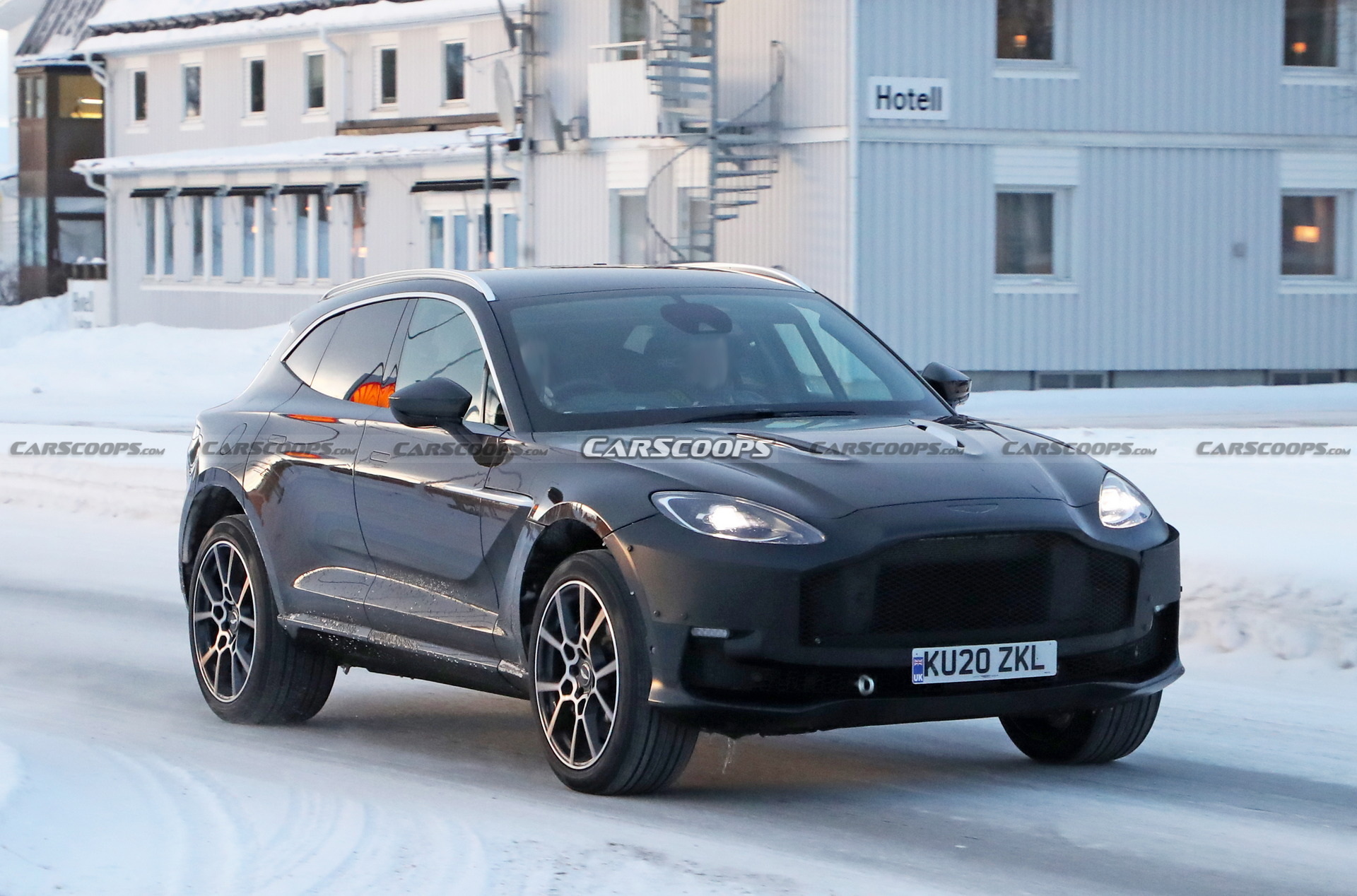 Design aside, the most important upgrade over the base DBX will be the engine. Initial rumors predicted either a higher-output version of the current AMG-sourced 4.0L biturbo V8 or their own 5.2L V12 from the DBS Superleggera. However, based on the exhaust clip in the teaser video, it sounds like it will be using the V8.

But seeing as Aston Martin is touting this as “The world’s most powerful luxury SUV”, depending on what they define as luxury SUV, it makes us wonder exactly which SUV they’re benchmarking against, as it’s not such a cut-and-dry comparison. It could be the Porsche Cayenne Turbo S E-Hybrid’s 670 hp (679 PS / 500 kW) or even the upcoming BMW XM‘s 750 hp (760 PS / 559 kW), however, those are both hybrids, so maybe Aston is benchmarking against vehicles powered exclusively by gas. 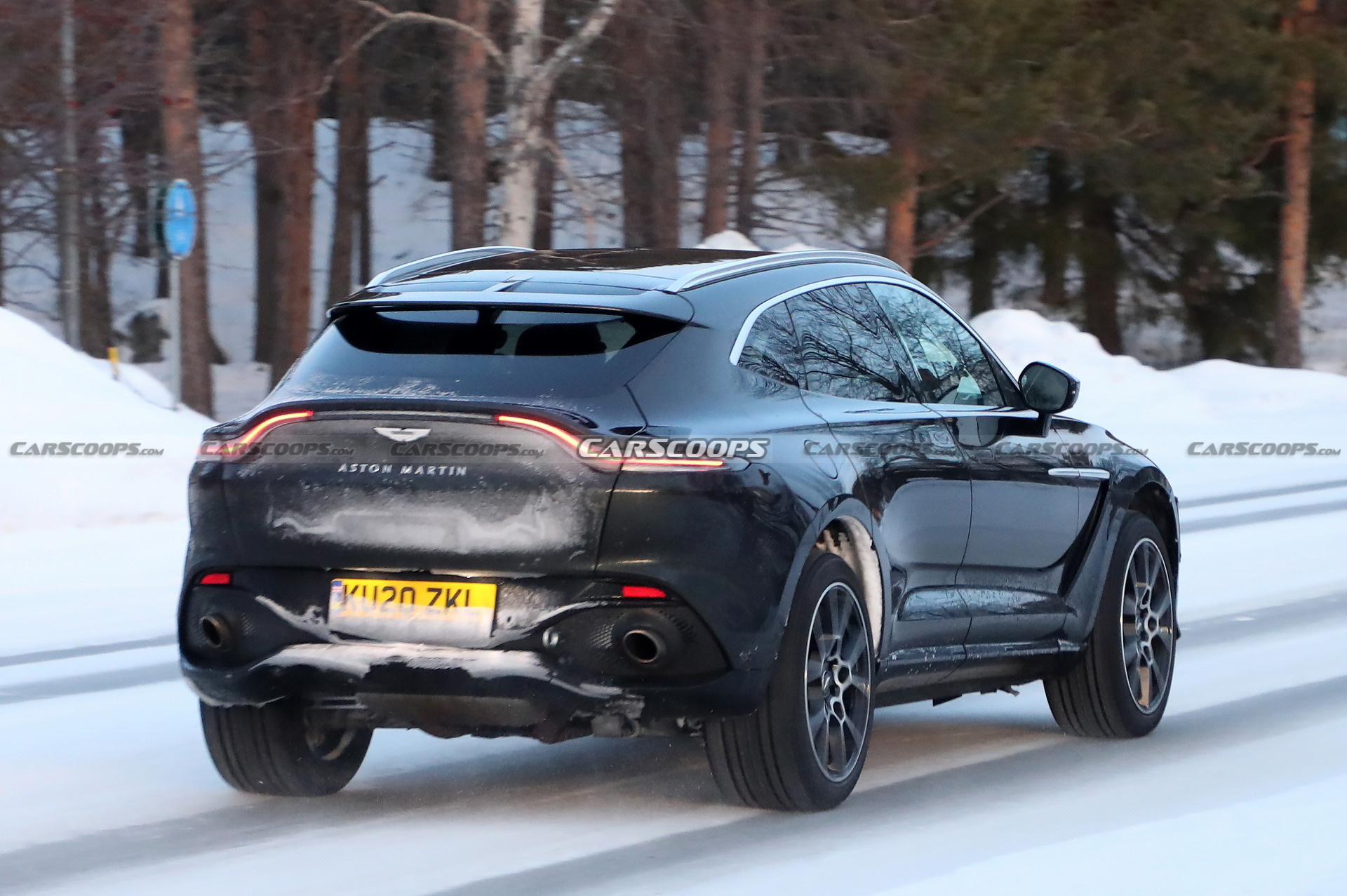 In that case, the Lamborghini Urus would be the next most powerful at 641 hp (650 PS / 478 kW), although that begs the question of if it’s truly luxurious or just expensive and fast. A similar situation exists for the 631 hp (640 PS / 471 kW) Porsche Cayenne Turbo GT, although it does lean a bit more towards luxury than the Urus. If we exclude those two, the most powerful gas-only SUV on sale today that’s indisputably luxurious is the Bentley Bentayga Speed, which makes 626 hp (635 PS / 467 kW) from its twin-turbocharged W12 engine. If that’s the true benchmark, we will hopefully see at least that much power if not more from the DBX S.

Regardless of the outcome, we’ll find out everything about this SUV—design, powertrain, and all—when it eventually makes its official debut on February 1.