Worldwide sales drop by 0.7% due to supply problems but electric models achieve 57.5% growth

Audi sales dropped by 0.7% last year as the firm was hindered by semiconductor supply issues, but sales were bolstered by the success of its EVs.

The German manufacturer achieved record-breaking deliveries in the first half of 2021 before suffering a significant 34.2% drop-off, selling a total of 1,680,512 cars by the end of the year.

Audi confirmed that the chip crisis hampered local production in China, while the impacts caused by the reduction in VAT in Europe was “noticeable”.

It also claimed to have its “highest order backlog ever”, with a “high volume of incoming orders”.

It didn’t say which models had the biggest backlog worldwide but told Autocar that the Q4 E-Tron and A3 were “by far and away the most in demand” models in the UK. 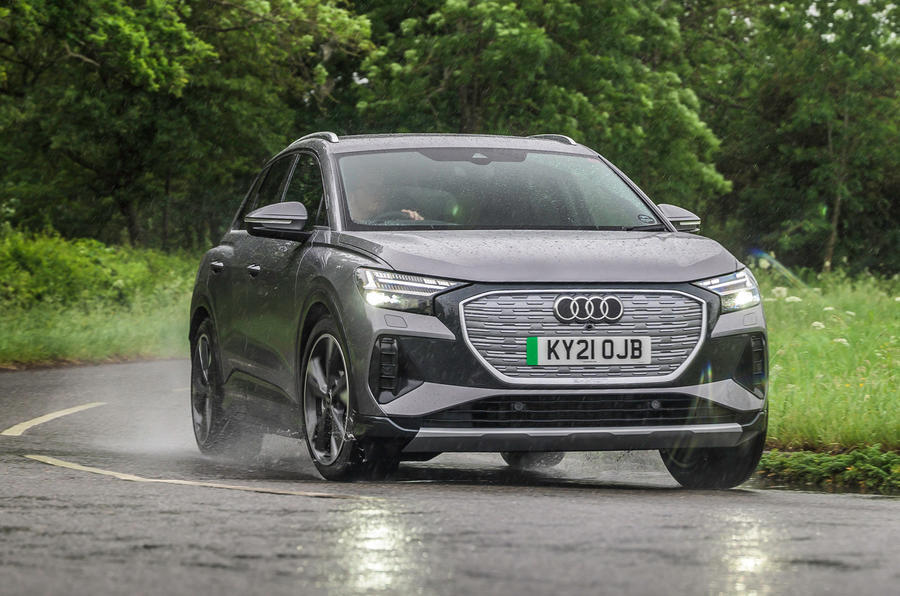 “The year 2021 was challenging, but with our worldwide team’s engaged effort, we very successfully overcame them,” said Hildegard Wortmann, Audi’s board member for sales. “We’re looking to the future with confidence.

“High demand for electric vehicles from Audi confirms our early decision in favor of zero-emissions drive systems. We’re taking this momentum with us into 2022 and systematically pressing ahead with our transformation. The large number of incoming orders also shows that we have the right portfolio.”

Despite the drop in worldwide sales, Audi’s EV range showed continued success. Around 4.8% of its total sales were electric, as it sold 81,894 EVs last year.

That figure represents 57.5% growth, with the Q4 E-tron and Q4 E-tron Sportback leading the way in terms of EV sales.

The A3 was Audi’s best-seller in the UK last year, shifting 22,746 units. Autocar has requested worldwide best-seller figures from Audi.

Wortmann believes the chip crisis is likely to continue into the coming months.

“Although the semiconductor supply will continue to be strained in the coming months, the strong growth in electric model deliveries gives us a tailwind to stick unflinchingly to our roadmap,” she said.