One of the reasons for buying a car over a motorcycle is that you can ride it in multiple seasons. However, not everyone can afford a four-wheeler in our country. We have seen people using a canopy on the motorcycles to protect them from rain or sunlight. Well, here is a product called Sepal Shield which has been designed so that a person can ride his/her motorcycle every day despite the climatic conditions.

The video is uploaded on YouTube by Pradeep On Wheels. In the video, the host reviews the Sepal Shield. As per the claims of the manufacturer, the Sepal Shield is supposed to keep the driver dry in the rain and cool during summer time. 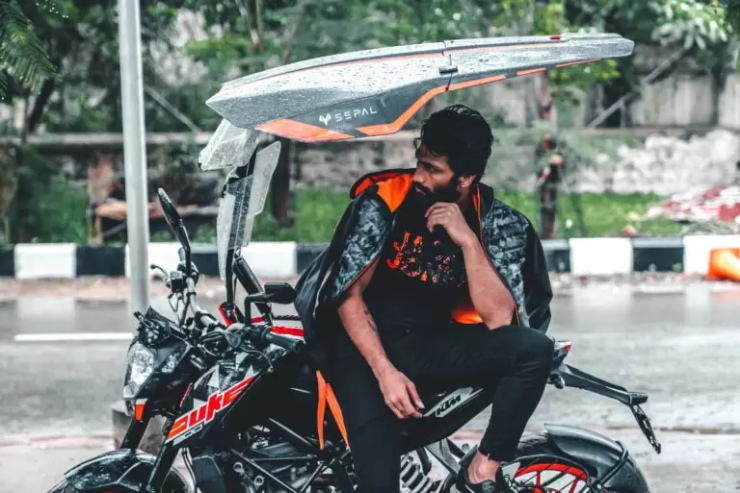 The host has fitted the shield on his Dominar 400. Up-front we can see that there is a shield that integrates with a canopy. This is supposed to protect the rider from rain and direct sunlight. The shield is finished in black and red which suits the motorcycle and knuckle guards are placed on the handlebar.

You can also open the upper half of the front glass. This will let in airflow. There are also two bolt-on locks present to close the windshield. The host says that the shield stays stable even while doing high speeds. He personally tested it at 140 kmph. What is impressive is that there is no wind buffeting at such speeds. Apparently, the shield is also quite easy to install. 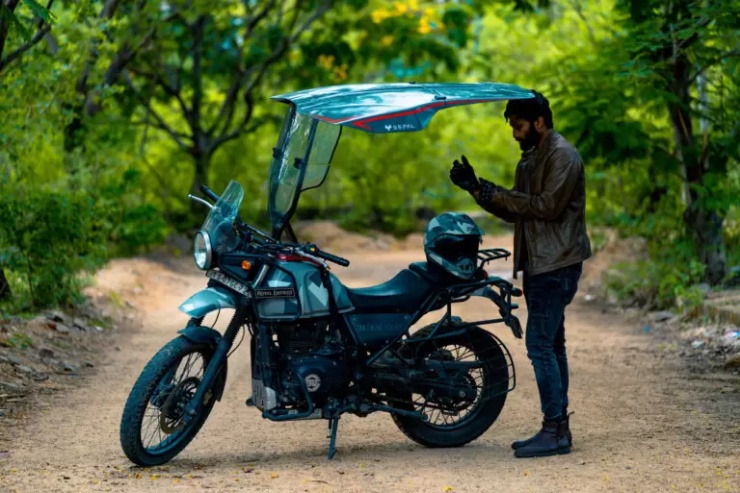 The Shield comes in three pieces. The first piece sits on the fuel tank of the motorcycle. There are three straps that can be used to tighten the piece onto the fuel tank. Then there is the windshield that comes with a stand that fits with the piece on the fuel tank. However, it does not intervene while refuelling. The stand itself doubles up as a mobile holder. This has been done because once you install the shield you will not be able to use the mobile holder that is mounted on the handlebar. 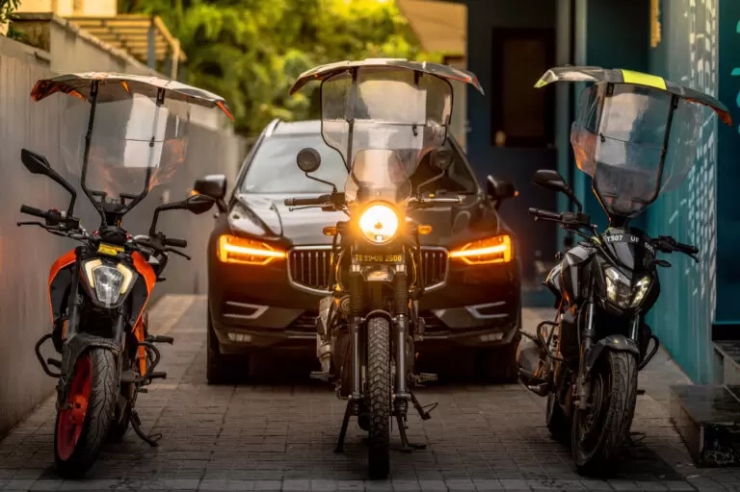 Then there is the canopy that itself is divided into two parts. So, if you are riding solo then you can remove the rear piece. It is important to note that if you add the rear piece then there is some flex. Moreover, the canopy is not made to take any load. The price of the Sepal Shield is Rs. 7,500. The person has to get used to the different views of the road after installing the shield. The Sepal Shield is compatible with Bajaj Dominar 400, Royal Enfield Classic 350, Royal Enfield Himalayan, Yamaha R15, Yamaha MT-15, KTM Duke and even the Honda CBR 650R. 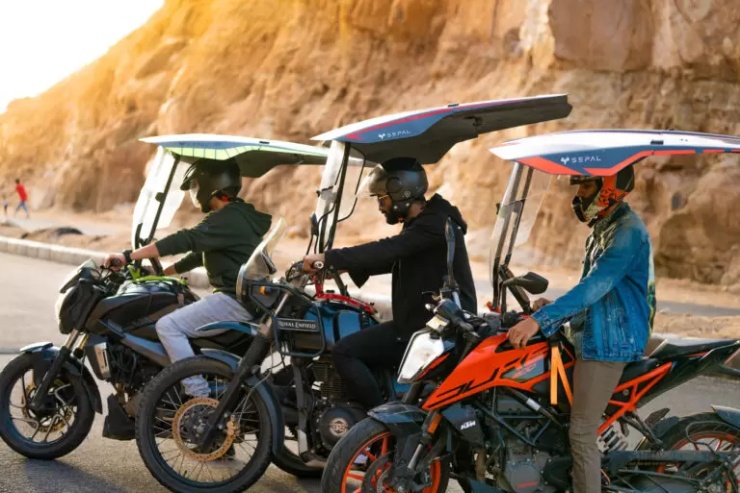 The installation of the Sepal Shield is quite simple as per the host. He said that he installed it in just 5 minutes to 10 minutes. While riding, the shield does not shake which is a good thing. The host also points out some issues. For instance, it is a bit cumbersome to get the key out. To check the maps, the rider needs to look down. Moreover, you do not have a direct view of your instrument cluster.

The post Bajaj Dominar with Sepal Shield: Will keep you cool during summer & dry during monsoon first appeared on Cartoq.Cartoq Read More