This 1982 Ferrari 308 GTSi was uncovered in a French barn along with the many other extraordinary cars in the Baillon Collection. Since then it’s been carefully stored in a sealed air chamber to preserve its condition exactly as it was found.

It’s now being offered for sale with a price guide in the $55,000 USD range and it’ll be up to the new owner whether they give it a full restoration back to original condition, or preserve it as-is.

The Ferrari 308 GTSi first appeared in 1980 alongside the GTBi, the cars being targa topped and tin topped respectively.

As you may have guessed, that little “i” added to the end of the model name denoted fuel injection as part of a program to improve emissions to meet increasingly stringent regulations – particularly in the United States. 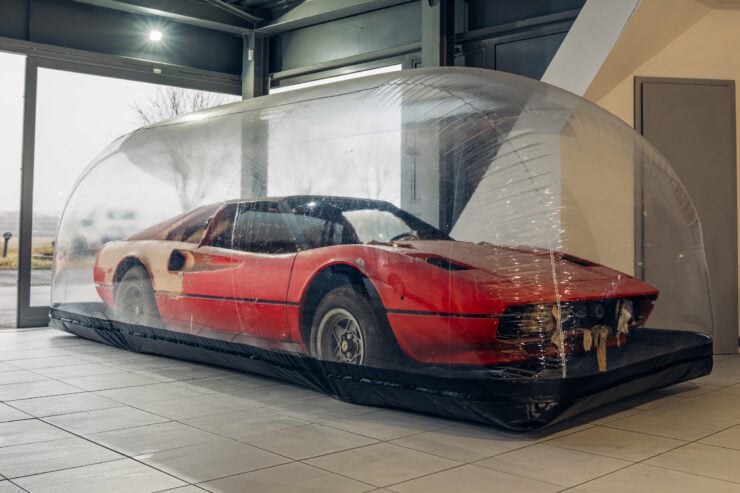 Since being uncovered in the now famous French barn as part of the Baillon Collection in 2014, this car has been preserved carefully. It will be up to the next owner whether to restore it or keep it as it is now.

These cars were fitted with a Bosch K-Jetronic mechanical fuel injection system paired with a Marelli MED 803A Digiplex electronic ignition.

Other than this the engines remained largely the same as their earlier carburetor-fed forebears – a 90º V8 with double overhead cams per bank mounted transversely behind the driver and passenger. As with the earlier cars, power is set to the rear wheels via a 5-speed transaxle with a mechanical limited slip differential.

The Ferrari 308 GTS and GTB were both based on a very similar tubular steel chassis to the earlier 308 GT4, and they ride on independent front and rear suspension with unequal length double wishbones, coil springs, telescopic shock absorbers, and anti-roll bars front and back.

The body of the 308 GTS/GTB was designed by Pininfarina’s Leonardo Fioravanti, the same man who penned the Dino, Daytona, 512 Berlinetta Boxer, 288 GTO, and the Testarossa among many others. 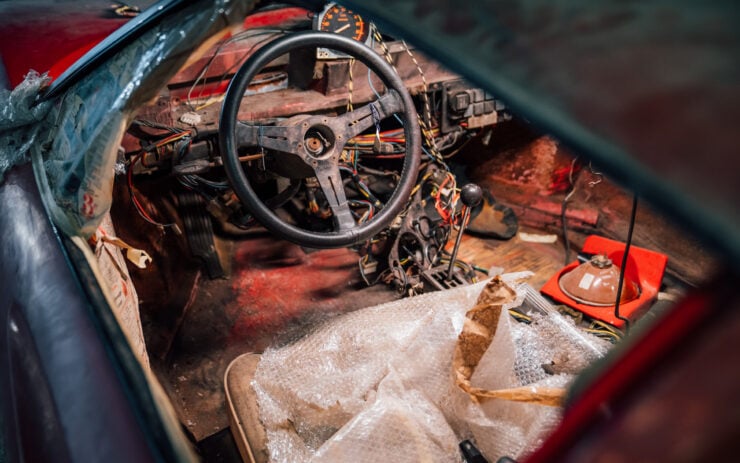 It’s clear that some disassembly work has already been done on the car, but all the major parts to appear to be present.

Ultimately the 308i series wouldn’t be as popular as the earlier 308 GTB/GTS due to the lower power output necessitated by meeting emissions restrictions.

The later 308 GTB/GTS Quattrovalvole rectified this issue with a number of changes to improve power output, most notably by adding an additional two valves per cylinder for a total of four which led to the model name – quattro valvole meaning “four valve” in Italian.

As mentioned above, the 308 GTSi you see here was a member of the world famous Baillon Collection of over 100 cars discovered in France in 2014 – sending shockwaves through the global vintage car community. 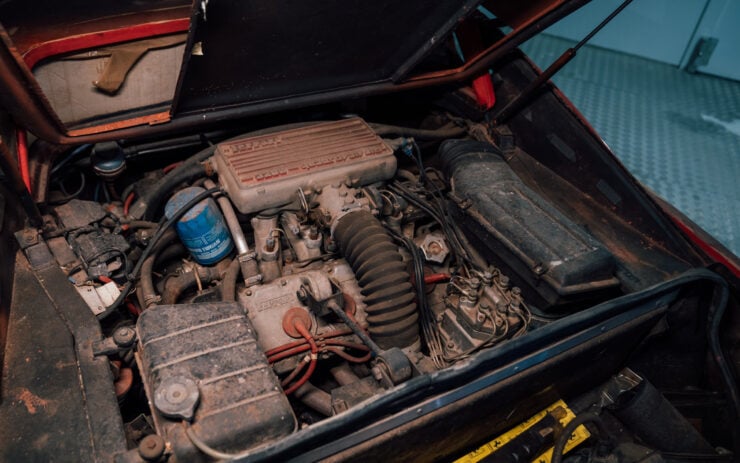 Unusually, this 308 GTSi is now fitted with a more powerful 3.2 liter Quattrovalvole V8 producing 240 hp (in operational condition), up from the 211 hp of the original.

Among the many treasures in the collection was a Bugatti Type 57 Ventoux, a Maserati A6G 2000 by Frua, a Ferrari 250 GT SWB California Spyder, a Talbot Lago T26 Saoutchik cabriolet, and many others.

It is believed that this 308 GTSi has had an engine swap earlier in its life, it’s now fitted with a more powerful (and more desirable) Ferrari 3.2 liter Quattrovalvole V8 which will be capable of 240 hp once restored.

If you’d like to read more about this unusual Ferrari or register to bid you can click here to visit the listing on RM Sotheby’s. It’s due to cross the auction block on the 2nd of February with a price guide of $55,000 – $80,000 USD. 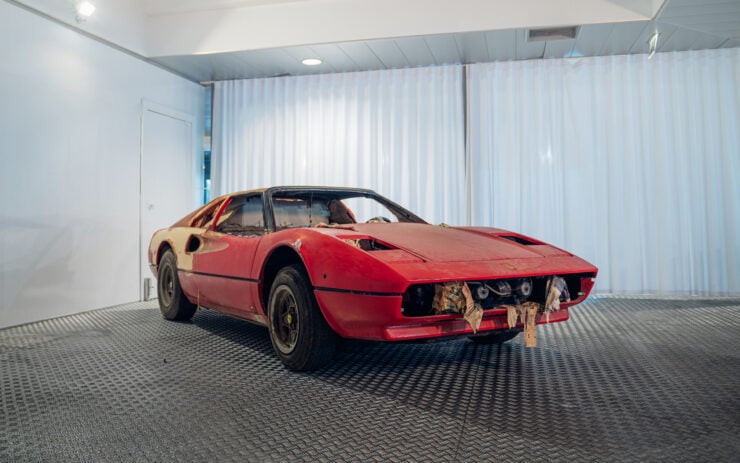 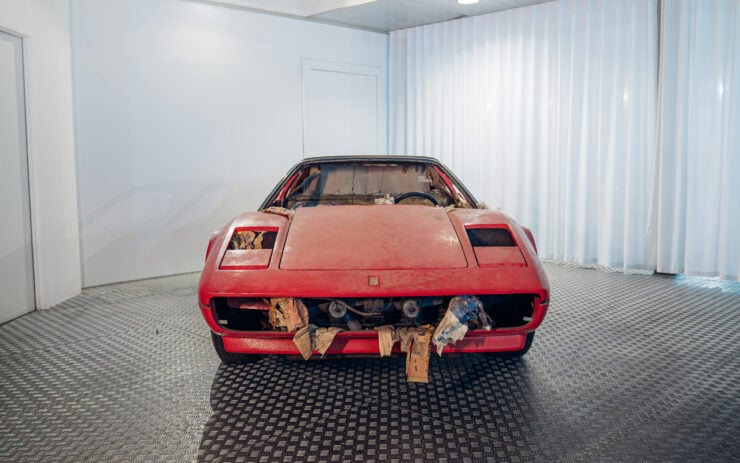 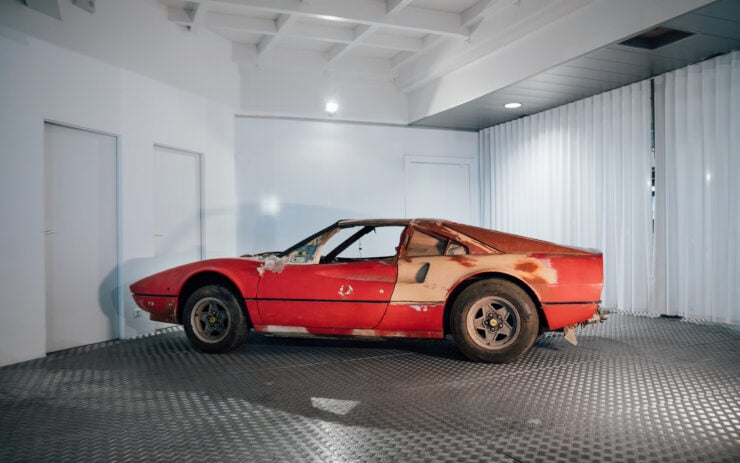 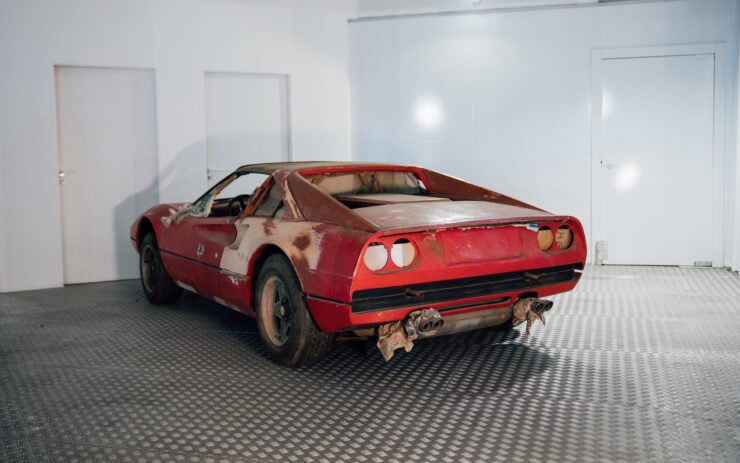 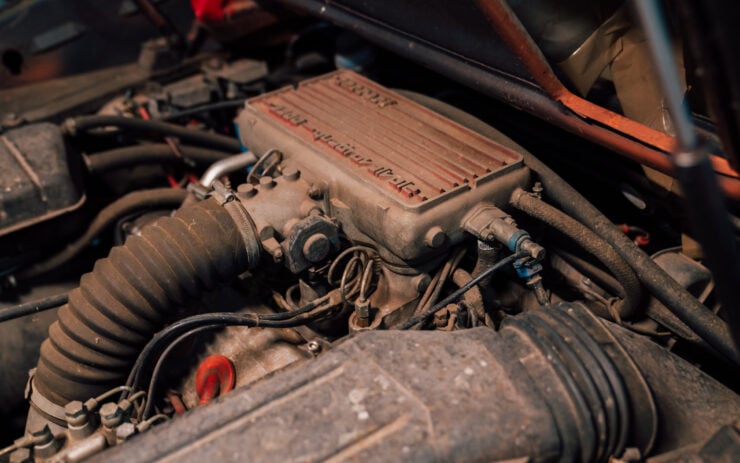 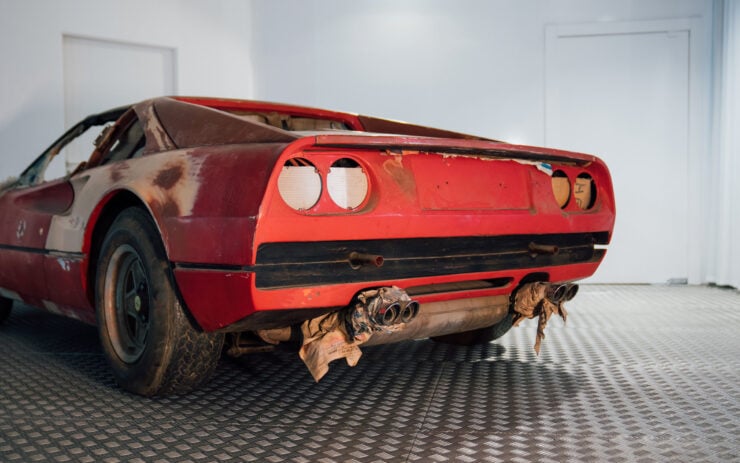 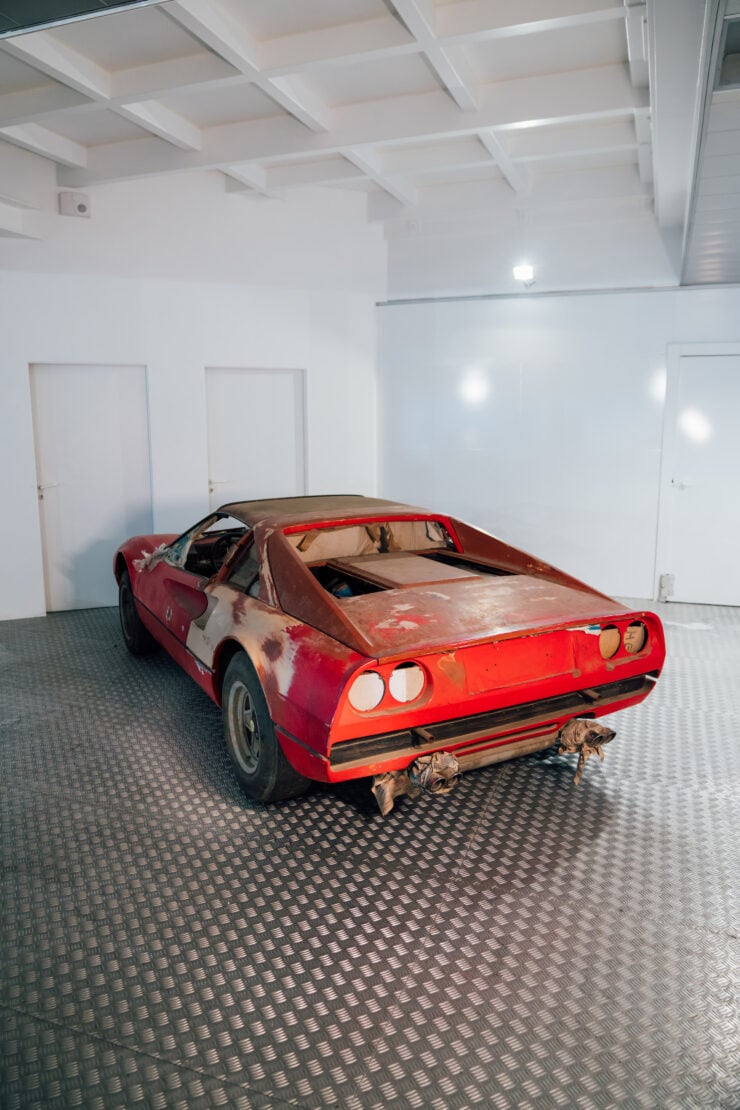 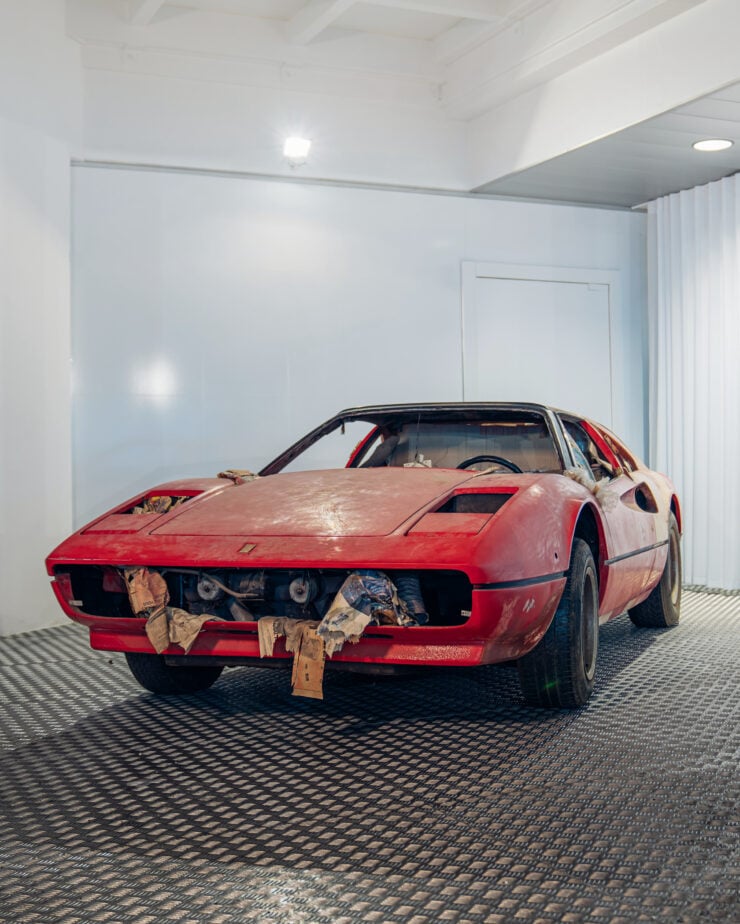 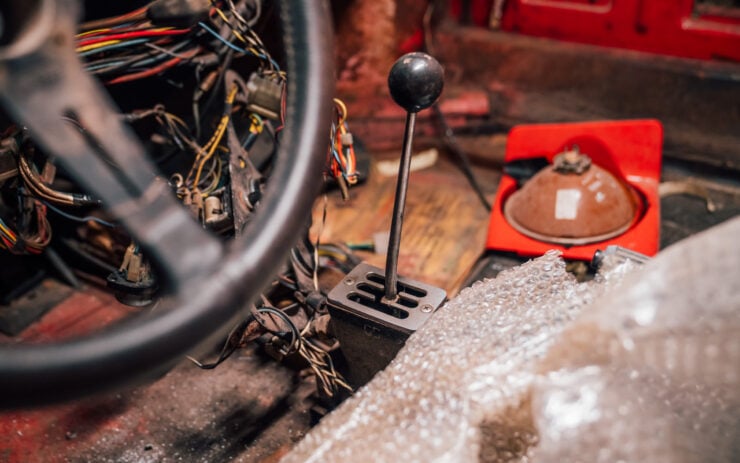