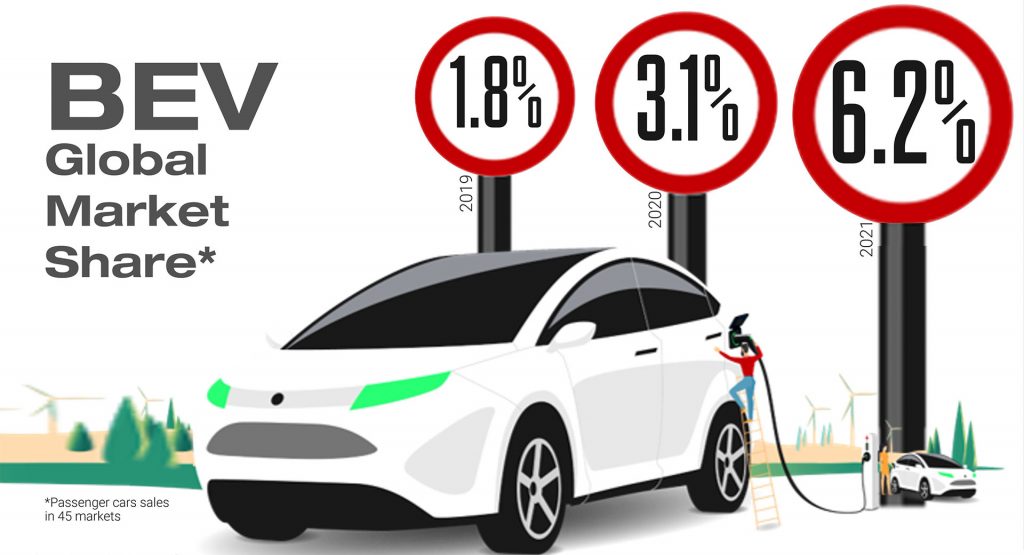 Electric vehicles continue to rise in popularity and proved particularly popular last year, doubling their market share from 3.1 per cent to 6.2 per cent.

Data released by JATO reveals that 4.2 million battery-electric vehicles were sold in 2021 and that China continued to lead the way, accounting for approximately half of all global demand. Significant gains were also made in Europe and North America.

In the Old Continent, the growth of the Volkswagen Group and Stellantis helped to drive electric vehicle sales, as did Tesla. Numerous government incentives have also helped to boost demand for EVs while many consumers are now becoming more familiar with the environmental benefits of EVs and starting to understand that they can be alternatives to more traditional petrol and diesel vehicles.

JATO adds that while North America made some progress in the adoption of electric vehicles, there are factors that have slowed their adoption, such as consumer demand for SUVs and trucks.

The ongoing global shortage of semiconductors also aided the adoption of EVs as many OEMs were forced to prioritize production of their most profitable models, reducing production numbers for some petrol and diesel vehicles.

Unsurprisingly, Tesla continues to lead the way in battery-electric vehicle sales, accounting for 21 per cent of the market. JATO states that the growth of Tesla has opened up the market for other OEMs in Europe and North America to aggressively pursue electrification strategies. Car manufacturers in China can also thank Tesla for helping to increase consumer awareness of BEVs. 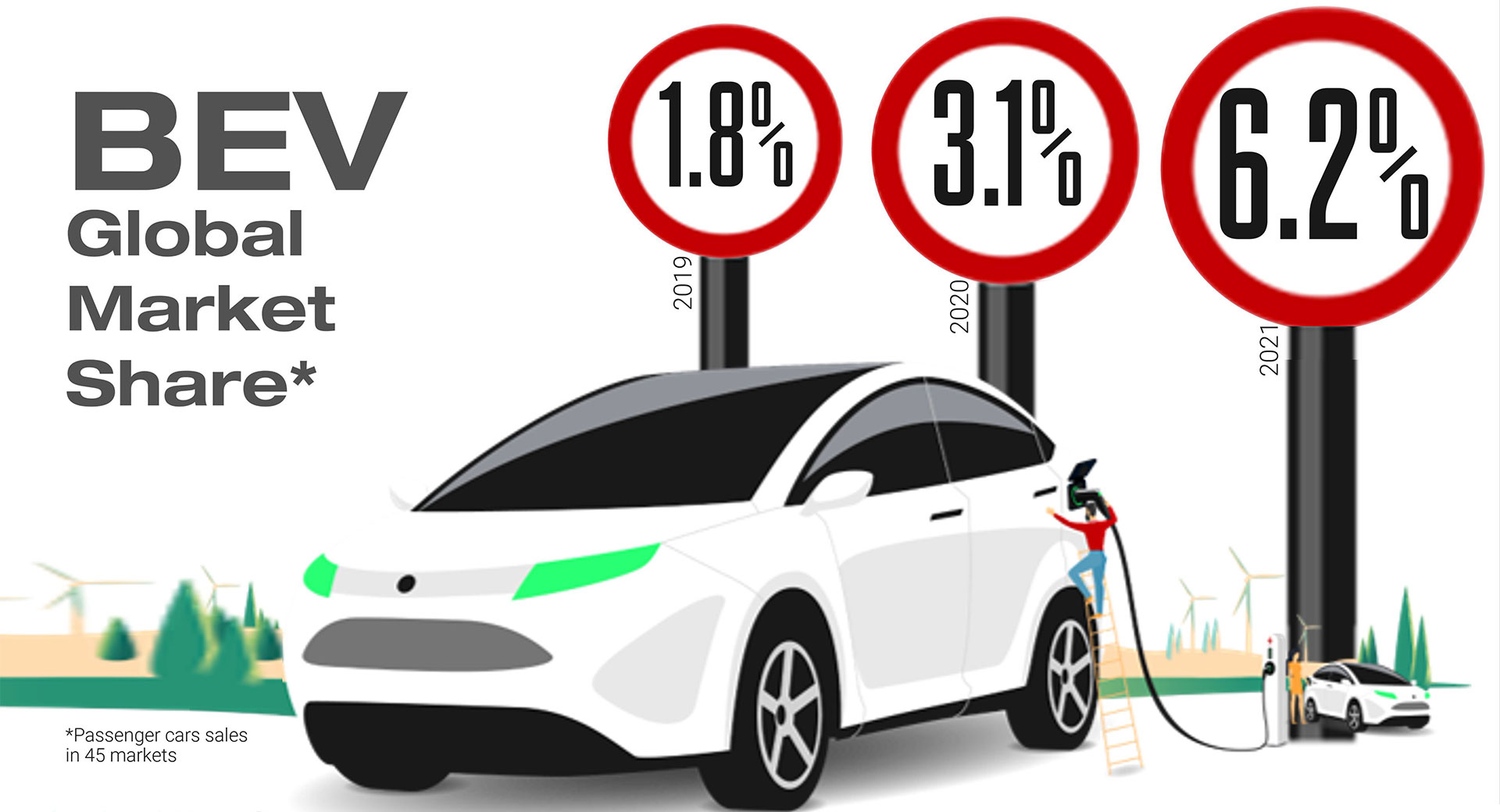