One of the largest retailers of pre-owned luxury and sports cars in the nation, Big Boy Toyz of Gurugram commenced its first-ever online auction of vintage and classic cars in December of 2021. The e-auction of the renowned veteran classic automobiles began on December 19th of 2021 and ended on the 8th of January 2022 after the results were announced. BBT curated a collection of 19 cars from some of the most prestigious brands like Rolls Royce, Cadillac, Buick, Chevrolet, Land Rover, Austin, Mercedes and others. 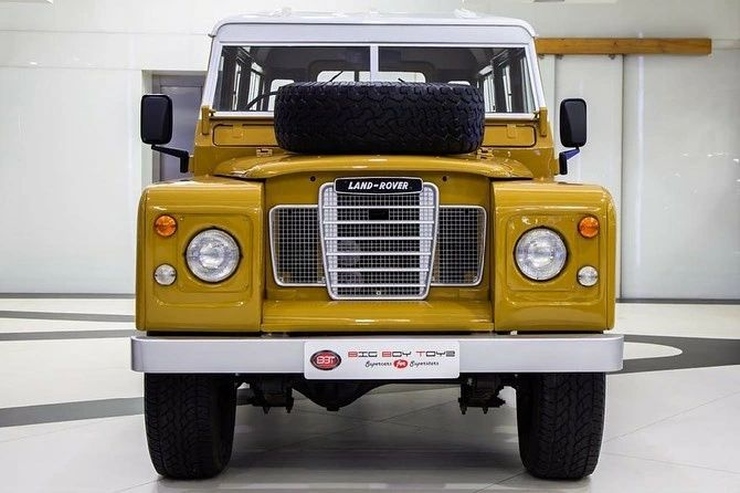 The inaugural online auction of the vintage collection cars saw great participation from automotive enthusiasts across the nation and the list of buyers in the auction also included celebrity names like MS Dhoni. The total of 19 cars that were up for grabs from the house of Big Boy Toyz were displayed at the flagship store of the luxury retailer in Gurugram. The interested buyers had the opportunity to check out these vehicles up close and personal at the showroom as well they had the option to see a 360-degree view of the cars on the BBT website.

From all the cars that were on the lot for auction, one of the biggest highlights was a 1960 Volkswagen Beetle. The tiny vintage German hatchback’s bidding started with a bid of Re 1 and went on to Rs 25 lakh which was paid by the entrepreneur Sahil Arora. While the other big name on the auction list was the legendary ex-Indian cricket team captain and batsman MS Dhoni, who bought himself a Land Rover Series 3.

The auction organised by the Big Boy Toyz had two available plans for the bidders to choose from. The first of which was an Enthusiasts plan with a deposit of Rs 1 lakh that allowed bidders to bid for two cars with a maximum valuation of Rs 50 lakh each, and a Collectors plan with a deposit of Rs 2 lakh for a maximum bid on four cars, but no maximum limit on the price of each car. The deposits were taken by BBT as a measure to filter out the genuine bidders from the fake ones. According to BBT the amount of the deposit would have been deducted from the final price of the winning bidder’s bid and if someone was unable to get the winning bid on a car their deposits would have been refunded.

Jatin Ahuja, Founder and MD, BBT spoke about the event: “Vintage Cars and Classic Cars are a multibillion dollar industry globally. We are the first company to introduce it in an organized and efficient way in India. These auctions are aimed at all the car enthusiasts of the country who love vintage and classic cars. Owning a Vintage Car and Classic car is a unique experience like owning a painting, owning a piece of art. Gradually this business is going to expand in the country and we will do our best to bring the best Vintage and Classic cars for all the car enthusiasts in the country. We want to be a platform where people can always find the vintage and classic cars they desire.”