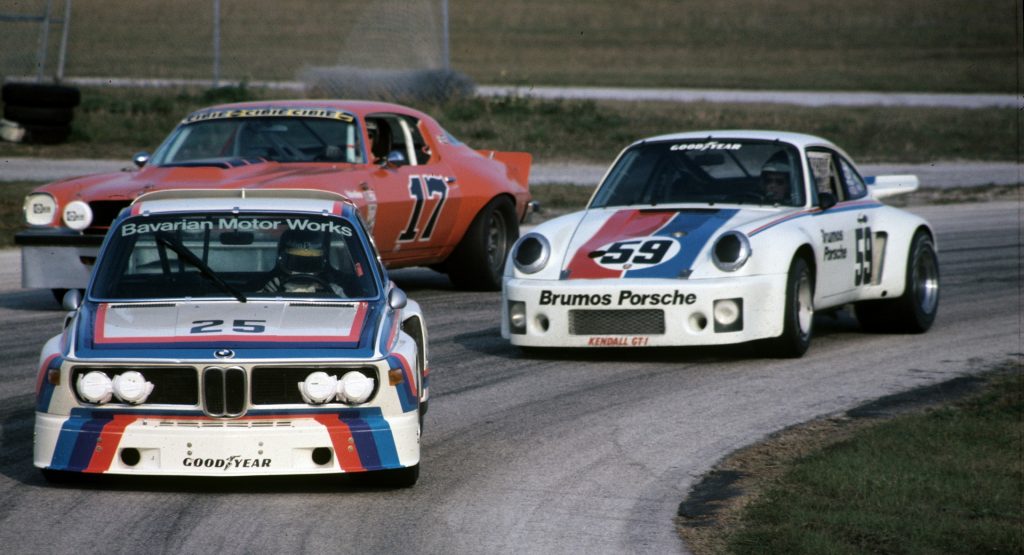 BMW’s M division is celebrating its 50th anniversary this year and to mark the occasion, it will bring a selection of classic models to the Rolex 24 Daytona race this weekend.

First named BMW Motorsport GmbH, the brand was conceived of by automotive legend Bob Lutz when he was the vice president of global sales and marketing at BMW. It started representing the automaker on racetracks in 1972 and since then, the brand now known as BMW M GmbH has gone on to race around the world and has made some of the most sought-after sports cars on the road. And it will be celebrating that rich history.

Along with sponsoring the shorter four-hour BMW M Endurance Challenge IMSA Michelin Pilot race that’s taking place on Friday, January 28, BMW will bring a selection of classic vehicles to show off at the track throughout the weekend.

All will be on display at the Rolex24Heritage Exhibition in the Daytona Fan Zone. A number of BMWs will also be on the track this weekend. They include the M3 and M4 road cars that are serving as safety and pace cars for the BMW M Endurance Challenge and the four M4 GT4 race cars that are being run by three different race teams. In addition, BMW M Team RLL will be running a M4 GT3 at the main event, the Rolex 24 Daytona race.

“Naturally, we are very proud to have played a role in a good portion of the history of BMW Motorsport,” stated Bobby Rahal, BMW M Team RLL Team Principal. “We are super excited about racing the new M4 GT3. Once again introducing a new race car to BMW fans like we have done with the M3, M6, M8, and Z4. We have been fortunate to have success with each of those cars which makes it exciting to embark on this new project and hopefully have more success with this great new chassis in 2022.”