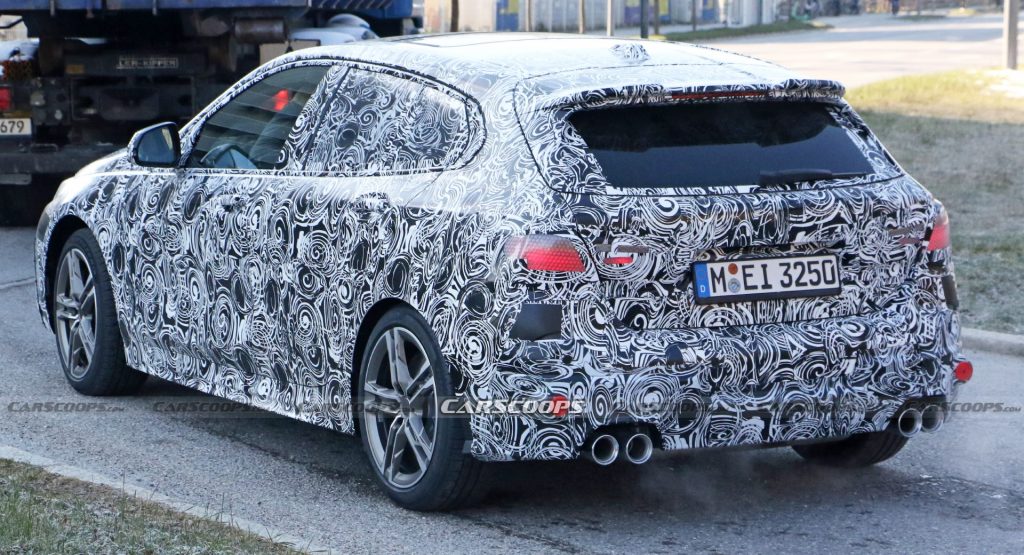 The flagship version of the upcoming BMW 1-Series facelift – the M135i xDrive – was caught testing by our spy photographers flaunting a redesigned face and quad exhaust pipes. This is noteworthy because there has never been a 1er with more than two exhaust pipes and that includes the current 128ti and M135i variants, as well as the previous generation M140i.

BMW reserved the quad pipe setup for full-blown M cars but it appears that this is going to change with the new generation X1 M35i and the facelifted M135i as hinted by the camouflaged prototypes. 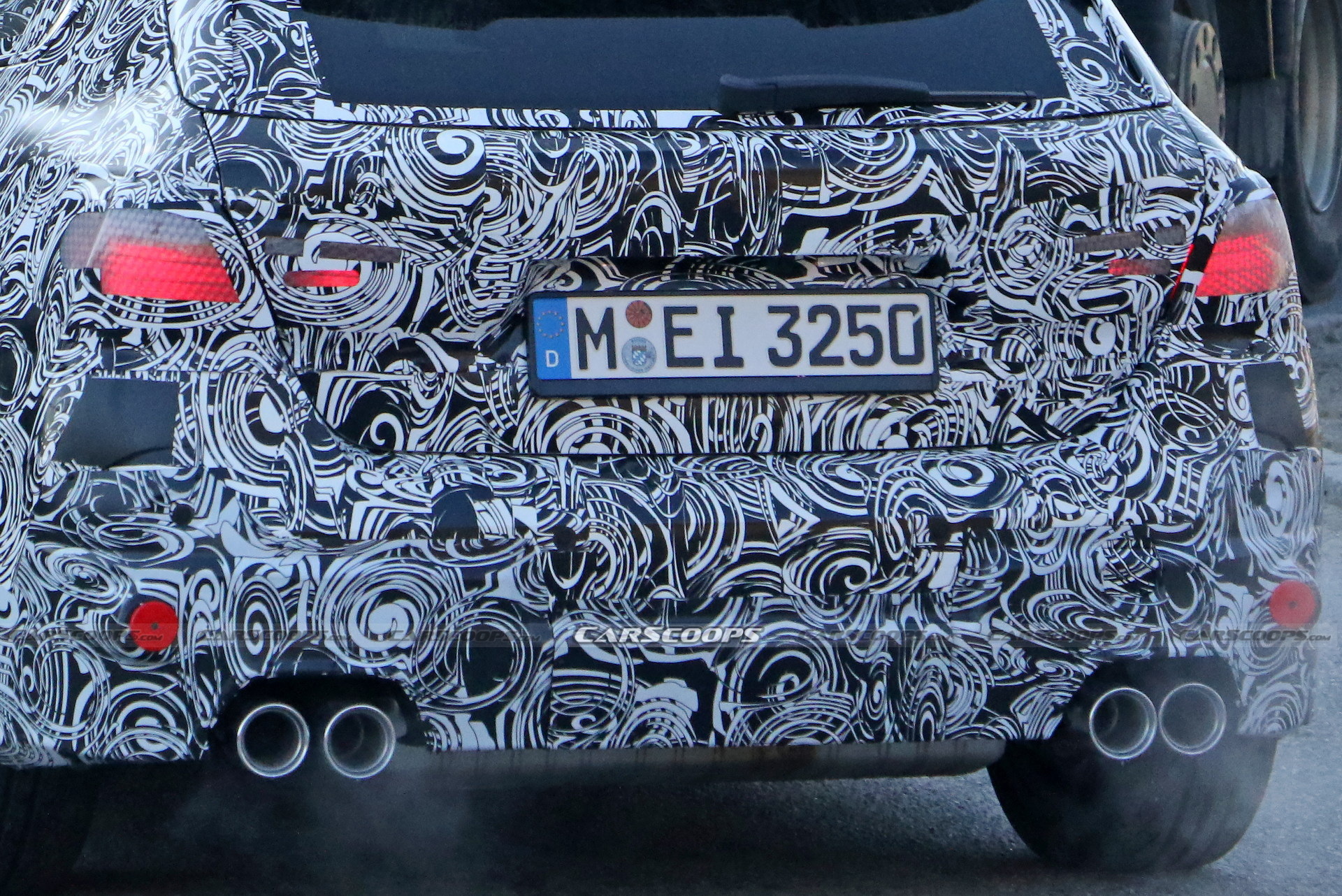 The design changes will be mostly focused on the front end, with the LED headlights getting a more rounded shape and the kidney grille being positioned slightly lower. We also expect the front and rear bumpers to be redesigned, with the sporty variant getting larger intakes, extended side sills, a more pronounced diffuser, and a larger rear spoiler, combined with lowered suspension and beefier brakes.

Inside the cabin, the facelifted 1-Series range will most likely benefit from BMW’s Curved Display featuring the latest iDrive8 software. In the 2-Series Active Tourer, the digital cockpit consists of a 10.25-inch digital instrument cluster and a 10.7-inch infotainment touchscreen placed in the same curved panel. Another important update would be the addition of a more sophisticated ADAS suite since the current 1er is lacking in this department. 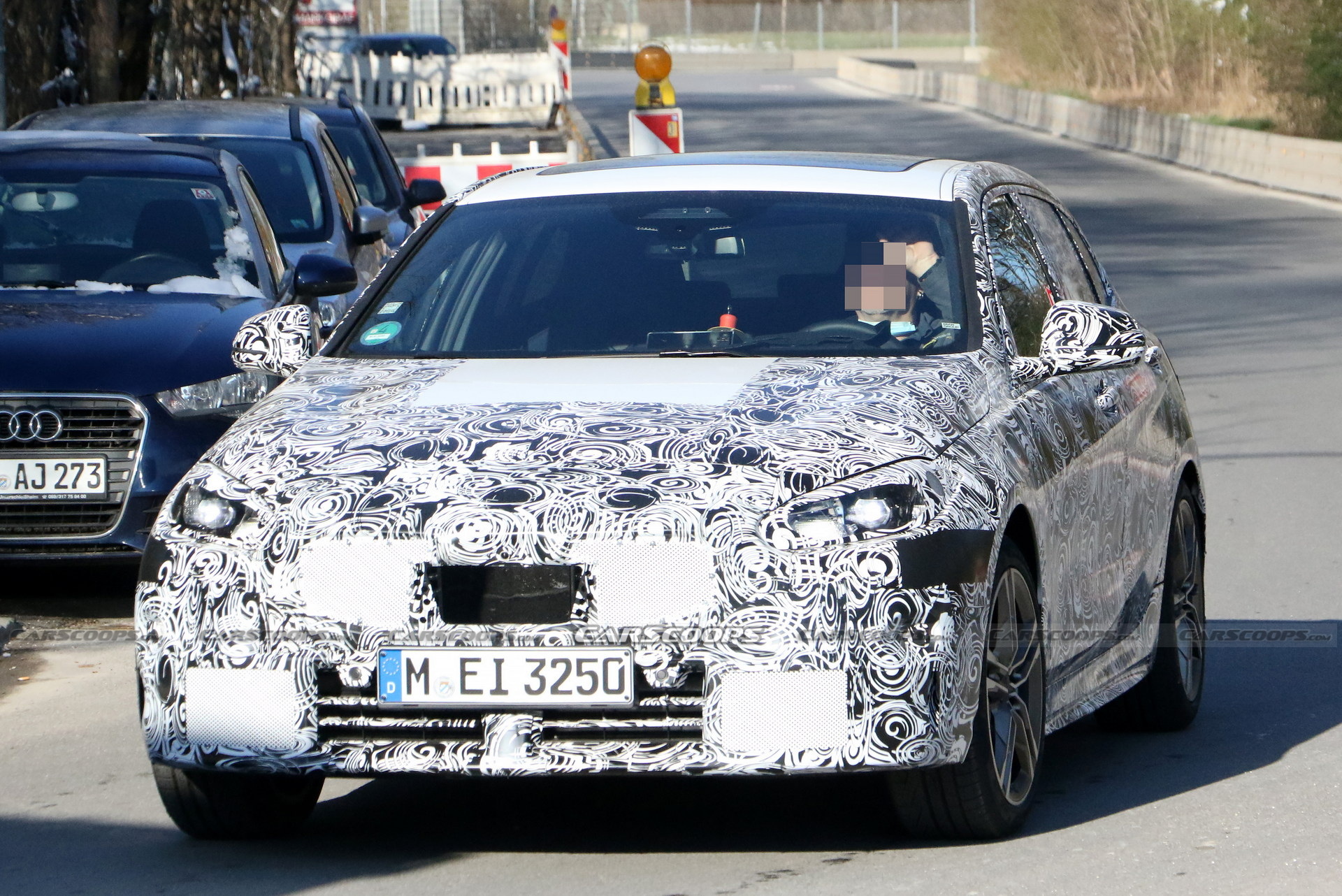 The M135i xDrive is expected to retain its status as the performance flagship of the 1-Series range slotting above the front-wheel-drive 128ti. Mind you, the BMW M135i xDrive was introduced in 2019 and received a revamped suspension in 2021. The turbocharged 2.0-liter engine produces 302 hp (225 kW / 306 PS) and 332 lb-ft (450 Nm) of torque mated to an eight-speed automatic transmission sending power to all four wheels. Although those specs are closely matching the current Mercedes-AMG A 35 4MATIC and Audi S3 Sportback rivals, they could be slightly increased in the facelifted model.

Even though BMW dropped the six-cylinder engine from the 1-Series, rumors surfaced about the return of an even more powerful M140i variant to compete with the Audi RS3 Sportback and Mercedes-AMG A45 S 4MATIC+ hyper hatches. Judging from BMW’s own comments during the reveal of the current generation of the 1-Series back in 2019, we believe that this won’t be the case since the hot hatch market is not big enough to justify the investment.

The updated range of the BMW 1-Series, including the hotter M135i xDrive, is expected to be unveiled in 2023.