Last year, Akshay Kumar was spotted riding a Honda H’ness CB350 during a movie shoot. We can see in the video, that there is a camera car tracking the Bollywood actor. It makes sense for Akshay Kumar to use the Honda H’ness because he is the brand ambassador of Honda 2Wheelers.

The H’ness CB350 is finished in a dual paint shade of Athletic Blue Metallic with Virtuous White. The paint scheme does look really nice. The actor is not wearing a helmet while riding the motorcycle. This is not the first time that Akshay Kumar has been spotted riding a motorcycle. Before CB350, he was spotted riding a Honda CBR650F and even a Ducati Monster. Both of which are significantly more powerful than the Honda H’ness CB350.

Riding a motorcycle without a helmet can be very dangerous. However, in movies, the actor’s face is often visible because that makes the scene more intense and powerful. But being a movie set, we believe there would be some kind of safety measures taken to ensure that the actor does not get hurt. However, people take wrong inspiration from such kinds of movies and start riding motorcycles without any protective gear and helmet which can be very dangerous. 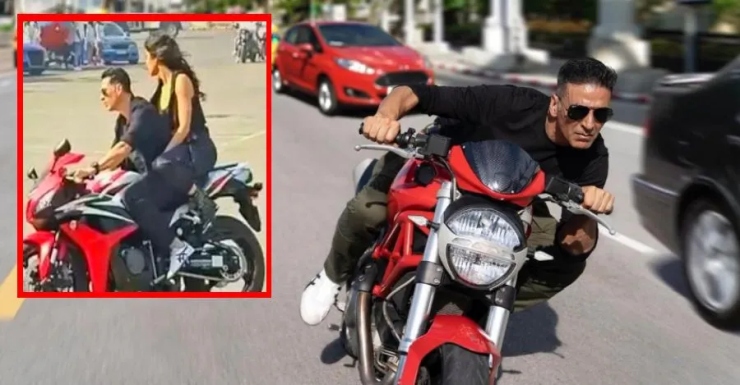 The H’ness CB350 is a retro-modern motorcycle. The price of the motorcycle starts at Rs. 1.96 lakhs ex-showroom and goes up to Rs. 2.03 lakhs ex-showroom. There are two variants of the motorcycle. There is DLX and DLX Pro. The DLX Pro gets a dual-tone paint scheme and gets a Bluetooth enabled instrument cluster. Honda also introduced a new top-spec Anniversary Edition of the H’ness CB350. The instrument cluster is a semi-digital unit so the speedometer is an analogue unit. It comes with a multi-information display that shows the real-time fuel efficiency, average fuel efficiency, distance to empty, battery voltage and gear position indicator. If you pair the mobile phone then you can give voice commands and get a turn-by-turn navigation. There is a USB port for charging mobile devices and there is also a hazard lamp switch. 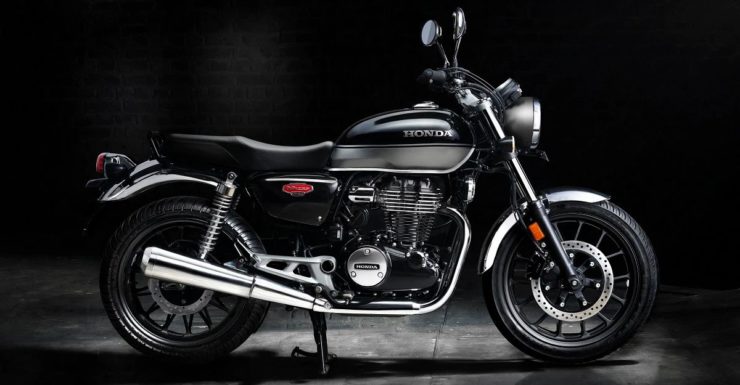 You also get LED headlamp with LED Daytime Running Lamp, circular turn indicators and circular tail lamp. All the lighting elements on the H’ness CB350 are LEDs which is a good thing. There is also Traction Control on offer which the manufacturer calls Honda Selectable Torque Control. People might think that a 350 cc motorcycle do not need traction control but it is good to have feature as it might come in handy someday. 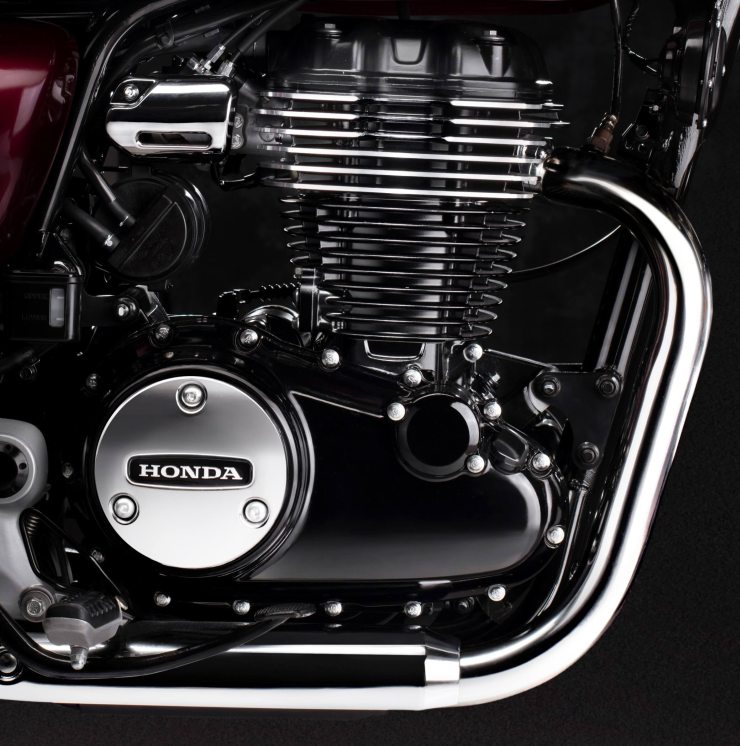 H’ness CB350 gets a BS6 compliant, 348.36cc single-cylinder engine that is air-cooled and is fuel-injected. It produces 21 PS of max power at 5,500 rpm and 30 Nm of peak torque at 3,000 rpm. The engine is mated to a 5-speed manual gearbox that comes with a slip and assist clutch. The exhaust note of the motorcycle is also able to produce a decent thump.