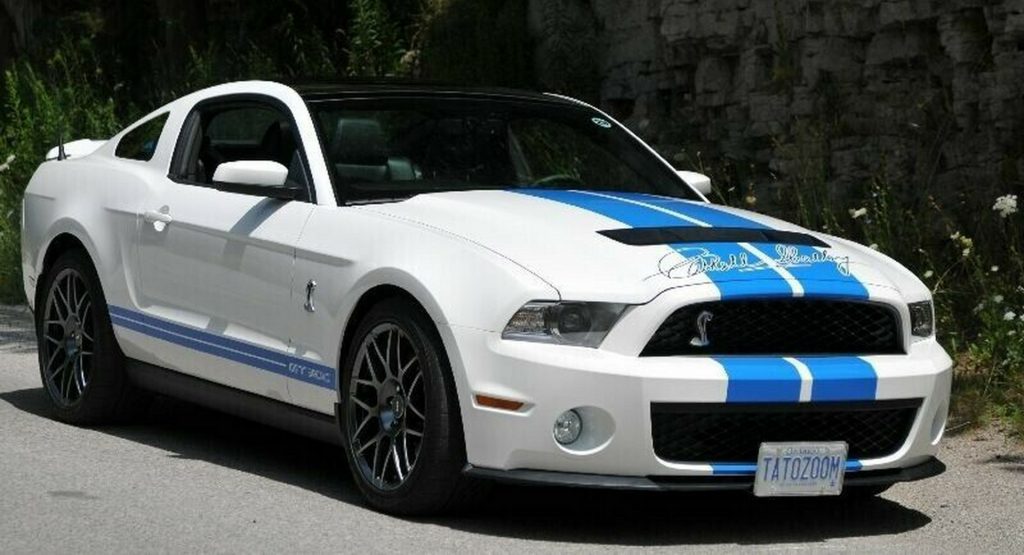 This 2011 Shelby Mustang GT500 is one of just two Tribute Prototype cars ever built and has Carroll Shelby’s actual autograph in the cabin. Built in conjunction with a Shelby Tribute Charity Event, the ferocious Mustang comes with a bunch of Shelby memorabilia including a photo of the man himself with this specific car.

Sure, the new GT500 is far more powerful, far more technologically advanced, and considerably faster, but this older GT500 is a piece of Shelby history. We can easily see a hardcore Shelby fan valuing this Tribute Prototype as more important than the new car and it’s not like they’re getting a slow pony either. 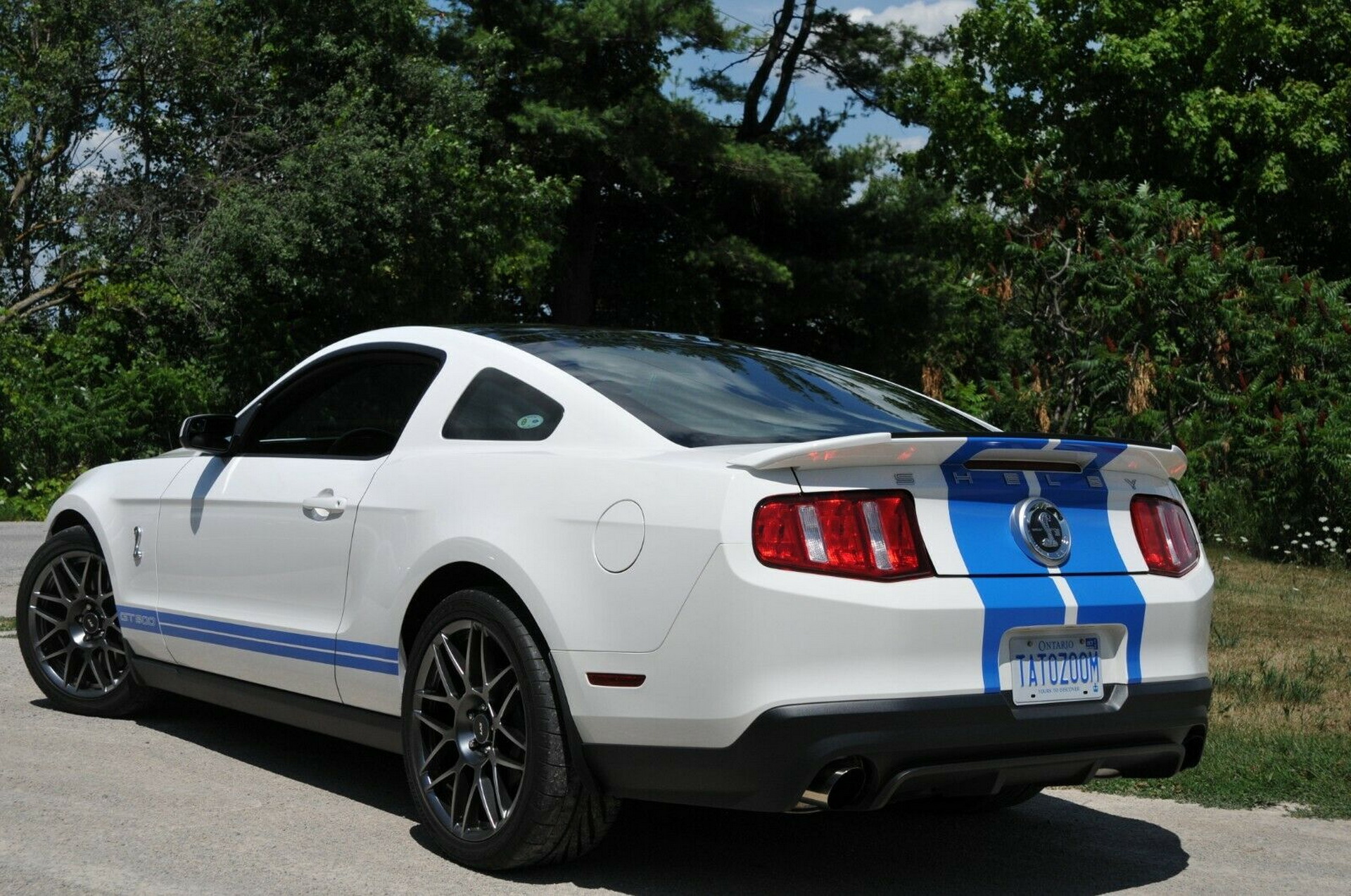 Under the hood is a 550 hp supercharged V8 with 510 lb-ft of torque. It sends that power to the rear wheels only through a proper six-speed manual transmission. It’s also fully loaded with features and options.

One of those is the Track pack which includes a stiffer and lower suspension than the regular GT500 but interestingly enough, this car actually has its own unique prototype version. It also has exclusive forged aluminum 19-inch wheels up front and 20-inch wheels out back. Finally, the rear axle ratio is upgraded to a 3.73 ratio as opposed to the regular car’s 3.55.

Each of the two Tribute Prototype cars was apparently sold with a stripe delete so that special strips could be added afterwards. This car has a graphic of Shelby’s autograph on the hood as well to help it stand out from the already small crowd of GT500s on the road.

We can’t confirm whether or not this GT500 would be allowed to be imported to the United States but it very likely falls into the “Substantially Similar” clause which allows all sorts of vehicles in this kind of situation.

Considering how hot the used-car market is right now, we wouldn’t be surprised to see this special Shelby appreciate in value in the future. The best part is that it’s got just enough mileage already on it that you won’t mess that up by driving it every once in a while.