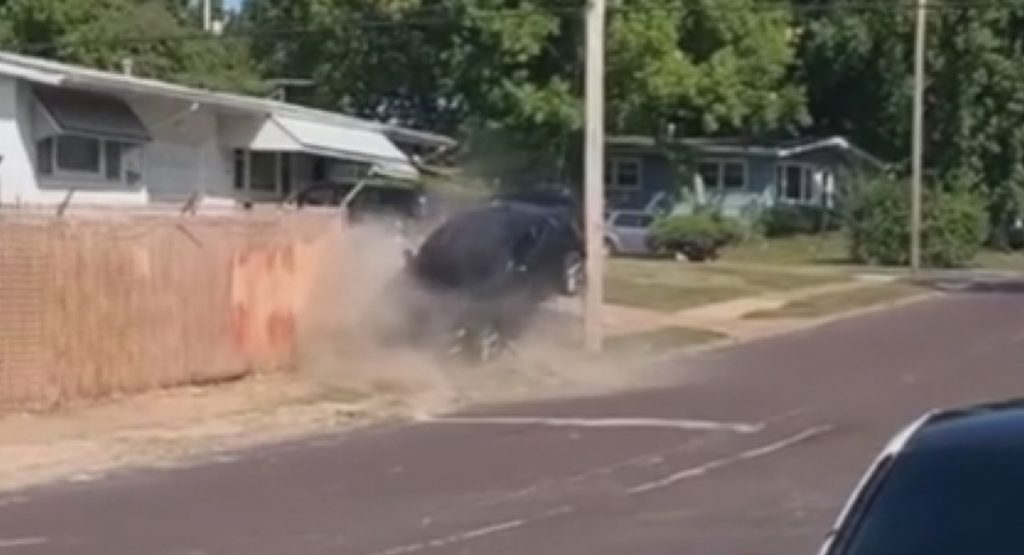 The term “instant karma” was probably coined for moments like these, though even that fails to capture the fullness of this video showing a Chevrolet Camaro crashing into several pieces of local infrastructure.

The short clip, posted to Reddit’s r/IdiotsInCars, shows a black Chevrolet Camaro approaching an intersection before doing two donuts onto a sidewalk. The car then peels off in the direction opposite of the one it started and back down the road, past a pickup truck that appears to be trying to keep out of its way.

As it’s speeding down the small, apparently residential street, the driver loses the back end and winds up hitting a signpost then climbing up a guy-wire attached to a telephone pole. It’s frankly impressive how high the car manages to get.

Just the latest example of a pony car possessing more power than its driver knows what to do with, this video shows why drifting on city streets is a profoundly bad idea. Never mind that there but for the grace of God go any pedestrians who live nearby and walk these streets.

So let’s all be a little less like a Mustang and a little more like a spider… man. For with great power comes the great responsibility of not being a dummy and endangering the lives of those around us. And that seems like more responsibility than most Camaro, Mustang, and Challenger/Charger owners on the internet are capable of shouldering.