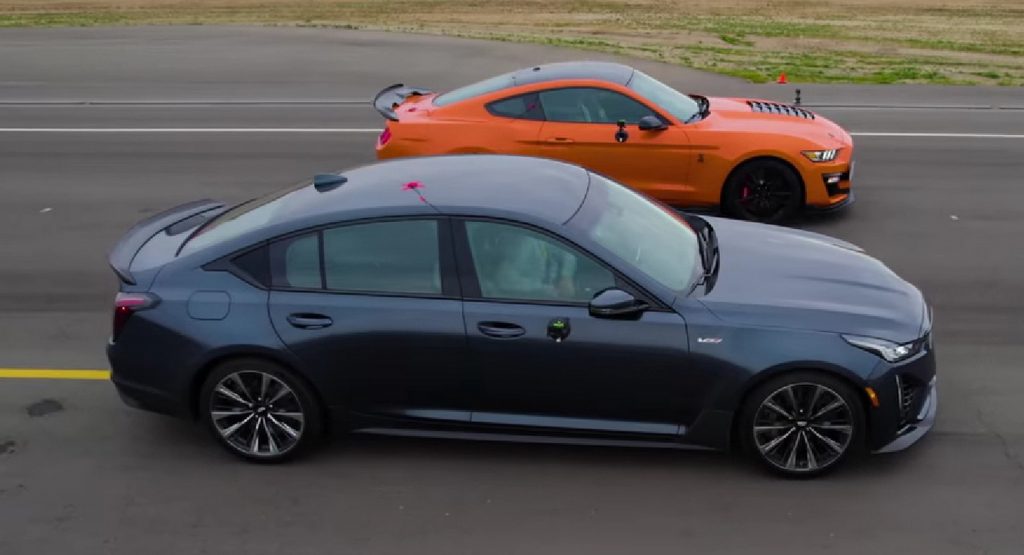 When Cadillac unveiled the CT5-V Blackwing, it made headlines with its performance numbers. But are they enough to take on another American performance car?

Maximum power output is one thing, though, and torque is another; and the CT5-V Blackwing has that in spades. The engine manages to generate a startling 659 lb-ft (893 Nm) of torque, which should help it off the line. Surprisingly, despite having an extra set of doors, the Cadillac actually weighs a little less than the Ford, tipping the scales at 4,152 lbs (1,883 kg) vs the coupe’s 4,168 lbs (1,890 kg). 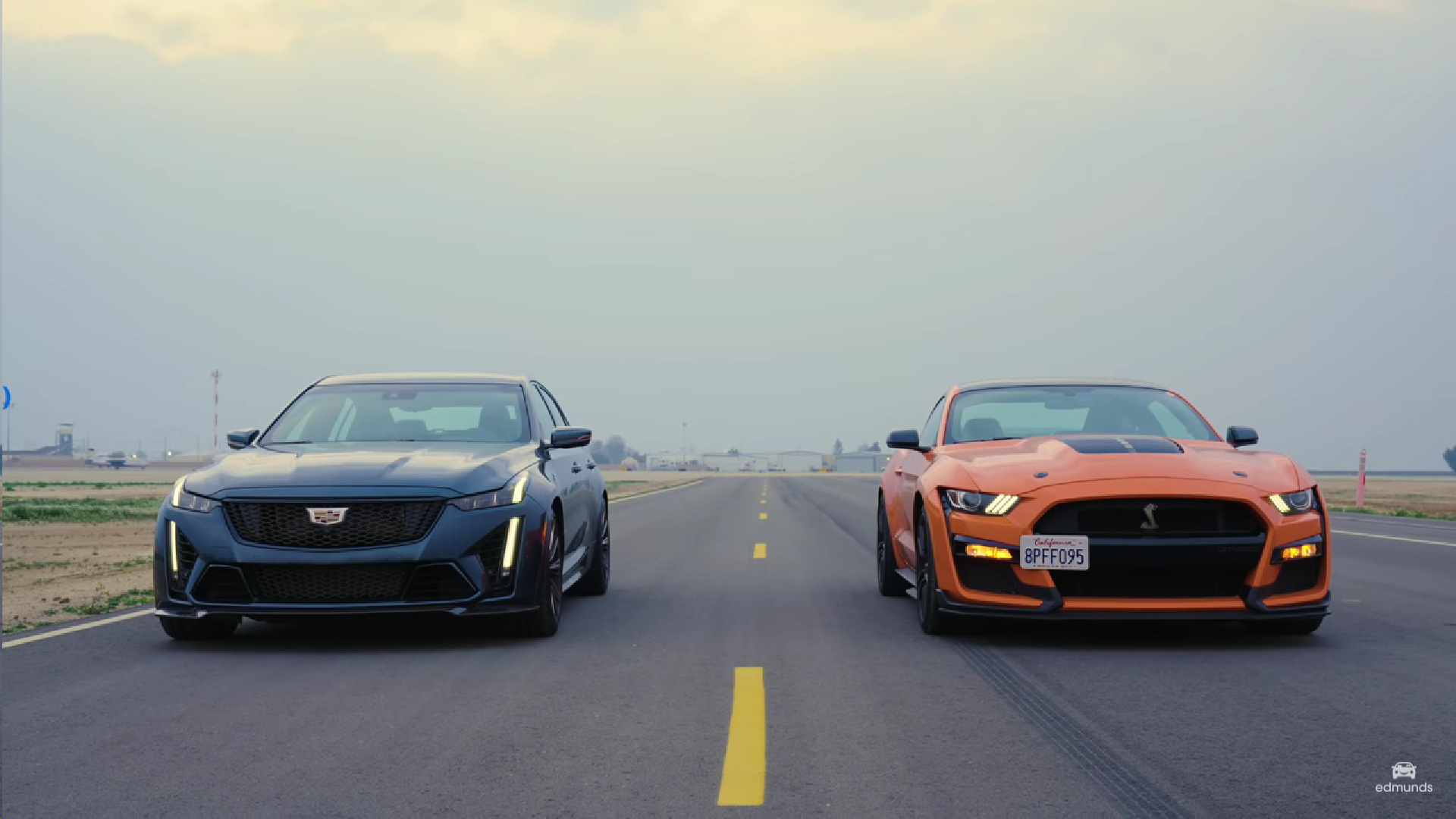 Edmunds, which published the video, calls the race a “U-Drag.” As the name suggests, the race track looks a bit like a wonky letter U and demands that the cars complete a quarter-mile drag race, go around a hairpin turn, then race back down the drag strip, which replicates the circumstances of a rolling race. All in all, it’s supposed to be a little more demanding than a straight-up drag race and give a better idea of how good of an all-rounder a vehicle is. It may also move the goalposts a bit so that the Tesla Model S Plaid, for instance, doesn’t go on winning drag races endlessly – but that’s another issue altogether.

It won’t come as a surprise to many that the Mustang Shelby GT500 performs exceedingly well in the rolling race and a little less well in the standing quarter-mile. It has been noted in the past that the pony car is difficult to launch while its enormous power gives it the capacity to collect huge amounts of speed once in motion.

The Cadillac fares surprisingly well in the standing quarter-mile, but still loses by a nose. Both do reasonably well in the hairpin, leaving the Ford to walk away with the overall victory.