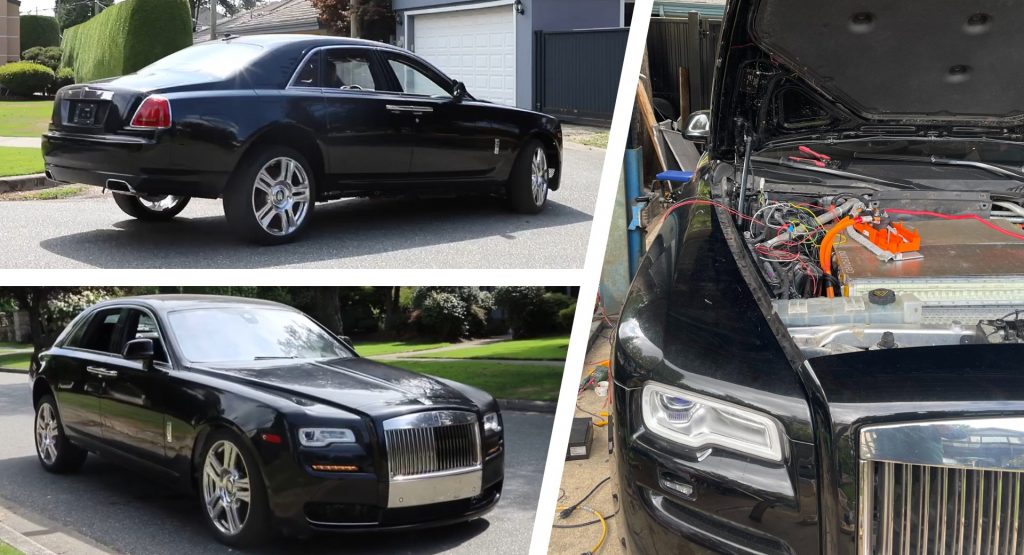 The fully electric Rolls-Royce Spectre is coming in 2024 but Vincent Yu, a Wraith owner from Richmond, Canada, couldn’t wait that long and decided to convert his own Rolls to an EV, a lengthy process that forced him to sell his house and part ways with his family for a long period of time.

As reported by Global News, the inspiration for the build came from Yu’s daughter, Gloria, who worried about the environmental effects of an ICE-powered luxury car and refused to ride as a passenger in her father’s Rolls-Royce Wraith. Vincent wanted to make his daughter proud and instead of trading the Wraith for a proper EV, he embarked on this difficult and money-consuming journey of converting it to a zero-emission vehicle together with a small team of mechanics.

See Also: The 2024 Rolls-Royce Spectre Is The Electric Luxury Coupe Of The Future

The process took four years of work in his garage, including many trips to the US, Japan, and Germany for sourcing car parts. Working on the Wraith had its toll, with Yu’s wife and daughter moving out of their house for a long period of time to avoid the stress. The high cost of the conversion prompted him to sell his house in order to fund the project creating conflict in the family.

There is however a happy ending to the story as Yu eventually completed the conversion and his family went back to living under the same roof. Talking to Richmond News, Yu said: “Many people think I’m nuts, hearing my idea of converting my gasoline car to an electric one. But I’m so used to people making fun of me. My head is always in the clouds.”

The electric Wraith is now functional and has an electric range of 500 km (311 miles) according to its owner. The original V12 engine has been swapped with a Tesla-sourced electric motor and a battery pack, although we don’t know the specifications of the new powertrain. What is puzzling is that in the official videos the rear suspension looks significantly lifted, while the driver’s side of the Wraith seems to be damaged in some of the photos. All these could mean that the donor car was not in great condition when the project was initiated.

Using the experience gained from his first build, Yu wants to convert more ICE-powered vehicles into EVs under his new business called Mars Power Technology. The official website states that similar conversions could be done in luxury vehicles, classic cars, and trucks. Despite the slow start, the venture is pretty optimistic about the future as they plan on building over 800 battery swapping and charging stations across North American highways within the next five years.