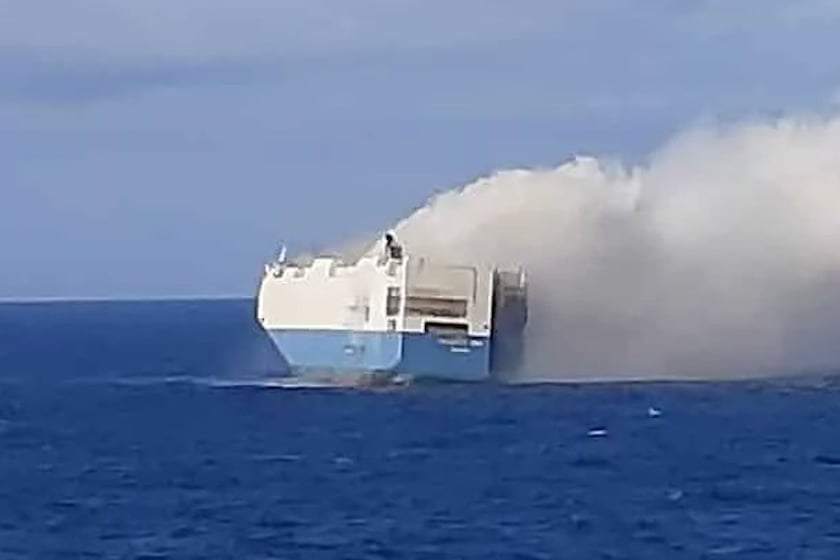 If you have not been living under a rock, you would have heard about the Felicity Ace that was on its way to the United States carrying 1000s of cars but has since been evacuated following a fire on board.

Felicity Ace was sailing from Emden, Germany, to Davisville in Rhode Island when a fire broke out on one of its decks. While it’s still too early to tell what caused the fire, it was serious enough that it couldn’t be put out using the equipment that the crew had access to onboard.

Currently, the ship is drifting in the Atlantic Ocean with chances of salvaging any of the cars onboard pretty much zero.

Autoblog managed to get hold of Porsche as well as Bentley where it was confirmed that 1,100 Porsches are on board as well as 189 Bentleys.

We know there are also Lamborghinis onboard but how many exactly is not yet known. A total of 2,500 cars can be shopped at once so the remainder is made up of Audis and VWs.

A Porsche spokesperson has confirmed to Autoblog that details of the cars are known and customers affected by the maritime disaster are being contacted by their respective dealers. “While it remains too early to confirm what occurred and next steps, we are – along with our colleagues at Porsche AG – supporting our customers and our dealers as best we can to find solutions.”

Most importantly, the ship’s 22 crewmembers were rescued by the Portuguese Navy, but the fate of the cars at this stage remains unknown.

The post Cargo Ship Burning In The Atlantic Carrying Over 1,000 Porsches Nearly 200 Bentleys and More appeared first on Zero2Turbo.