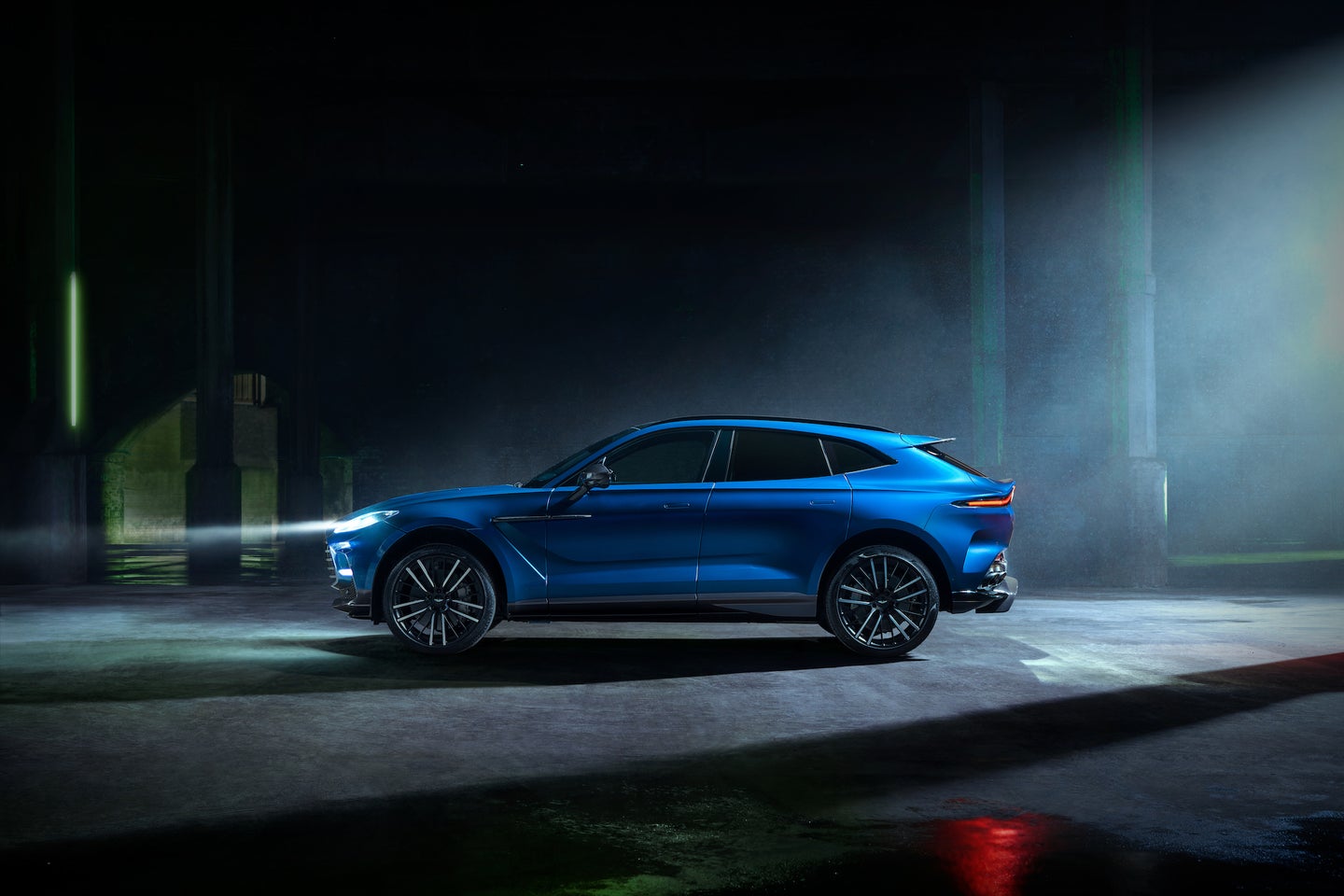 There is no shortage of SUVs to pick from when buying a new car. These vehicles are both ubiquitous and represent one of the most profitable segments for automakers, with “insatiable” demand from the public, as former Cadillac boss Johan De Nysschen has put it. However, a recent wave of super SUVs with powerful engines and other go-fast bits have started to land on dealer lots, including a new addition making its way out of Britain.

Most Americans probably associate Aston Martin with James Bond, given the brand’s appearances in the films, but the company doesn’t only make small sports cars and grand tourers anymore. Since 2020, Aston has built its DBX crossover SUV, and the income from this product alone has proven to be a lifesaver for the carmaker. Now, Aston is launching an all-new performance version: the DBX707.

The all-new Aston Martin DBX707 is an upgraded version of Aston’s standard DBX, and at a passing glance, many might not notice what makes this particular model so impressive. For that, they’ll need to take a closer look.

A familiar gas-burning 4.0-liter twin turbo V8 lives under the hood, the same engine as the regular DBX. However, the team at Aston Martin amped-up the power output with upgraded turbochargers to give the DBX707 an additional 155 horsepower. The result is a rather powerful 697 horsepower power plant, which translates into 707 PferdeStarke, or metric horsepower—hence the name DBX707.

[Related: What’s the difference between a sports car, a supercar, and a hypercar?]

The engine is so potent, in fact, that it gives Aston the ability to take the crown of world’s most powerful production SUV. Technically this title was previously held by the Dodge Durango SRT Hellcat, which offered an unruly 710 horsepower, followed by the Jeep Grand Cherokee Trailhawk with 707 HP. But since both Dodge and Jeep are not offering their respective models for 2022 and presumably beyond, Aston has the perfect opportunity to move in and take the throne.

Mated to its engine is a nine-speed wet clutch gearbox borrowed from Mercedes-AMG. This fast transmission uses a pack of independently-controlled clutches marinating in lubricant—hence the term “wet”—for better cooling, faster shifting, and the ability to handle the abuse from the high torque output produced by engines like the DBX’s 4.0-liter V8. It also offers drivers the ability to manually select gears without reverting back to automatic, plus the addition of launch control for a fast start off the line, and drive modes which transfer up to 95 percent of torque to the rear axle.

Aston also equipped the vehicle with a shorter overall gearing ratio, which allows the 707 to sprint from 0-62 MPH in just 3.3 seconds. That time is incredibly quick for any SUV (or car, for that matter) with a combustion engine. While still bested by the Porsche Cayenne Turbo GT’s 3.1-second time, it beats some other super SUVs like the Lamborghini Urus and Audi RS Q8 on paper, though both machines are notoriously underrated on this front and tend to actually perform better than the companies boast.

Aston claims that the DBX707 isn’t just quick to accelerate—it’s fast, too. Keeping the pedal pressed will let the speedometer climb until it reaches its top speed of 193 MPH. Good thing it comes equipped standard with the increased stopping power of large 420mm carbon ceramic brakes.

While speed is a fun and engaging metric, most people won’t be taking this particular SUV to the Nurburgring every weekend. This souped-up ride also needs to look the part for buyers to justify their purchase.

[Related: Anyone can drive a supercar, but truly tapping its potential is another matter]

The DBX707 receives a reworked fascia to separate the performance model from the standard DBX. An enlarged front grille gives the SUV a more aggressive appearance while also allowing for better airflow. Even the fog lights were made thinner to maximize the amount of cooling needed for its more powerful engine.

Below the grille starts an influx of exterior carbon fiber that lines the bottom side of the SUV. Starting at the front valance, the raw carbon look advances down the side of the DBX707, notably making up the sill, or rocker panel, which has been reshaped to better move air around the rear wheel. The most apparent use of carbon fiber comes to the rear, which is what most of the DBX707’s adversaries will likely be looking at, given the tremendous power generated under the SUV’s hood. Bits of shiny carbon fiber help to stabilize the vehicle at higher speeds, including a lengthened roof spoiler and a new aerodynamic lower rear valance.

Aston has yet to reveal pricing of the DBX707, but it won’t be cheap. The standard DBX starts at an eye watering $176,900, and a performance trim will certainly be more expensive. Production will begin later this quarter, and deliveries are planned to start in Q2 2022.