Giving gifts on special occasions, such as birthdays, weddings, marriage functions and other achievements in life, is a common human nature done out of affection or respect. However, something unique happened recently in Tamil Nadu, where a couple tying the nuptial knot were gifted bottles of petrol and diesel by their friends.

The incident happened in the Cheyyur village of Chengalpattu district of Tamil Nadu, during the wedding function of residents of the village, named Girish Kumar and Keerthana. While they were happily greeting all their friends, relatives and well-wishers, the couple’s friends pulled off a surprise by gifting them two 1-litre plastic bottles, each filled separately with petrol and diesel. A video of the friends presenting this unique gift to the couple during the wedding ceremony has broken the internet and has gone viral in no time.

The video has become viral

Call it a prank or attention-grabbing act, the hilarious video has thrown some limelight on the rising prices of petrol and diesel and how they are seen as ‘expensive commodities’, which hold better value than any other expensive item. 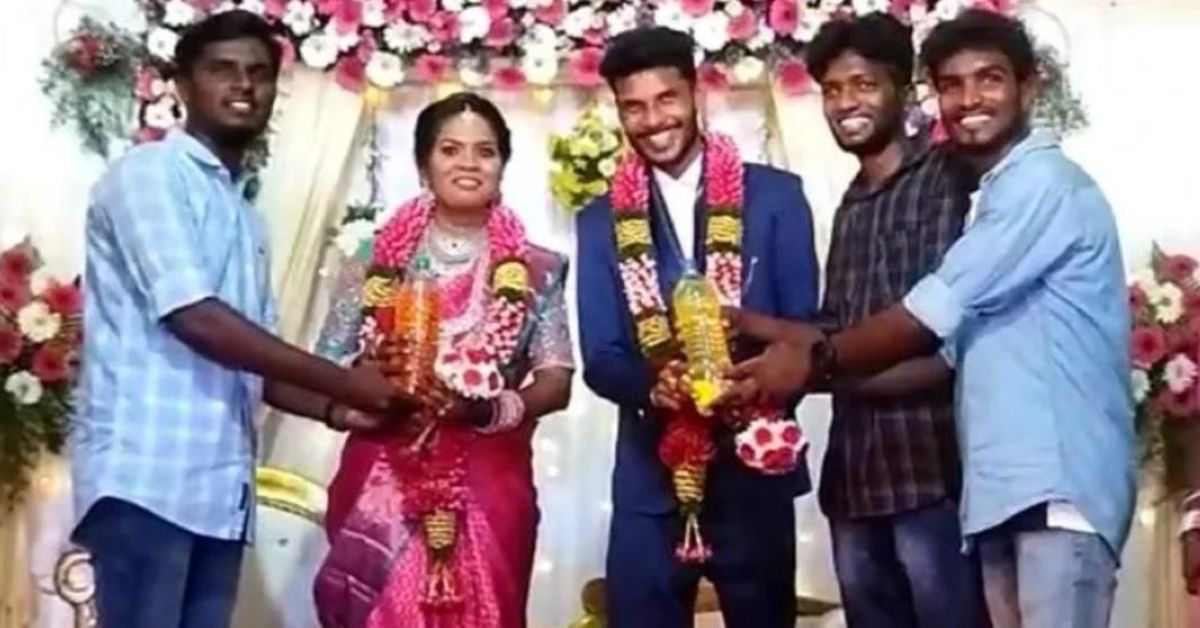 It should be noted that the prices of petrol and diesel have surged drastically in the last few days. Because fuel prices are witnessing hikes on an almost daily basis now, they are jokingly considered as items for investment by many. Some are even making jokes about petrol and diesel having better investment returns as compared to conventional investments like gold and shares in companies.

The increased prices of petrol and diesel, which have seen almost 14 revisions in the last two weeks, have become a rising concern for all the citizens of India. Due to this increase, the transportation costs and prices of other commodities and essentials have also gone up, which has increased the burden on the common man’s pockets as well.