Dhirubhai Ambani aka Dhirajlal Ambani was an Indian business tycoon who founded Reliance Industries. Now, the Ambani family is the richest family in India and also owns one of the most expensive garages in India. Even Dhirubhai Ambani also liked to collect cars. One of the cars that were mostly used by him was BMW E38 750i XL L7. Yes, that is a long name but so is the car itself. It is clear that the car holds a sentimental value for the family because they are still maintaining it and it is spotted with Ambani’s Z Plus security.

The video is uploaded on YouTube by CS12 Vlogs.  This BMW is quite special because only 899 examples were made for the whole world. It is the BMW E38 750i XL L7 in India. The model was specially made for European, Middle Eastern and South-East Asian markets. BMW did not sell it in any other market which makes it quite rare. 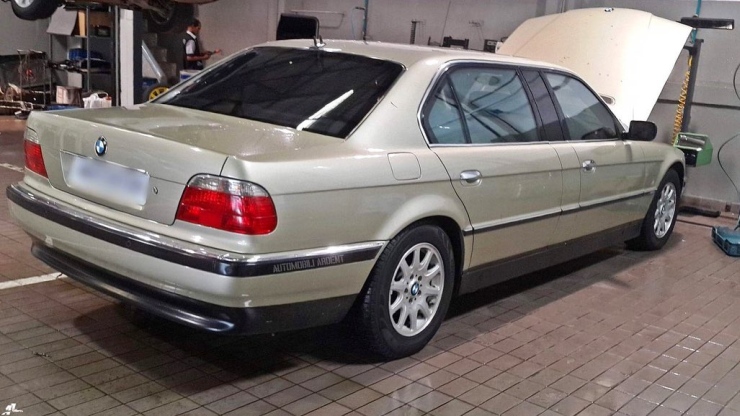 The XL in the name stands for the added wheelbase which increases the cabin space for the occupants. We can see in the video how long the BMW E38 750i is. The pictures that we see were clicked in 2015. It is very well kept for such an old vehicle. The sedan is finished in Titan Silver paint scheme. We cannot see who is driving the vehicle but considering that the convoy was there with the vehicle, there might be someone from the Ambani family. It is also possible that the member of the family is sitting in the rear seat.

BMW made the L7 variant in 1997, it was sold only till 2001 and that too in limited markets. The 7 Series is the flagship sedan from BMW so it makes sense for BMW to make the limousine based on the 7 Series. The manufacturer already sold a variant with an extended wheelbase that they called “iL” but the XL’s wheelbase was further expanded by 25 cm. Because of all this added length, the model ended up measuring 5.37 metres. For comparison, the current BMW 7 Series measures 5.26 metres in length. 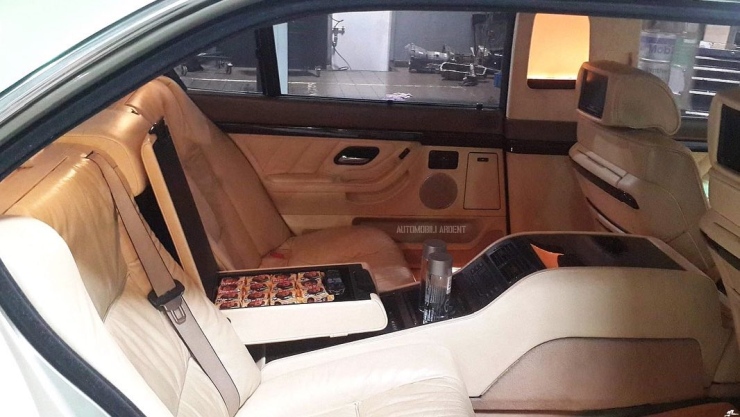 Being the flagship vehicle, there was a very long list of features that were considered modern at that time. It came with a refrigerator, fax machine, television screen, electrically adjustable rear seats, personal rear screens, rear footrests and foldable trays. Moreover, you could get an optional “privacy window” feature which was a glass partition that could isolate the rear cabin from the driver’s cabin. 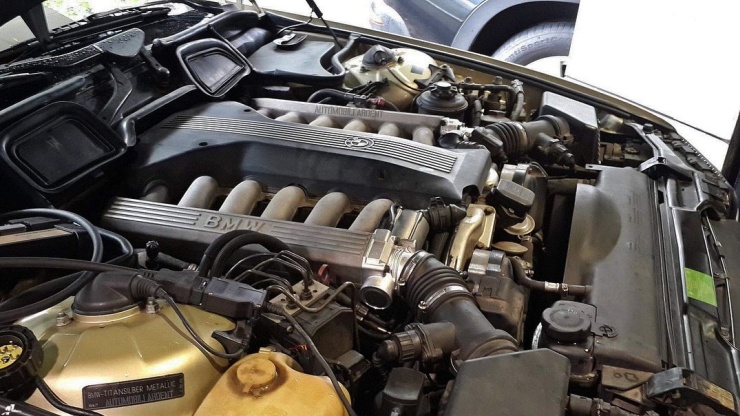 BMW gave a 5.4-litre, V12 petrol engine to the E38 750i XL L7. The engine could produce 322 Bhp of max power and 490 Nm of peak torque which might not look like a lot when compared to current vehicles. All this power was transferred to the rear wheels only via an automatic transmission. The sedan was able to hit 100 kmph in just 7 seconds. The top speed was electronically limited to 250 kmph for safety reasons. BMWs are known to be driver’s cars. However, the E38 750i XL L7 would mostly by people who will be travelling in the rear seat.