Police have booked Lokesh Kadam for a road rage case. Lokesh served in the Indian Army and is retired personnel who now works as a builder. The video of him stopping a bus and assaulting the driver has become viral on the Internet.

The 45-seconds video of the incident has become viral on the Internet. The video shows a car overtaking a bus and making it come to a halt on the Mumbai-Goa highway. After the bus stops, Lokesh enters the bud brandishing his licensed pistol and assaults the driver of the bus.

The police have registered an FIR and booked Lokesh Kadam under IPC Sections 324, 34, 341, 506 and 504 for assault, threat and abuse. The FIR does not talk about Kadam waving his gun to threaten the bus driver. Police have not booked the accused under the Indian Arms Act.

The police say that they have seized the firearm and the bullets from the accused. The cops also served him a notice and booked him as well.

What exactly happened in the video? 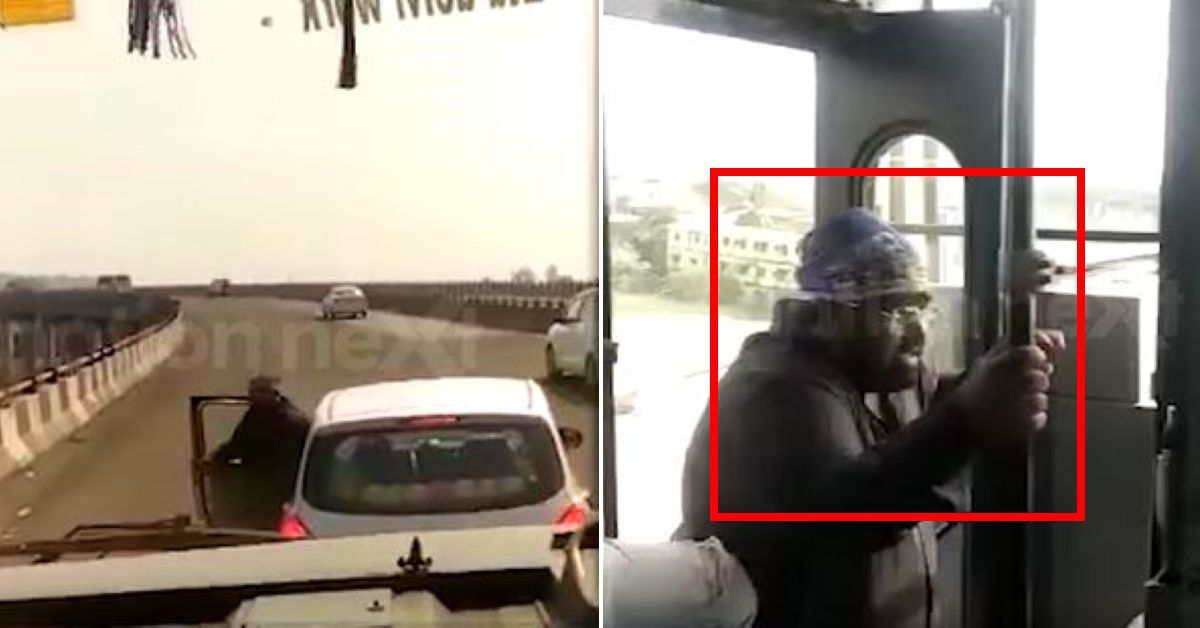 According to Indian Express, the incident took place at around 1:40 PM on January 27 near Vadkhal In Raigad district. The accused was moving his car toward Vadkhal from Pen when the bus carrying workers of a company brushed against Lokesh Kadam’s car.

Kadam asked the bus driver Rakesh Ghosalkar to stop and they both started to argue with each other while the vehicles were still moving. The bus driver refused to pull over and stop. The driver said that he is carrying passengers and cannot stop.

Ghosalkar, the bus driver also asked Kadam to note down the registration number and report it to the police. He also added that he will be present at the police station as well.

However, enraged Kadam chased the bus in his car for several kilometres. He finally blocked the way of the bus on a bridge that forced the driver to stop the bus. Kadam barged inside the bus and started abusing the bus driver while wielding his pistol.

After the incident, the bus driver dropped the passengers at an office, which was 1 km from that spot. He then approached the police to file a complaint. Ghosalkar says that he does not know about the cops wrote down in the statement but he signed it off without reading.

Road rage can be dangerous

Road rage is something that can strike anytime and can escalate real quick. It’s critical to have a cool head while driving/riding anywhere, more so on chaotic Indian roads. Here are some tips to ensure that you don’t get into a road rage incident.

Despite your best attempts at a smooth drive, there can be others who are overly aggressive. Symptoms of such aggressive drivers include excessive honking, tailgating, gesticulating and swearing, weaving between lanes or straddling lanes, and speeding up suddenly and braking sharply. The best thing to do in such situations is to just let such crazy drivers go divert your mind, think of your friends and family perhaps to quickly calm your nerves.