The striking new Noble M500 is the British supercar maker’s long-awaited follow-up to the acclaimed M600, which arrived in 2009.

First shown as a concept at the 2018 Goodwood Festival of Speed and developed into this working prototype since, the M500 is a cheaper and less powerful car than the Noble M600 that it effectively replaces as the company’s sole offering.

Dynamic testing has just begun, and in an exclusive interview and unveiling with Autocar, Noble said that first customer deliveries will get under way this year.

As standard, the engine makes a little more than 500bhp and nearly 600lb ft, but Noble intends to bring the M500 to market with approximately 550bhp.

The M600 made 650bhp on its maximum boost setting. This output, which made the M600 one of the most potent supercars of its era, is soundly beaten by today’s mid-engined alternatives. With 550bhp, the M500 will be a closer match for ‘junior’ supercars including the new Chevrolet Corvette C8 and Porsche 911 Turbo S.

In lieu of the M600’s carbonfibre bodywork, the M500 has a shapely new glass-reinforced composite body that contributes to a lower cost. But underneath, the steel tubular chassis is “70% M600”, according to Peter Boutwood, Noble’s managing director.

The M500 is the same length as the M600 and only millimetres wider but has been redesigned to be roomier. Fundamentally, the chassis and suspension are sufficiently similar that Boutwood expects the ride and handling to be “very much like an M600”. The M600 finished second in Autocar’s Britain’s Best Driver’s Car contest back in 2010 – beating the Ferrari 458 Italia into third – since which time the idea of its passive set-up with very few driver aids has in some ways grown only more appealing to enthusiasts.

The M500 has double-wishbone suspension at each corner with coilover springs and passive dampers. There is hydraulically assisted power steering but no anti-lock brakes or airbags.

The only gearbox option is a Graziano-sourced six-speed manual with a metal gate and shift action unique to Noble.

In the cabin are two Recaro Podium seats (although less hardcore options will be available), which offer a favourable driving position on first impression, albeit with pedals marginally offset, and a simple digital instrument pack. Entry and egress have been made easier than in the M600 by a chassis redesign that made the door sills smaller.

This car is “very much a working prototype”, but fit and finish on the interior and exterior panels is extremely sound.

The shape of this production-previewing M500 prototype is virtually the final design, subject to high-speed testing. Boutwood expects to add a little more angle to the rear wing, but the chassis has a largely flat underside, helping clean air reach the large diffuser. In the front is a reasonably spacious boot akin to that of a McLaren or a 911.

The prototype has been built in-house at Noble’s Leicester factory, where M600 production reached its end in 2018, and a very small team (only eight in total, with five technicians hands-on with the car) then set about bringing the M500 to this point.

Noble hasn’t accepted any orders yet, because it hasn’t set a final price, but sales and marketing chief Kim Grouse told us that “we want to make it as accessible as we can”.

Boutwood said he would like “people who have Noble M12s and Porsches to be able to afford it”. It’s far from final, as there’s no complete cost for the bill of materials yet, but for Boutwood the aim is “around £150,000”.

If that proves possible, it would be approaching a return to the market in which Noble originally existed: offering the thrills of more exotic mid-engined supercars at a lower price. That ethos changed with the M600, which not only outpowered but, at a heady £200,000, also outpriced its mid-engined rivals at the time of its launch. At £150,000, the M500 could suitably undercut cars from Ferrari, Lamborghini and McLaren while offering a similar power-to-weight ratio.

The M600 was a labour-intensive car to build, but Boutwood said: “We would like [the M500] to be as easy to make as possible.”

It’s less powerful than the mid-engined establishment but, with its purity, it should weigh less. Boutwood said the prototype weighs nearly 1400kg but that with production parts, most notably in the body, “I reckon we will get it to 1250kg”. Many supercar makers quote a dry weight more than that. In the M600’s 2009 road test, we weighed it fully fuelled at just 1305kg.

The M500 will come with carbonfibre upgrade options, common on supercars, to keep weight to a minimum. The whole body could be specified in carbonfibre, but Boutwood said “we would like to be morally right” and not charge thousands for lightweight components.

Its outright acceleration figures will never match those of rivals that have semi-automatic transmissions and launch control systems. But even with a manual gearbox that required a shift to second gear before 60mph, the M600 sprinted in our hands from 0-60mph in a traction-limited 3.5sec. We would expect the M500 to be similarly quick, plus Boutwood said the top speed will be a little under 200mph.

The M600 still garners attention, not least as it’s one of the stars of the film Fast and Furious 9, but only a couple of dozen coupés ever hit the roads, and only two soft-top M600 Speedsters, with company funds underwritten by a Chinese investor who bought Noble in 2015.

Boutwood would like to do better with the M500 to the tune of up to 50 cars per year. That would still be modest compared with mainstream rivals but “would be mass production for us”, he said.

A brief history of Noble 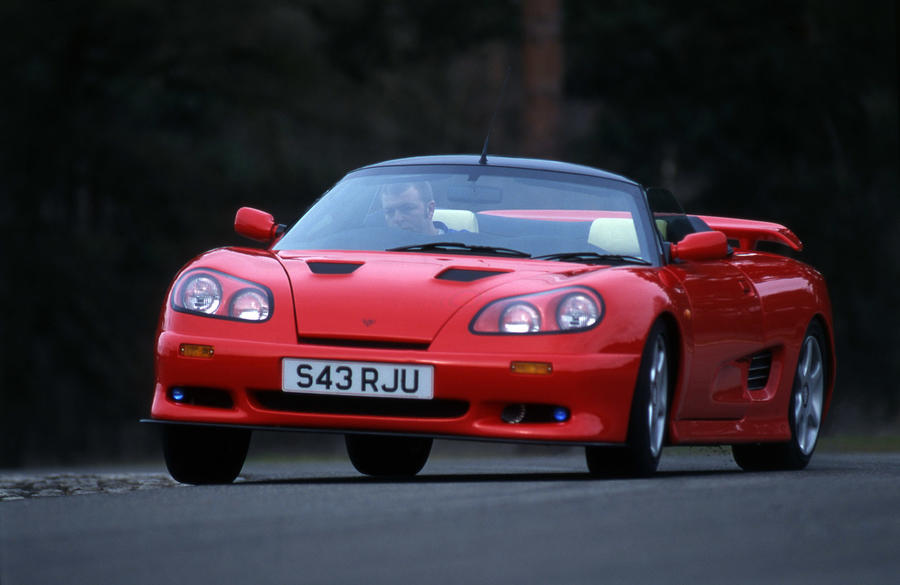 2000: The better-known and bigger-selling M12 arrives to cement Noble as an established sports car brand. Power – up to 425bhp of it in the top-rung M400 variant – is supplied by a twin-turbo Ford V6, while a radical fibreglass body helps to make weight and price as competitiveas possible. 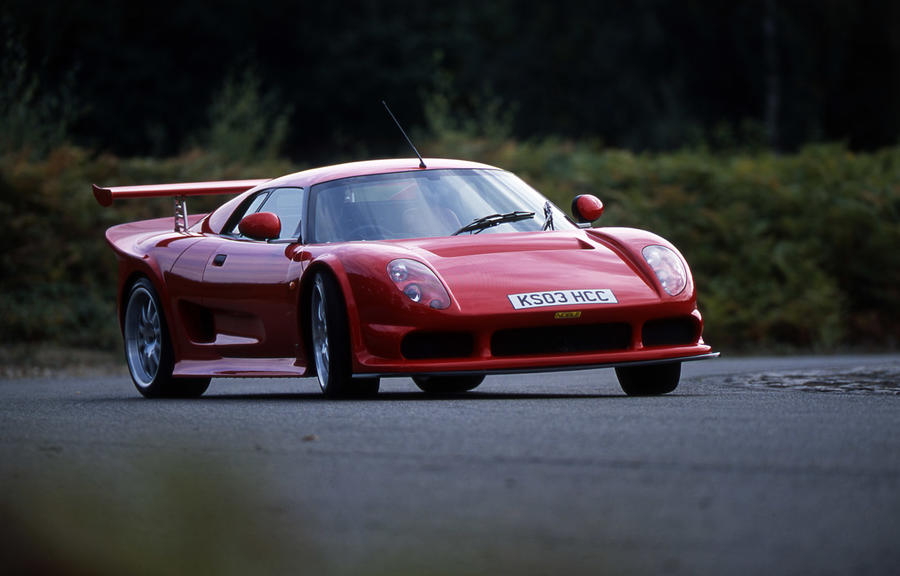 2004: A prototype of the M12’s successor, the M14, is revealed at the British motor show, but high development costs put a stop to production. It will be followed in 2006 by the heavily re-engineered M15. 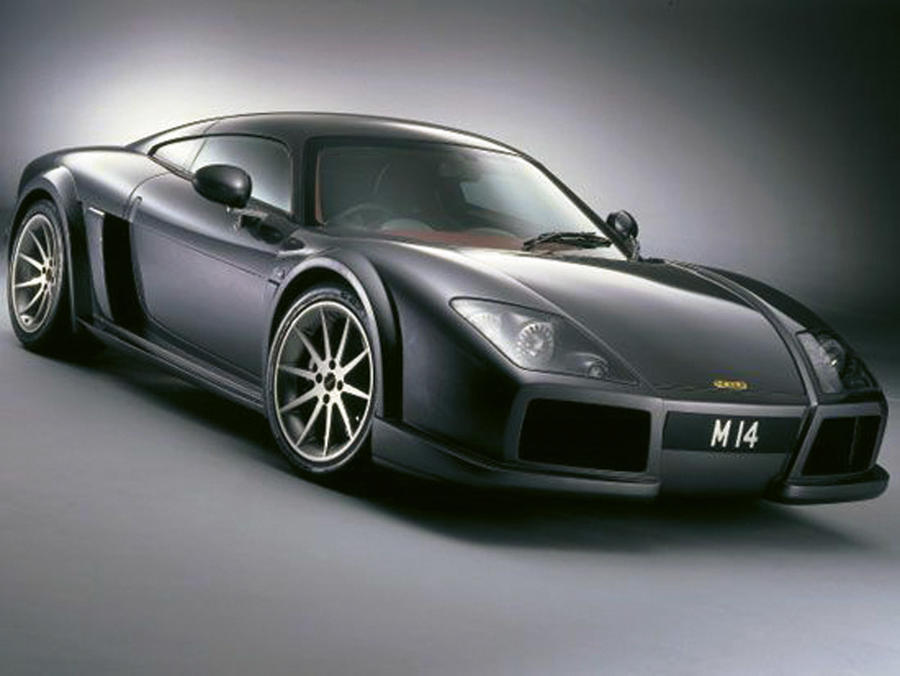 2008: Lee Noble leaves Noble Automotive and sets up a new venture, Fenix Automotive. His original firm begins development of the 650bhp M600 supercar, which will go on sale in 2010. 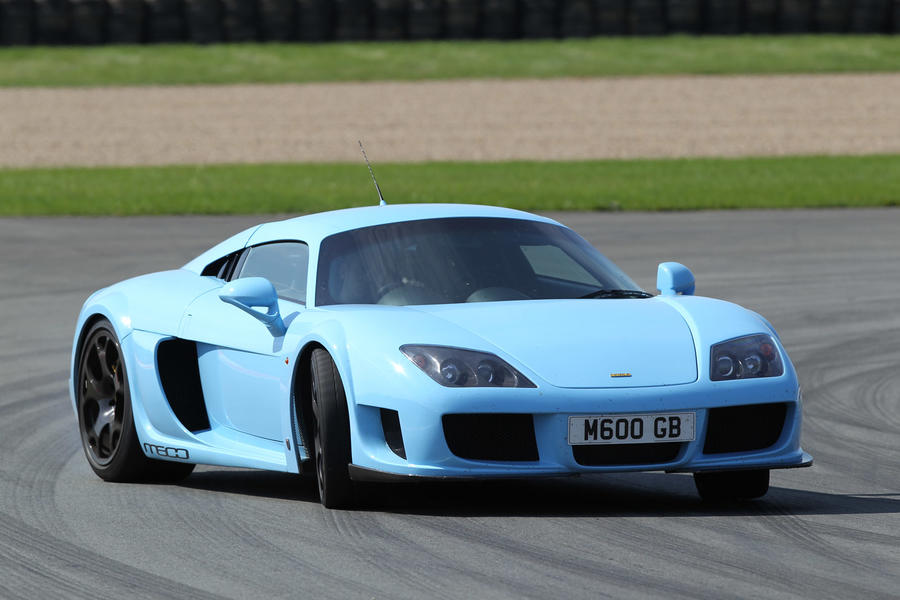 2018: The entry-level M500 is shown in concept form – just six months after managing director Peter Boutwood completed his first sketch – at the Goodwood Festival of Speed. Noble plans to pair a Ford V6 with a DSG dual-clutch automatic gearbox. 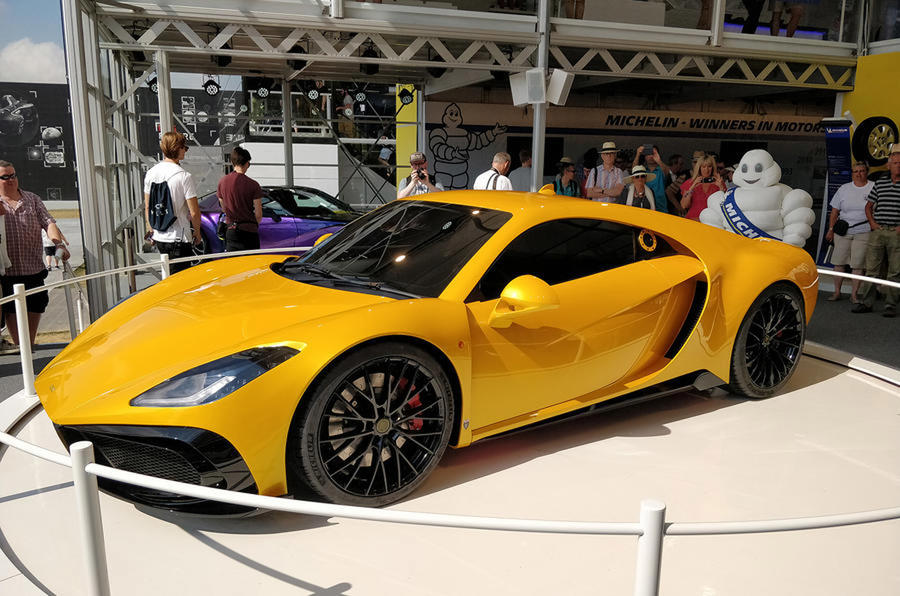 BAC Mono R: The hardcore new Mono R is claimed to be faster, more powerful, lighter and keener-handling than the already formidable Mono. A £190,950 list price puts it on a par with fully fledged supercars, but there really is nothing else like it. 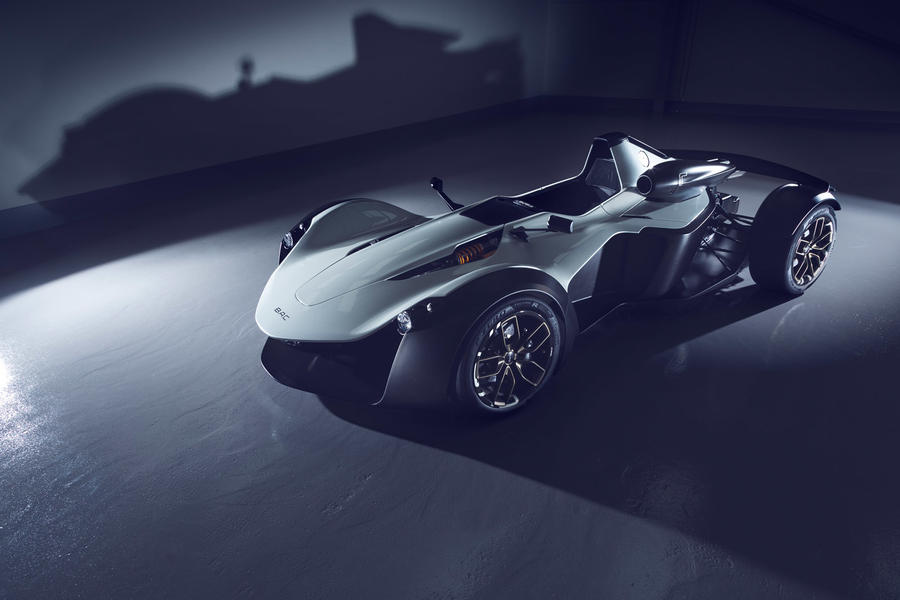 Ultima RS: Few cars simultaneously bring Bugatti Veyron-beating power, wear a numberplate at each end and cost the same as the BMW M3. Ultima’s most powerful model yet uses a Chevrolet V8 tuned to 1200bhp to sprint from 0-60mph in just 2.3sec and on to a top speed north of 250mph. 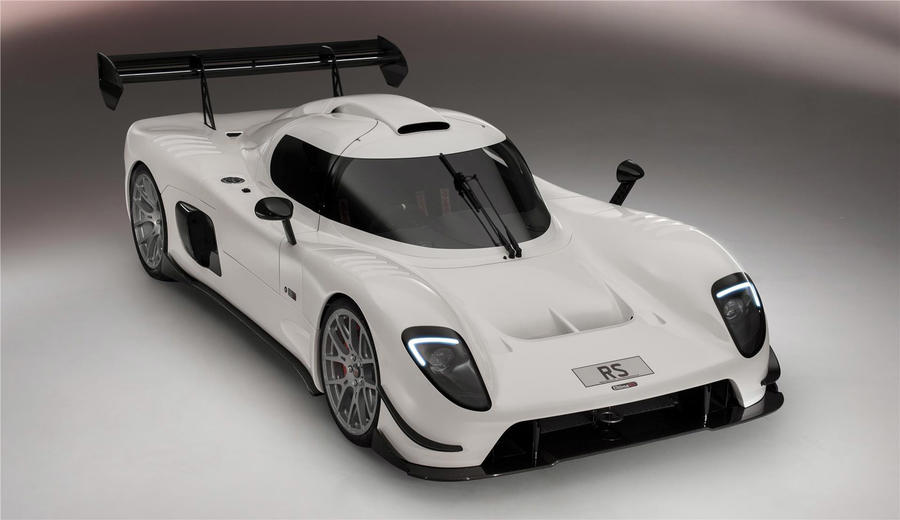 Wells Vertige: Developed by and exclusively for driving enthusiasts, the Vertige from new firm Wells is a lightweight two-seater with 208bhp and equal focus on dynamics and usability. It will be built in extremely limited numbers but cost just £40,000. 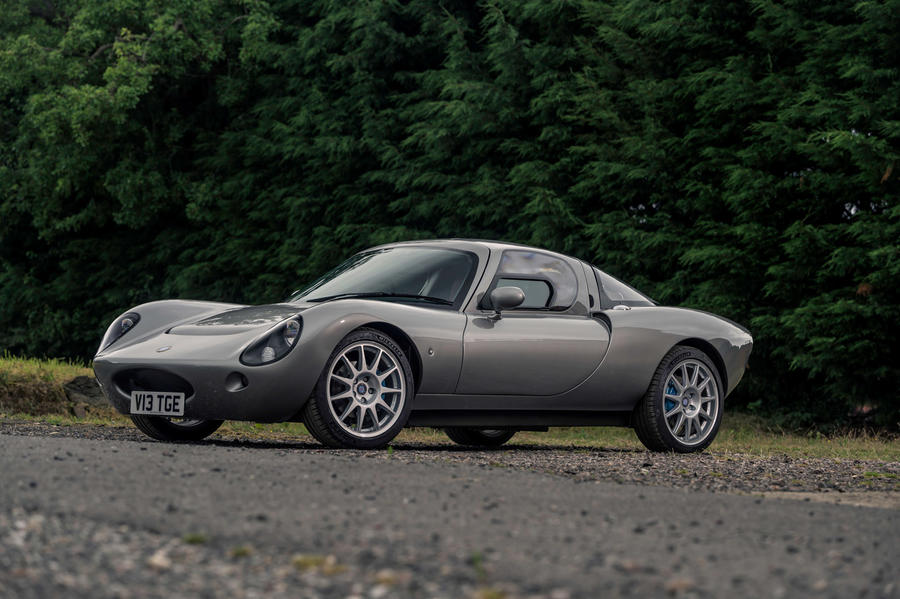