The new Super 3 is one of Morgan’s most important new models in recent years, ushering in a totally new design language, unprecedented levels of personalisation and – potentially – significantly enhanced global sales potential.

Among the most significant modifications are the switch from a front-mounted V-twin motor to an inboard Ford triple and the adoption of modern-spec interior technology, changes that will help the Super 3 to appeal to both new buyers and traditionalists.

We caught up with Morgan’s head of design Jonathan Wells to find out how the fan-favourite three-wheeler made it from sketchpad to showroom:

How did you decide on the size of the Super 3?

“Beyond the fact that we knew we wanted it to be as small and agile as possible, it was down to the size of the engine — which needed to be carried inside the body — and to the fact that we wanted to be able to carry big people. Once we’d decided the engine and the cabin package, we had the size.”

This car has had much more testing and development than previous Morgans, right?

“Well, more than previous Morgan 3 wheelers. Our new “Plus” cars were also very rigorously tested. Even the Super 3s in your photographs are more than a year old. We’ve spent all that time chasing details, making things better.” 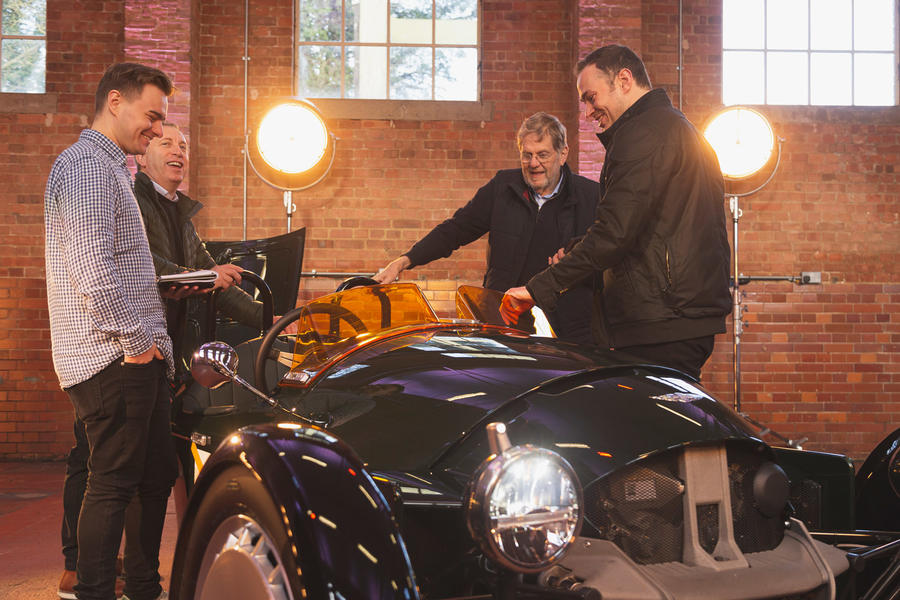 Did you make any special effort to make Super 3 look like other Morgan 3 wheelers?

“No, though we did use some underlying principles that make a Morgans, such as the design of the rear body and the horseshoe-shaped nose cowl that’s similar in radius to the four-wheel models. But even that cowl has extra functionality on the Super 3: it has nostrils that feed air into the induction system.

We’re proud of its mechanical honesty, but we think it progresses our design language from the biplane era into the jet age of the 1950s and 1960s. That works with the “Super” name, too.”

Will you have a special production line for Super 3?

“No, we’ve designed a process where the cars won’t need to move. There’ll be three rows of five bays in a factory space we call the Aero Shop. We’ll probably have to find another name for it now…” 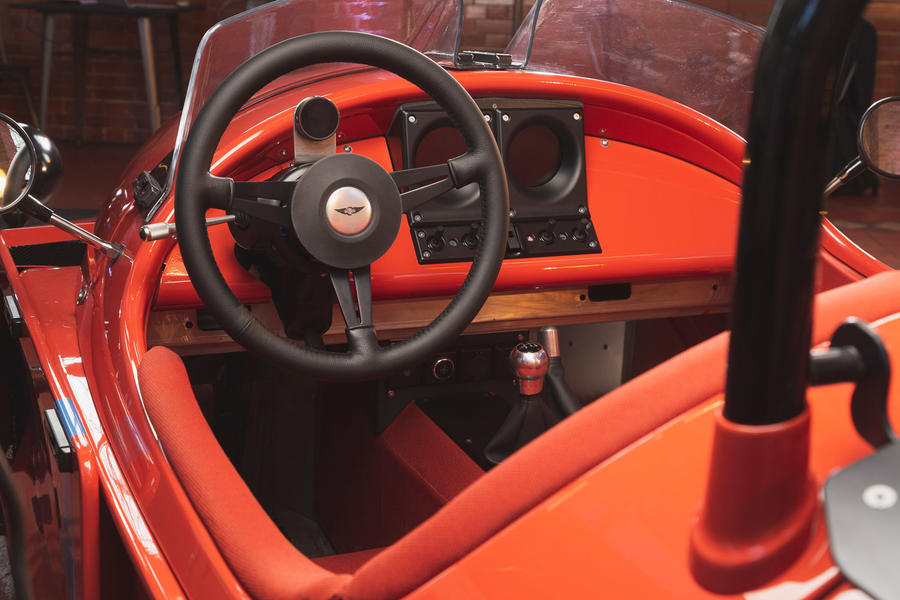 “We have, but so have a selection of suppliers we like, such as the clothing and luggage manufacturer Malle London. We love their stuff, and we’re looking forward to offering it with the car. Well have over 200 line items — everything from luggage and clothing to graphics, racks, satnavs, screens, Go-Pro mountings — you name it…”

Is Super 3 the first new model you’ve personally done from the ground up?

“I guess so, but you’ve got to remember that a car like this is the combined work of many people, not any individual. But it’s certainly my first Morgan that began with a single idea. That makes it pretty special.”