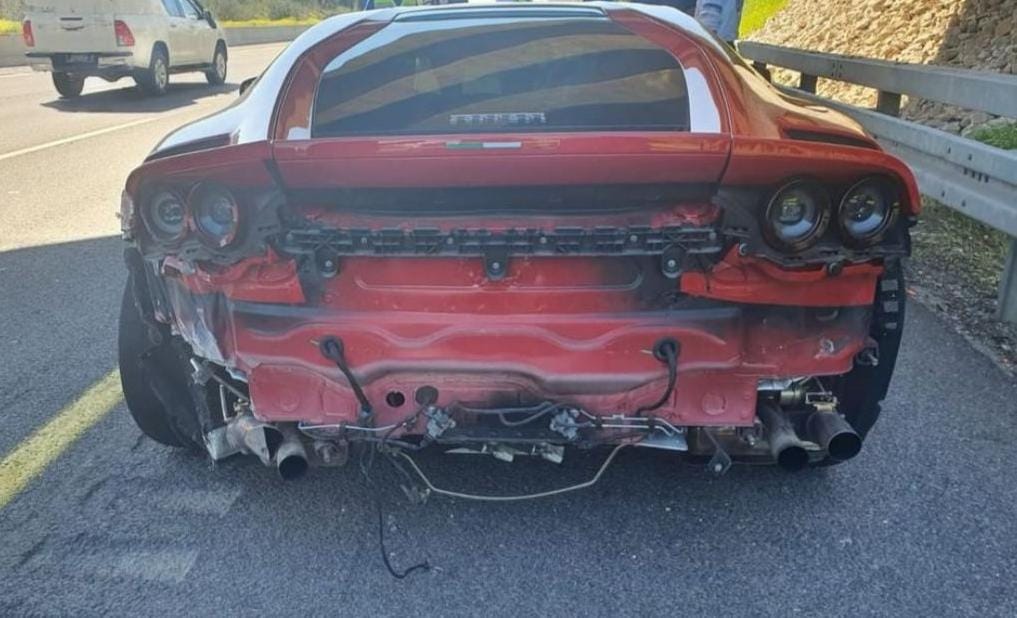 We have been fortunate enough to drive some fast cars and some really fast cars and it is just a matter of time until someone comes along and wants to ‘have a go’ no matter what car they are driving. We don’t take the bait but it seems the driver of a Ferrari 812 Superfat in Israel took the bait and learnt a very hard (and valuable) life lesson.

Dashcam footage shows the prancing horse undertaking numerous cars, including the camera car, at extremely high speed, with what appears to be a Seat Leon Cupra hot on its tail.

Both vehicles disappear out of view after passing some trucks in the slow lane but all of a sudden a fireball appears which is more than likely the Cupra. The camera car then passes the rear bumper of the 812 before arriving at the bumper-less Ferrari moments later. It is pretty evident that the driver is not entirely thrilled about what just happened but who is to blame here.

The Seat is more than likely totalled as an image found on JDN shows that the entire engine has been ripped clean from the little car.

Israeli news stories claim that three people were lightly injured in the accident and all refused to identify themselves to medics who attended the scene, opting to take themselves to hospital independently.

The Ferrari certainly took a hit but judging by the images, it will make its way to the repair workshop and return back to its glory days, at least we hope it will.