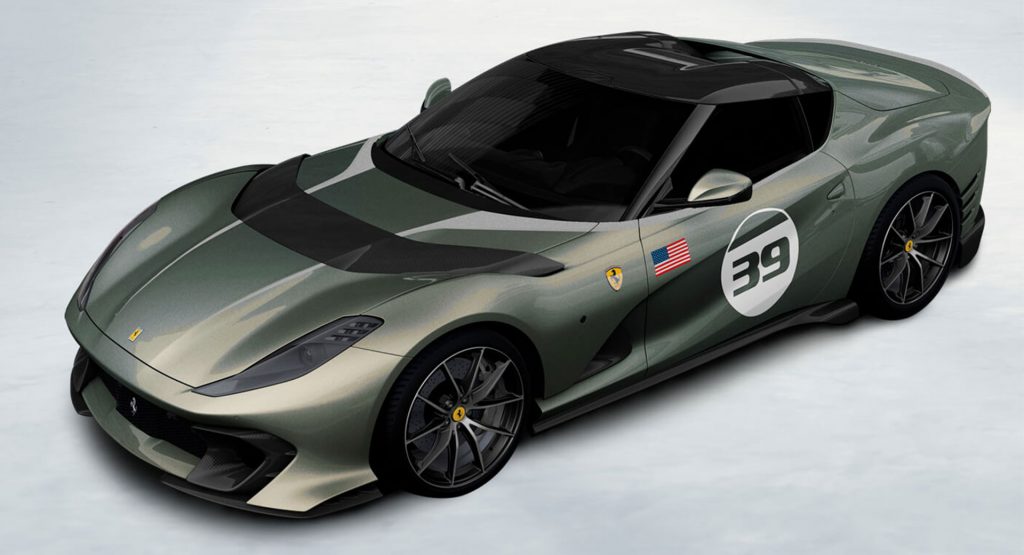 Ferrari has just unveiled the fifth and final color option introduced to celebrate the 10th anniversary of the Ferrari Cavalcade road trip.

This particular color gets its name from Syracuse, a city on the island of Sicily that served as the final destination for the 2014 iteration of the Ferrari Cavalcade. Ferrari says that “the silver and gold hues recall the way the sunlight falls on the baroque, marble architecture of Italian cities of art.”

In addition to the unique paint itself, each of the five models have been showcased with large ‘39’ stickers on the doors as well as an American flag decal on the driver’s door and an Italian flag on the passenger door. Contrasting the main paint color are white accents running across the hood, window frames, and rear lip spoilers of all five models.

As mentioned, Ferrari has introduced four other colors inspired by the Cavalcade event in recent weeks. Arguably the most striking of them all is a color dubbed Verde Volterra that combines elements of orange and green in an iridescent shade taking inspiration from the deep greens and earthy tones of Tuscany. Another striking color dubbed Rosso Taormina was also introduced.

So far, Ferrari has not said how much customers will need to cough up if they want to commission a vehicle finished in one of these five colors.