Can plush electric crossover emulate the success of its Hyundai and Kia siblings?

The new GV60 marks a subtle reinvention of Genesis. Which might surprise you, since it seems like barely a year since Hyundai brought its premium brand to the UK – because, of course, it is.

While there’s nothing in the name to give it away, the GV60 is the first bespoke electric car from Genesis and as such showcases its impending future as an electric-only brand offering a Korean-spiced alternative to the premium Germans.

While they’ve been generally likeable, Genesis’s ICE offerings so far have failed to really sell that vision – but there are good reasons to think the GV60 can change that.

That’s because the GV60 has good family genetics in the form of the Hyundai Motor Group’s advanced E-GMP platform, as used by the excellent Hyundai Ioniq 5 and Kia EV6. You probably know the chief traits of that by now: flat floor, good efficiency, 800V electrics, 350kW ultra-fast charging. But how will E-GMP’s potential translate to a properly premium experience?

Our first dynamic taste of the GV60 comes in a pre-production car (you can tell from the big stickers that read ‘PRE-PRODUCTION’) and isn’t in a specification that will reach the UK. The suspension on this EV is a mash-up of Korean and US spec and the software isn’t the final version. Hence the lack of a star rating.

It has the Sport Plus powertrain: two 215bhp motors that combine to offer 429bhp, rising to 482bhp if you press the big ‘Boost’ button on the steering wheel. Predictably, it has a mound of torque and a 0-62mph time of 4.0sec. So it’s the most powerful E-GMP car yet to reach the market, albeit at the punchy price of £65,405. 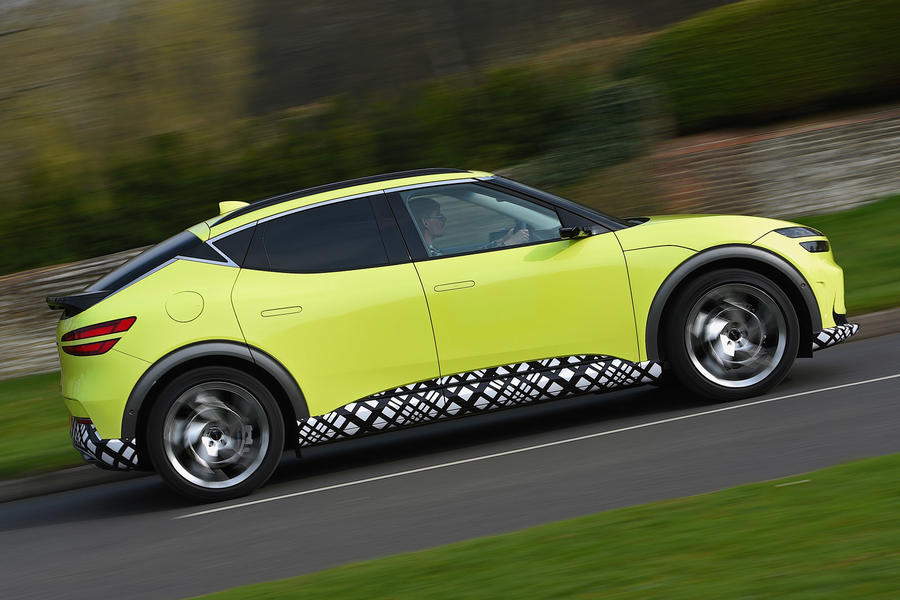 The fresh styling approach Genesis has taken with the GV60 is readily apparent, with a smoother, softer and perhaps slightly less austere feel than the firm’s ICE range. It certainly has presence, especially when finished in Day-Glo-style São Paulo Lime paint.

Just like the Ioniq 5 and EV6, the GV60 somehow tricks your sense of scale: in photographs, the rounded bodywork suggests a somewhat compact car, but it’s actually close in size to the Audi Q4 E-tron. That said, at 4515mm, it’s about 100mm shorter than its Hyundai and Kia siblings. There’s a family resemblance to the interior layout. The ‘floating’ centre console, twin-screen dashboard and spacious feel are all familiar. But there’s plenty of difference, too: blue nappa leather adds an upmarket feel and there’s a pleasing number of shiny silver buttons and switches.

While the Ioniq 5 has a minimalist, thin steering wheel, the GV60 has a chunky, button-laden one.

The touchscreen infotainment has been reworked for Genesis, too, with various premium features built in, such as a quiet mode and various artificial powertrain noises. 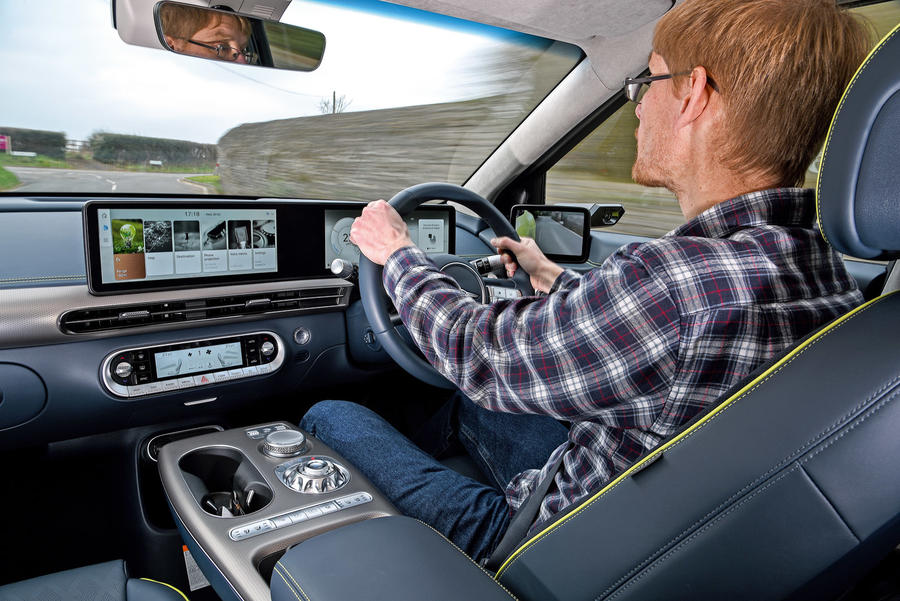 The two motors make the GV60’s performance predictably brisk. It’s quick to accelerate in Normal driving mode, ludicrously so if you jam the Boost button. Progress is easy, the powertrain is responsive and it’s just as happy cruising at slow speeds as it is unleashing its surfeit of power. It feels reassuringly stable, and the ride is generally decent on smooth surfaces, although it can be unsettled by rougher stuff. The unrefined suspension settings are likely to play a role in that, although the 21in wheels probably don’t help.

The steering has more weight to it than that of the Ioniq 5. And while still not the most engaging, it’s generally consistent and relaxing.

When you’re not exploring the vast potential of the powertrain, driving the GV60 is pleasing and comfortable.

It is this ambience that suggests Genesis can offer an alternative to the Germans: it feels upmarket but with a dash of youthful Korean cool worked in. Perhaps, though, the biggest challenge for Genesis comes not from the brands it’s taking on but from those within its family.

When Genesis was set up in 2015, the prospect of a Hyundai premium brand felt like a stretch. But now the group is already producing cars that are drawing buyers from posher brands. The GV60 is shaping up to be an excellent car; the challenge will be convincing people that it’s worth paying a premium for. 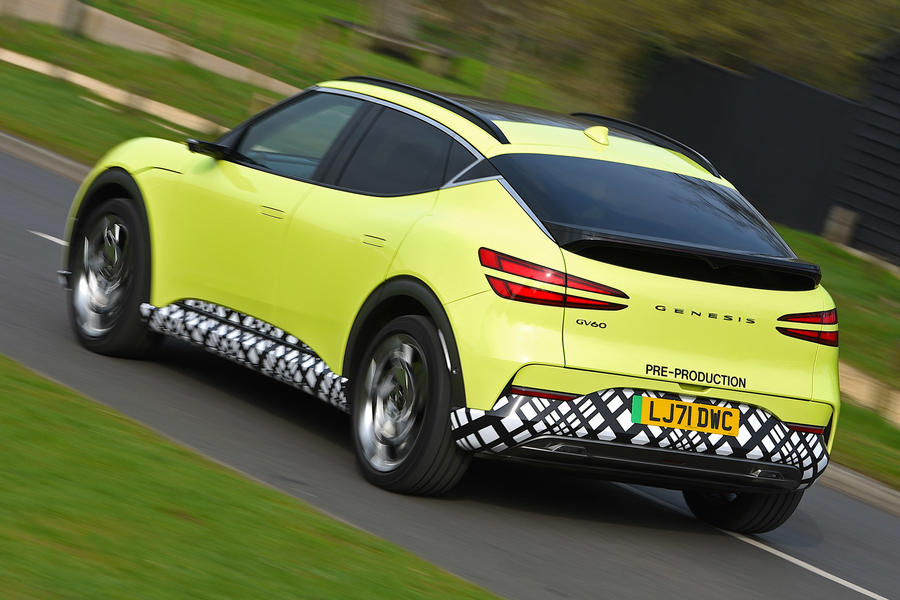