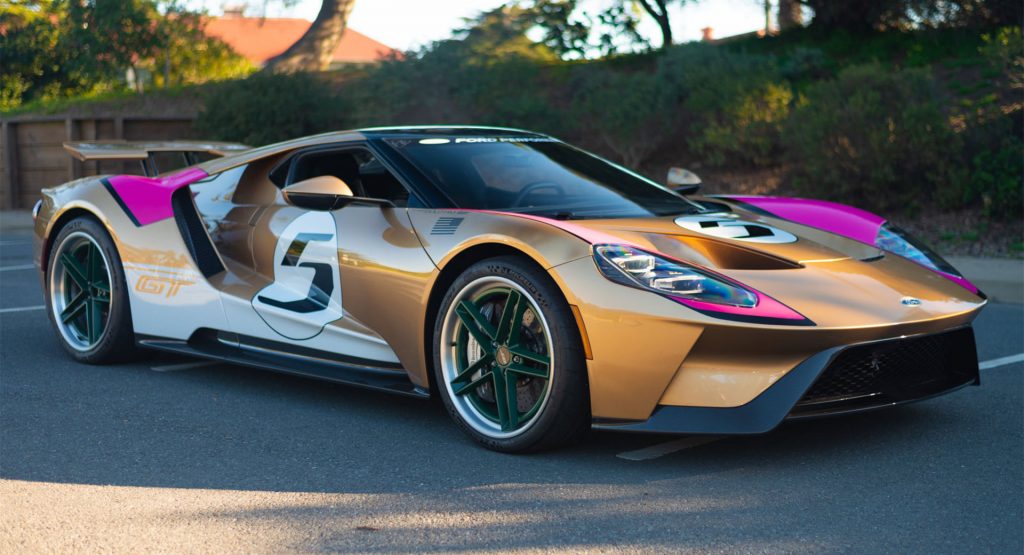 A particularly striking 2020 Ford GT has hit the used car market and while it won’t be to everyone’s taste, it is certainly unique in the history of the GT.

This GT originally left Multimatic’s Canadian factory finished in white with blue racing stripes. As eye-catching as the car already was, the owner got in contact with Camilo Pardo, the chief designer of the first-generation Ford GT, and commissioned a unique livery for the car that would pay tribute to its history.

Rather than using a wrap, the car was re-sprayed. The paint scheme takes inspiration from the Holman & Moody-sponsored GT40 that finished third at the 1966 Le Mans 24 Hours and is based around a color dubbed ‘Atomic Gold’. Contrasting the gold finish are a number of white and pink accents. 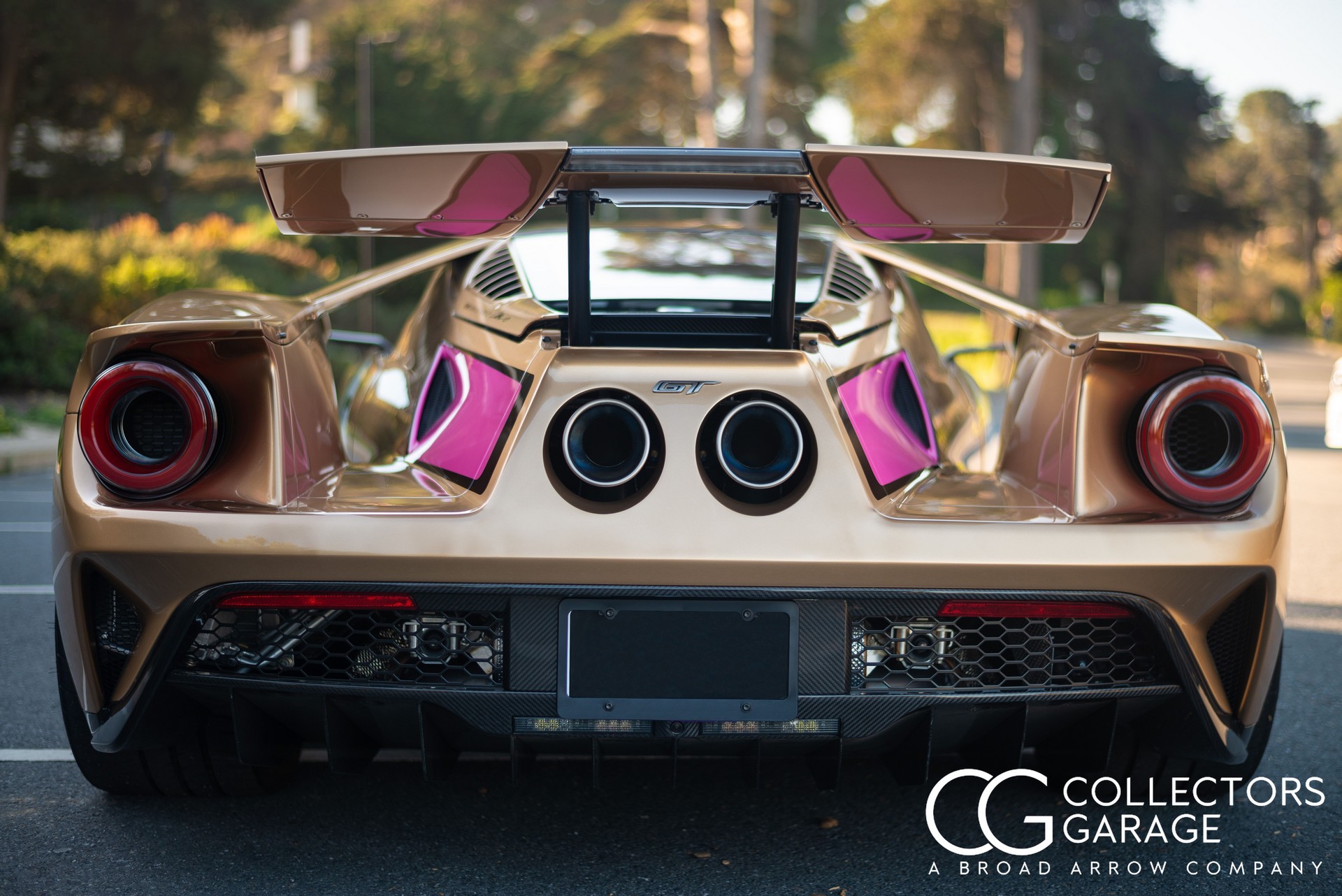 Elsewhere, the 2020 Ford GT has been fitted with a set of 20-inch HRE wheels with a green finish.

The Collectors Garage listing reveals that the car has only been used sparingly in its current ownership, although it has been displayed at a handful of events, including the Shelby American Collection and the 2021 McCall Motorworks Revival event during Monterey Car Week. It has been driven just 975 miles (1,569 km) since new.

As a 2020 model year, the car benefits from a tweaked version of Ford’s 3.5-liter twin-turbocharged EcoBoost V6 that’s now pumping out 650 hp. Ford also strengthened the bodywork for 2020 due to issues with earlier cars experiencing flexing and paint cracking across the carbon fiber buttresses. The interior has been kept largely stock but Pardo did modify the seat cushions so they can support a driver up to 6’5”.

Lightly used Ford GT models have been routinely selling for over $1 million in recent months and this particular example has a $1.2 million asking price.